Amitava Kumar’s book deals with one of the most complex problems of our time: crimes committed by the State in the garb of fighting a war on terror. 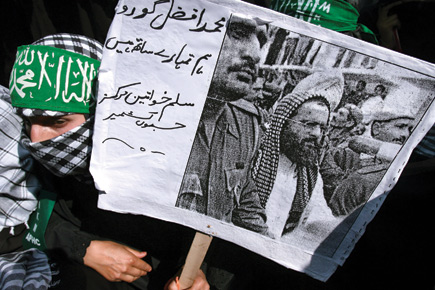 Amitava Kumar’s book deals with one of the most complex problems of our time: crimes committed by the State in the garb of fighting a war on terror.


The origins of Amitava Kumar’s latest book can be traced to a piece he was commissioned to write for Granta magazine—about an Indian, Hemant Lakhani, a failed cloth salesman, who was arrested by the FBI for trying to sell a missile. While travelling to India, Kumar hears similar stories, including one of a man from whose house police claimed to have recovered missile parts, which later turned out to be bobbins of a textile machine. All these stories form an essential part of Kumar’s book.

This is a very important book since it speaks of crimes committed by the State under the garb of tackling terror. Be it the paranoia in the US after 9/11 or in India post the 2001 attack on Parliament, liberal democracies, while accusing individuals of moral turpitude, have violated all norms of justice and fair play themselves. As the cover would tell you, this book is part reportage, part philosophy (it has been dedicated to Ashis Nandy), part protest.

In the introduction, Kumar talks about the identity of a terrorist. That a police ‘wanted’ poster describes one of them as wearing a pant and shirt makes Kumar wonder whether in a novel, the poster would also include details such as ‘likes Hindi films and perfume’. Some portions of the book are rendered brilliant by the kind of experiments Kumar attempts. In one of his jail interviews with Lakhani, Kumar uses the same simple questionnaire that VS Naipaul had used to interview Ayatollah Khalkhalli, Khomeini’s hanging judge, for Among the Believers.

However, too many references to protest art can put the reader off. As a narrative, the life stories of individuals caught like rabbits in the headlights of war stir something within, but the description of artists who probe terror takes away some of the reader’s interest.

Another problem is with the  stereotyping of the Indian Army in the Kashmir Valley through Kumar’s father’s second cousin, Colonel Prakash. No doubt the presence of the Army in mainland Kashmir is part of the problem and not a solution, but it has included bright and dedicated officers, not just alcoholics and mental wrecks like Prakash. Take, for instance, Major Sudhir Walia, who personally killed hundreds of hardcore terrorists without a single violation of human rights in his rather long stint in Kashmir, where he died a month after the Kargil war was over.

Though one understands that the book deals with problems arising out of (and portrayal of) Islamist terrorism, one would have liked it if it had included violations of human rights in India under the garb of other wars on terror—for example, the way the Indian State has been dealing with individuals who dare raise a voice against instruments like Salwa Judum in the war against Maoists.

And, a niggle that I can’t help but bring up since it is one thing I have dealt with through most of my journalistic career. As Wikipedia would tell you, RDX is called many names, including (but not limited to) Royal Demolition eXplosive, Research Developed eXplosive, and Research Department eXplosive. But definitely not ‘rapid detonation explosive’, as Kumar refers to it in his prologue.

Barring these minor oversights, Evidence of Suspicion is a must-read, because it confronts the most complex problem of our times. And also because it reminds one of writings of that great chronicler of war, Ryszard Kapuscinski.