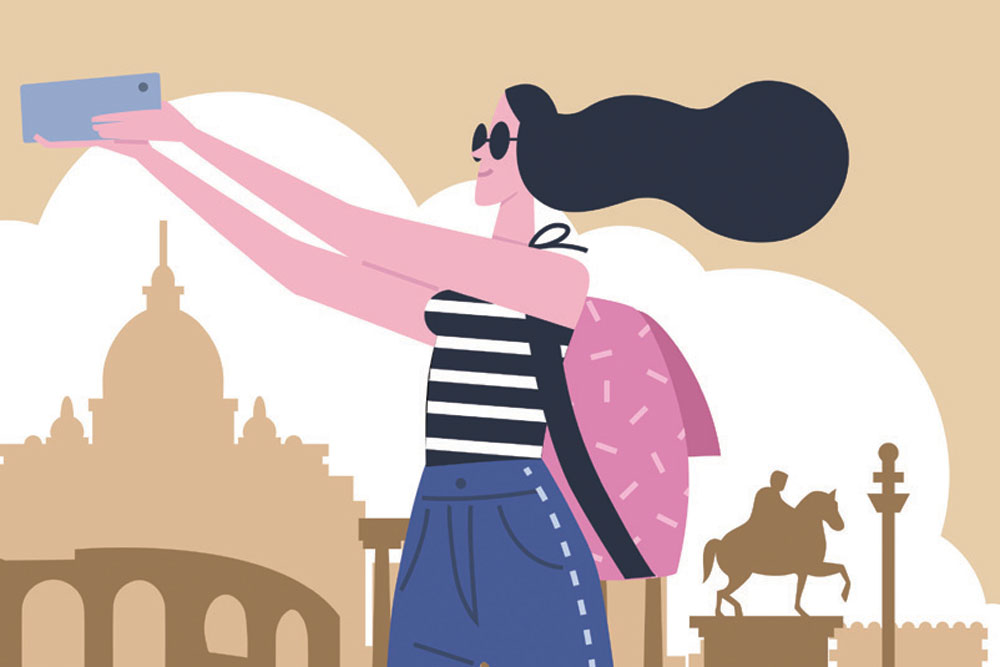 
EARLY ON IN RK Narayan’s The Guide, the narrator, ‘Railway Raju’, explains how his ability to quickly gauge a visitor’s personality and spending power were vital to his success as a tour guide in Malgudi. ‘I had classified all my patrons,’ he says. ‘They were very varied, I can tell you.’ But he then lingers on one type: ‘Some were passionate photographers; these men could never look at any object except through their view-finders. The moment they got down from the train, even before lifting their baggage, they asked, ‘Is there a place where they develop films?’’

We do not need to develop our films any longer — smartphone in hand, each of us is able to afford the luxury of clicking away endless photographs, and absorbing new sights via a screen with no worry about wasting reels. But our local economies remain ever alert to the needs and comforts of the visitors, and as the Italian writer, Marco D’Eramo, argues in The World in a Selfie: An Inquiry into the Tourist Age, we in turn are impacted by tourism. The current moment — with the memory of a full lockdown in 2020 fresh, and with Covid restrictions still in place on travel across borders and jurisdictions — is particularly apt to take a clear-eyed look at the tourism industry. From Agra to Barcelona, Venice to Bangkok, the continuing curtailment in tourist arrivals is telling on the local economies.

The World in a Selfie (published in March) is translated into English (by Bethan Bowett-Jones and David Broder) from the Italian original Il Selfie del Mondo, first published in 2017, and the intervening onset of the pandemic has given the text greater context. ‘Why hadn’t tourism’s importance fully registered before the Covid-19 pandemic and the lockdowns?’ D’Eramo asks in this edition. When he made the case that ‘tourism is the most important industry of the century’ in the Italian edition, he writes in the new edition, he was ‘looked at indulgently, as one who likes to exaggerate, who has a weakness for catchphrases’. 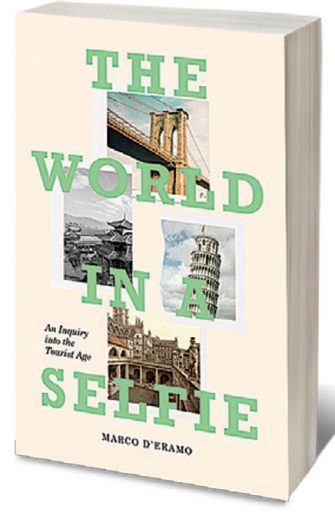 The economic argument for tourism’s centrality has always been solid—in 2018 it accounted for 10.4 per cent of the global GDP and supported 10 per cent of global employment, he writes, citing World Travel & Tourism Council data. The failure to investigate the importance of the tourism industry, he says, could be: ‘Because tourists themselves are hard to take seriously. They are often comically dressed, literally out of place, walking in mountain boots in the middle of the city, wearing ridiculous baseball caps alongside business-people in suits.’ (Narayan had suggested as much back in 1958.)

To understand our age, argues D’Eramo, we must come to grips with how the tourism industry has shaped our world. How the contempt for the ‘tourist’, that is, the ‘traveller’ reflects the class biases and hierarchies of the time: ‘The stages of the traveller’s growing contempt for the tourist correspond to the spread of the practice of leisure travel from the aristocracy to the bourgeoisie (nineteenth century), and then from the bourgeoisie to the proletariat (twentieth century).’ How the tourist city (‘any city with an annual number of visitors that supersedes the number of inhabitants’) alters the residents’ relationship with their hometowns: ‘While the number of visitors remains below the threshold, tourists use services and provisions designed for residents. Once this threshold is crossed, however, residents are forced to use services designed for tourists.’ How the vulnerability of the tourist city to fluctuating fortunes holds a wider lesson: ‘Any city that depends on one industry alone (be it tourism, finance, cars or fashion) is destined for an early death.’ How tourism can often bring out the worst in both tourists and locals. How ‘tourism is the planet’s single most polluting industry’. How tourism enables a cascade of enquiries on the idea of ‘authenticity’.

This pandemic shall subside, and tourism will revive. But perhaps it will be under a more reflective gaze.