In his latest outing, Karl Ove Knausgaard portrays himself as a teenager with literary ambition 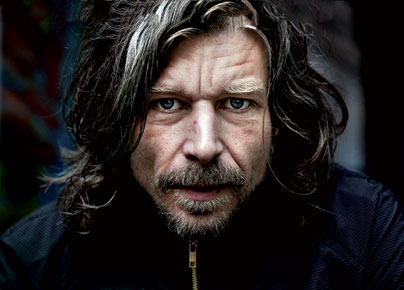 Norwegians were lucky to have read local boy Karl Ove Knausgaard’s six-part autobiographical novel, My Struggle, years earlier. His fans who read him in English—and that includes writers and critics the world over—have so far read only the first three volumes of his much celebrated work. As the fourth instalment, Dancing in the Dark, hits the stands, he has already transformed himself from a national obsession to a global rock star of a writer: The New York Times recently relaunched its magazine with his mighty travel essay, titled My Saga, as its centerpiece, where the writer is on the road, tracing the route taken by Viking explorers of yore in North America.

The various parts of the 3,600-plus-page series are not in any chronological order. The first part, A Death in the Family, is about the death of his father, who took to drink after his divorce with his mother. The second volume, A Man in Love, is about his failed first marriage (of course, his first wife had a different version to tell the media). The third, Boyhood Island, the translation of which came out last summer, is about his childhood memories, fun, anxieties of early love, school fights and so on.

In this part, too, he retains his unique storytelling style, hinged on his photographic memory, with enormous ease. His narrative, as usual, is marked by its innumerable digressions and attention to mundane details like sipping beer or lighting a cigarette, puking to exhaustion, getting blacked out, slouching into his couch, yanking his furious thoughts into his typewriter, and other such everyday things. Only, when put together by the genius that he is, clichés cease to be clichés.

This volume is about his irresistible craving to establish himself as a writer just after finishing high school when he decides to take up a teaching assignment in Hafjord, a forlorn place in northern Norway. By then a music nut and a drunkard of some notoriety back home, where he lived with his divorced mother, Knausgaard is brutally frank about his fantasies of his minor girl students, and the marathon partying in a small town where everybody knew everybody. The author, who was on the cusp of manhood back then, had two deep frustrations: one, though he had written numerous short stories, he hadn’t won much praise from anyone, not even from his brother. Two, he had never made love to anyone though he lied incorrigibly about his ‘exploits’ to friends— he was ‘convinced’ that he could never have sex because he suffered from premature ejaculation. He tried unsuccessfully to have sex with some girls. But he never gave up trying.

In this part of the memoir, we also get a glimpse of what he had already written in the first book: his complicated relationship with his father who had remarried and whom he would visit occasionally—and with his stepmother and her son. We get some idea of his instant success as a music reviewer with contrarian views and great style in local newspapers in Norway as a sixteen-year-old, his love-hate relationship with his grandparents, and his lust for the younger sister of his older brother’s fiancée, among others.

Knausgaard, 46, who now lives in the small town of Österlen in Sweden, away from the glare of relatives and friends who are upset with his letting out of secrets, is no-holds-barred in his portrayal of his friends and acquaintances (and doesn’t bother to change their names to protect their privacy), prompting his current wife, writer Linda Boström to threaten to leave him and uncle to lash out at him in the media for the portrayal of Knausgaard’s strange relationship with his father.

The two main themes in the fourth volume—his desire to cut his teeth as a writer and to engage in sex—appear all through the narrative. The author as a young adult reacts like a maniac to any criticism of his works. For instance, when his brother Yngve suggested that he enjoyed his short stories because they were written by his brother and may not be worthy of publication, he kept silent at the time. In this book, he writes with intense passion about what he felt back then:

In between fantasising, wild partying and irresponsible teaching, the young Knausgaard finds time to write enough and more, and with a pace that would later help him crank out his masterpiece. My Struggle sold more than 500,000 copies in Norway, a country with a population of just 5 million. Some employers were forced to declare ‘Knausgaard-free’ days so that employees didn’t spend too much time talking about his works in office. The Norwegian writer had launched his career with novels such as Out of the World (1998) and A Time to Every Purpose Under Heaven (2004), where he was much more guarded about talking about himself and people close to him—he used characters with fictitious names until he realised, as he revealed in an interview, the pleasure of telling the truth as it was.

The book discloses the author’s life as a young adult, passionate and reckless, a time when he would read voraciously—gorging on all books he could lay his hands on—and write whenever he could find time. It may not be wrong to assume that it was his teaching job in northern Norway, recounted in detail, that opened the doors to his anarchistic ways. Now a father of four, he finds it impossible to kick certain habits that became compulsive while he was there, especially chain-smoking. The book also offers deep insights into human behaviour, captured beautifully by the author. And he writes with a flourish we experience only from the likes of Dostoevsky, one of Knausgaard’s favourites besides Hemingway, Flaubert, Aristotle and Márquez, all of whom he re-reads with gusto.

Knausgaard writes: ‘What was special about these parties [in Hafjord] was that they weren’t restricted to or arranged for particular age groups—desperate twenty-year-olds (he one of them) here, resigned forty-year-olds there—no, everyone came to these community centre parties. Seventy- year-olds sat at the same table as teenagers, fish-processing workers at the same table as school inspectors, and the fact that they had known one another all their lives did not prevent them from letting their hair down, normal social relationships were set aside, you could see a thirteen-year- old smooching with a twenty-year-old, a juiced-up old lady dancing and shaking her dress cancan style while grinning a toothless grin. I loved it, couldn’t help myself, there was a freedom in this I had never encountered anywhere else.’

Knausgaard, who listens to songs (by the likes of The War on Drugs and Bob Dylan and Midlake) while writing, dwells in this book on his longing to take up a creative writing course as soon as his teaching assignment was over. The feeling was irresistible as was his craving to make love at age 19 after a series of failed attempts. The book ends with his engaging in marathon sex with a girl—who like him happened to be a music maniac—at the Roskilde Festival in Denmark:

‘We fell asleep, and we woke up and made love again, and then we went for a walk, saw two minutes of a gig, shared a bottle of wine, and then we hurried back to the tent. We stayed there all day. We got drunker and drunker. I couldn’t get enough of her arse and her big soft breasts, could not fathom what happiness had befallen me. As we kept at it she suddenly lunged to the side and put her hand to her mouth. I knew what was happening and withdrew. She crawled over to the tent opening… she spewed. Groaned and another spasm ran through her, and I saw her big arse before me, suddenly I couldn’t resist it, placed my hands on her hams, poked it in and began to pump away again.’

With 548 pages, this one, like the three volumes before, all of which have been translated into some 22 languages, is lengthy yet gripping. Translated with great brilliance by Don Bartlett (as Norwegian critics say), Dancing In the Dark was a straight 10-hour read for me without the slightest trace of monotony.