“I would say to writers, don’t give up your day jobs”

The editor-in-chief of Bloomsbury is in India to scout for talent. She speaks of India being a soft market and surviving the end of the Harry Potter series. 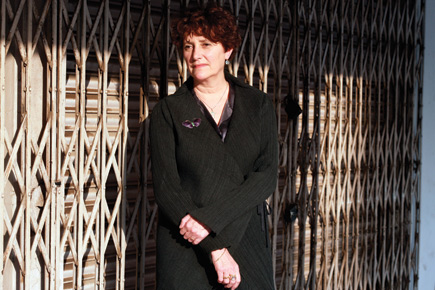 Alexandra Pringle, the editor-in-chief of publishing house Bloomsbury, is in India to scout for talent. She speaks of India being a soft market.


Alexandra Pringle, editor-in-chief of publishing house Bloomsbury, has a list of writers which includes Jhumpa Lahiri, Margaret Atwood, Michael Ondaatje and Daniyal Mueenuddin. In India to scout for talent at the Jaipur Literary Festival, she speaks of India being a soft market and surviving the end of the Harry Potter series.

Q What do you hope to achieve at the Jaipur fest?

I’m primarily here because a few of my authors like Esther Freud and Tishani Doshi are participating in the festival. But it’s also a good place to meet authors, and I hope I can publish some of them as a direct result of the festival. Really, in such a short time, the Jaipur festival has become the biggest literary event in the world, comparable to Hay-on-the-Wye and the one in Canada.

Q Everyone predicted Bloomsbury’s doom after the last Harry Potter was published. How have you fared since?

It was scary. It was like walking a tightrope and looking down. But we came through it alright. Our list last year was rather pleasing actually. We had about ten bestsellers, including Elizabeth Gilbert’s Eat, Pray, Love. But every January, it feels like I’m on the foot of a mountain looking up, then in December, I feel I’ve reached the top safely, and January comes again.

Q Any new book from JK Rowling? Is there a battle to get the rights for her next book?

I’m sure she’s writing, but we don’t know what. There are two reasons why an author would move to another house. One, money, and Rowling sure doesn’t need more of that. Two, she’s unhappy with the editor. And we share a relationship with her.

Q What can we expect from Jhumpa Lahiri?

She’s writing a novel, but we don’t know when it will be published yet. She’s a genius, though, don’t you think? Every sentence she writes is just perfect.

Q What are Bloomsbury’s plans for India?

Tishani Doshi and Jaspreet Singh are the new talents on our list, but our fiction list is really aimed for the international market. It’s difficult to judge what will do well in India in particular.  Eat, Pray, Love did better here than internationally, as did William Dalrymple’s Nine Lives. Both have elements of spirituality in them, so we think that may have something to do with it.

Q How is the publishing industry adapting to e-books?

E-books will certainly be very important but I don’t believe it will be the death of the book. The interesting thing is, the more number of people reading e-books are over 50.

Q Do you think it is possible to make writing a full-time job?

It’s very difficult. Some writers have luck early on, but cannot sustain it later in their lives. Being a member of the Royal Literary Fund, I’ve seen some very famous writers starving later in their lives. I would say to writers, don’t give up your day jobs. Writers should never write to make money.