Belonging and outsider-ness in books from the Northeast 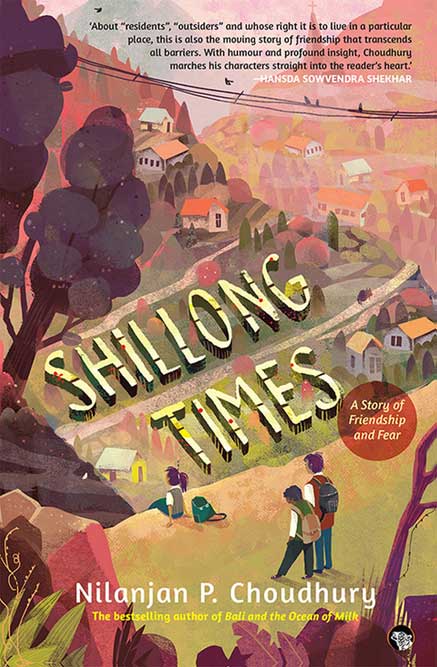 For a while now, English writings from the Northeast have played the role of mediators. They are an active and indispensable bridge. But, continuously imagining that bridge somewhat obscures how older bridges looked. Hence, stories that reach the mainstream from the Northeast are often at loggerheads with the thin line drawn between recognition and aspiration. Easterine Kire is aware and familiar with this state of affairs. At a book launch some years ago, she had said about indigenous English; “We no longer write the coloniser’s tongue…we write our own Englishes.” As much as I consider that reason as valid, her book A Naga Village Remembered (reprinted as Sky is my Father) suffers from a reverse case of ethnic burden, especially in its tonality. The 1880 Khonoma treaty between British Government and village representatives that she archives is no doubt a crucial account of Naga history. However, her keenness to mediate oppositions ruins the storytelling.

It is in that way, similar to Birendra Kumar Bhattacharya’s classic Yaruingam (2002), which uses Risang and Videsselie as two differing sides of Naga nationalism, hoping to achieve some form of middle ground. In fiction, there may not be any such pacification possible—but a conscious attempt at it makes for dreary and predictable prose. Yes, the extension of power interference in Khonoma (first by the British and later by the Indian state) changed the dynamics of land, ancestry and battles. But Kire’s book is torn between a mourning and celebration of warrior-hood. It gets further entangled with Khonoma’s resistance to the Christian missionaries. In the book, Levi’s long preachy (and mediatory) advice to his fellow tribesmen that they will drown themselves in liquor thereby losing in the battlefield is typical of such missionary reforms. It is also perhaps, erring to use predatory vocabulary ‘encroach’ to counter the ‘outsider’ gaze upon the Khonoma village. Nineteenth century colonial contact among the Angamis tells us of a far more nuanced history. It cannot be analysed with tigers and spirits on one hand, and the armed Britishers on the other. Set in the 1880s, Kire’s projection of outsiderness is still at a much linear, rural and local level.

Fast forward to the 1980s in the neighbouring Khasi hills. This notion of outsider-ness has reached its urban and monstrous shape in Nilanjan Choudhury’s Shillong Times. It gnaws traditional society from within and we see the horror through a growing teenager’s (Debu) eyes. It is bound to leave a greater impact than that of Anjum Hasan’s character Sophie Das in Lunatic in my Head.

Both Debu and Sophie are victims in disparate ways of a place they share in common: Shillong. The newly populated city with its migrants had persistent cravings to retain ‘purity’, it never owned. And contrary to the waves of rock music that attempts at bringing people together despite differences, the 1980s saw tremendous unrest and displacement of Bengalis following ethnic clashes. Now, while Hasan’s Sophie escapes Shillong, Debu seeks reconciliation. He loves his college and his friend Clint Eastwood, and despite his mother’s vehement order to keep away from ‘tribals,’ Debu mingles on. He questions the term ‘dhkar’ and offers insights from different vantage points. So far so good. But, it is the last few pages that send shivers down one’s spine, when Debu’s father is physically attacked and is rescued by Clint. A similar but lesser aggressive event happens before in the book when Debu is targeted and Audrey saves him from a Khasi man saying, ‘He’s a friend’. The offer of catharsis sends a sensitive message but one is also bound to think otherwise. Sure, Debu found a friend, but what if he didn’t. What if outside of fiction, these mediator figures are rare to find? Would the recent lynch victims Nilotpal and Abhijeet be with us today had they been accompanied by mediator friends in Karbi Anglong? I leave you with this dreadful question mark.