This debut novel gives you a kick. A quick one 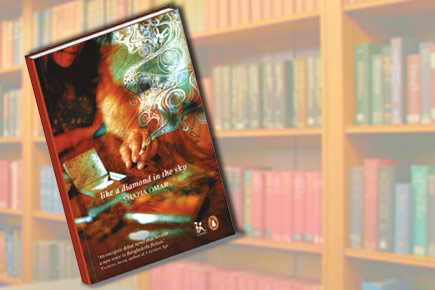 Like a Diamond in the Sky gives you a kick. A quick one


Like a Diamond in the Sky is for you if you like a breezy novel set against a credible backdrop that could inundate you with copious amounts of drugs, sex and rock’n’roll—in that order. To be precise, it’s a grunge tale of drug abuse in the bylanes of Bangladesh’s modernity.

It is not for you if are looking for a gripping saga that could transport you to another paradigm. Transport it does, but on matters very addictive and self-destructive. Deen, the protagonist, is a strapping 21-year-old youth in Dhaka who could be undisputedly crowned the king of all ingestions of the ‘higher’ kind. He and his buddies are ‘khor2cores’—druggies who chase mind-altering inducements such as ganja, smack, pills, brown sugar, heroin, meth, you name it.

Strangely, his lady love, Maria, a sensuous college-going goddess in chiffon kameez, is the only one in his circle who misses out on an addiction. Although she drinks, that’s not the point. Maria instils in Deen emotions of all kinds—those tending towards horizontal happiness being the most prominent. Every time the two have sex, Deen wants to get away and roll a joint. Maria, on the other hand, often appears in the book with a hearty dose of erotica.

Then there’s the morally bounded detective Sergeant Allaudin Akbar, who thinks druggies are the scum of society, the ones out to rape and murder his daughter when she grows up. One would expect a better predicament for him, considering he seems to be the only clean guy in the book, but that’s okay.

Behind all this hums a modern Dhaka—a picture Omar fluidly paints as ‘the inevitable cesspit of all the maddening crowds’. And a modern Bangladesh that Deen thinks is ‘the sewer of India, the ass wipe of America, the sycophantic beggar child of Islamic fundamentalists’. The novel brings out the dark side of Bangladeshi youth who dwell in addiction and the illusions that come along with it.