In praise of women who thrive in adversity 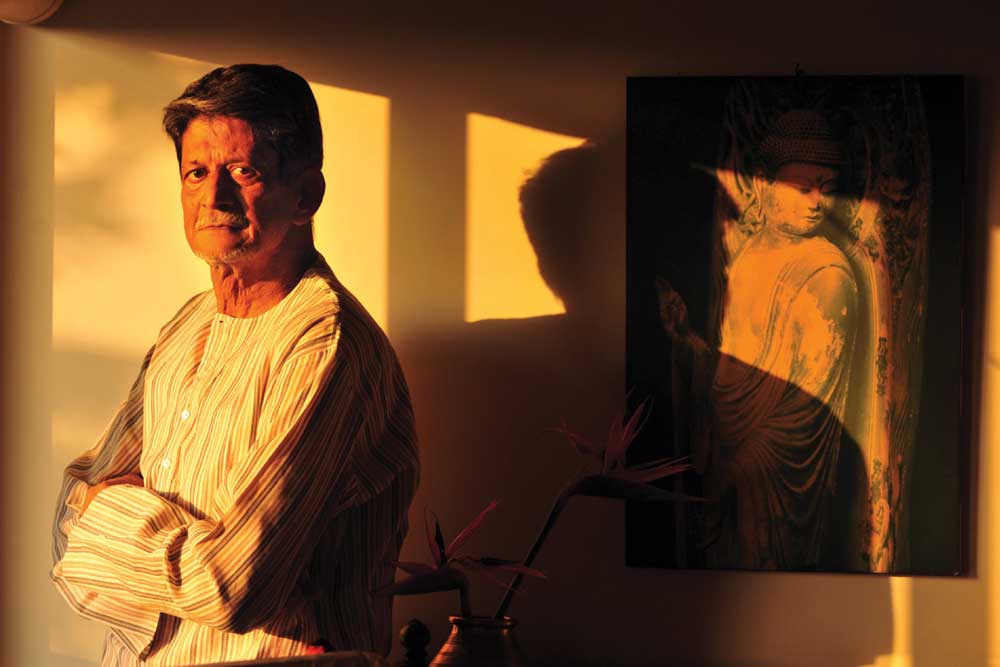 THE BEGINNING OF a novel is always a blank page. Kiran Nagarkar’s latest, Jasoda, too has its introductory pause after which its eponymous protagonist appears on stage for a brief moment. In that glimpse, she unyokes the cows, takes off her ghagra, lets her son play with the drawstrings and gives birth to a baby girl, a girl she strangles to death.

Another blank page hits us, for the novel hasn’t even begun. It’s just the prologue.

Jasoda is the woman in parenthesis here, a woman who belongs to the fictional village of Kantagiri, struggling to feed her family, a woman just like any other bound by duties of hearth and home. Bringing his heroine to life after 20 years of procrastination, Nagarkar gives us an unforgettable read. It’s an exploration of the knot of contradictions women like her are—traditional but unconventional, subservient and yet enterprising.

Jasoda, the midwife, is married to Sangram Singh, the son of the former prime minister to the king of Kantagiri. Sangram, who comes off as pure malevolence, is a philanderer and personal assistant to the king’s younger son, Prince Parbat Singh. Kantagiri, a land presumably in Rajasthan, has not seen ample grain or clouds in the last decade. Funeral pyre wood is considered a luxury.

As the people begin to leave Kantagiri, Jasoda’s income as a midwife dries up. With Sangram busy plotting his machinations in the palace and exploiting lower castes in the village, he tells her to go to any big city to care for the family.

When Jasoda moves to Mumbai, there is an emotional release from the claustrophobic atmosphere of Kantagiri. As she steps into the city of crowds, hope hums around her. Though her sons beg, peddle drugs, sort out garbage, and she gets molested by the ‘pavement owner,’ she is able to feed herself vegetables and not just chillies with roti.

Throughout the ordeal, Jasoda never once furrows her brows. Life is routine. She will pop a baby out and bundle up rotis and jaggery for her husband in the same hour. Which is why through most of Part One, which is almost half of the novel, she fades into the background until you start wondering why the novel is named after her. While 2017 was the year of ‘The Silence Breakers’, as Time magazine put it, women like Jasoda don’t break their silence. They get on with their lives, carving paths to protect their family. It is in this tenacity against adversity that the novel becomes Nagarkar’s salute to such women. Jasoda is about women who are beyond #MeToos, who are married to their Weinsteins, for whom their very lives are at stake and not just their careers.

These are women who lead from the front as they fight water wars back home, migrate to crowded cities with children, are molested and have their children kidnapped. But they still resist. They live to see another day. But sadly too, as Jasoda smothers baby girl after girl, the bitter irony hits you. This is Stockholm Syndrome at its most twisted.

As Nagarkar writes in the epilogue, ‘There is no dearth of Jasodas in slums of the major metropolises not just in India but all over the world. Again, she’s not necessarily found in extreme poverty alone but also in middle-class homes and even affluent ones… In quotidian life, it’s very often the women who are epic heroines. Jasoda would find it risible if she found out that I thought of her as heroic. She would correct me and tell me it’s just life with zero options.’

Though Nagarkar’s quintessential Rabelaisian satire—in the sub-plot of Sangram Singh and Prince Parbat Singh or the wily men hanging onto an old world order—is spot on, my grouse is the facile manner in which childbirth is described. It is hard to believe that Jasoda is able to breastfeed her firstborn as she is pushing out the girl. Quibbles aside, Nagarkar’s heroine is an inspiring tale of fearlessness.