A modern retelling of a myth juxtaposes fate, morality and power with feminism 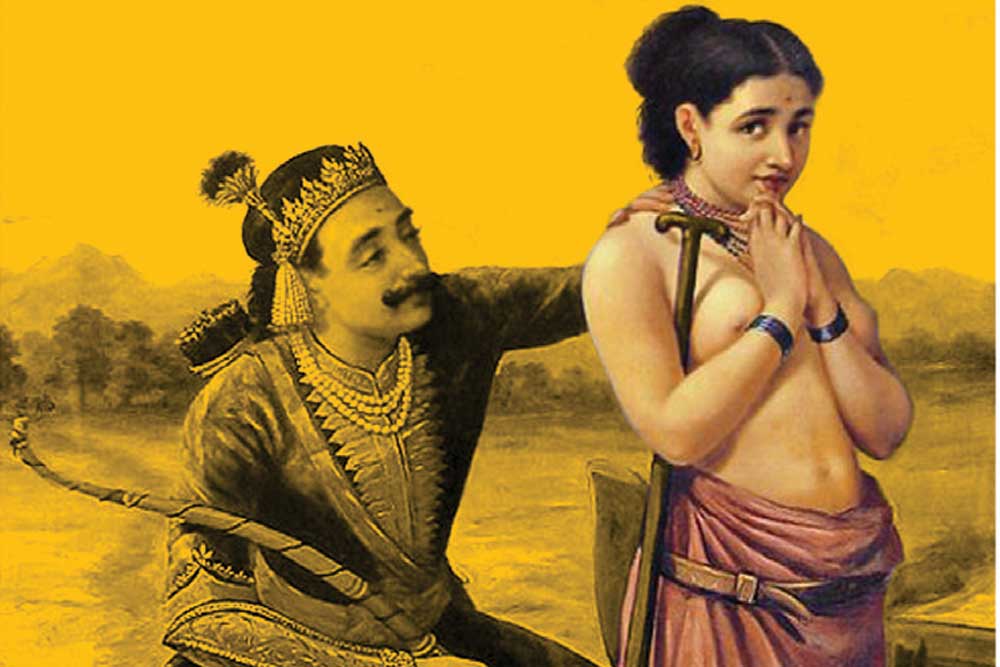 WALK INTO A bookstore on any good day and you’ll see at least two mythological fiction titles in the Indian New Releases section. This genre has been part of adult fiction reading for about five years now. It’s quite natural for mythology retellings to have come of age in a culture where the present generation of readers and writers have engaged—through much of their childhood—with a range of myths told to them both by their grandmothers and Amar Chitra Katha comics.

Tales from mythology have twists and turns, gripping and fantastical plots—a prince marries a demon, another marries a goddess, gods appear as fish and dwarves, kingdoms are gambled away. All is rife with a sense of fatefulness. Contemporary mythological novels retell these from the point of view of a fringe or secondary character, or try to break the stereotype of the perfect hero. Some place them in a relatable historical and social context.

Meenakshi Reddy Madhavan’s The One Who Swam with the Fishes is the first in a series called Girls from the Mahabharata. She has sourced the story of the ageing King Shantanu’s young bride, Satyavati, in part from the Amar Chitra Katha rendition and in part from a retelling by Ramesh Menon.

Madhavan tells Satyavati’s story in first-person narrative, bringing us up-close with an unexpected aspect of this brief, plain story, in which a young woman agrees to marry King Shantanu only on the condition that her son be made heir to the throne of Hastinapur. King Shantanu’s grown-up son, the crown prince Devavrata (better known as the formidable Bheeshma), gives up his claim to the throne and swears never to marry, sacrificing his legitimate right for his father’s happiness.

Madhavan transforms what seems like Satyavati’s story of opportunism and greed into the layered and disturbing portrait of a young orphan girl destined to be a game-changer in history. Chapters alternate between ‘Then’ and ‘Now’. ‘Then’ is but a year earlier, a time when Satyavati was on the brink of womanhood, and called Matsyagandhi (smelling, inexplicably, like fish gone bad) by her foster family and village. In reality, the daughter of a king and an apsara (cursed to be a fish), Matsyagandhi has been raised by the fisher king and his wife in their tribal village by the river. She starves for love and longs to belong. When the couple bears their own son, Chiro, Matsyagandhi is thrown out by her foster mother.

Madhavan smoothly shifts the story into the realm of magic realism. Matsyagandhi’s foray into destitution is exquisitely described. The girl is lured by the promise of home and a new family, and is eventually abused and abandoned. She is, however, gifted with sexual allure, charm fit to lure a king, as a sort of compensation package.

The chapters called ‘Now’ take on a new perspective for the reader, who follows Matsyagandhi’s transformation into the beautiful Satyavati who forces King Shantanu to wed her and promise his throne to her sons. The barter is complete. Destiny has come full circle. The innocent—orphaned and abused— has used her sexuality to snatch another man’s inheritance, to become queen of a great empire. Which, to begin with, was her heritage as the birth child of a king and an apsara.

Matsyagandhi’s exploitation at the hands of a much older man in her adolescence is propped up with the telling of an earlier incident of abuse, again by an ageing man of an eight-year- old Matsyagandhi. And then the willing barter of her body to a man at least 30 years older than her, for the throne of Hastinapur. This makes her, by the end, a hardy yet poignant victor—a girl who knows both the vulnerability and the power of her own sexuality—but is still the victim of an abusive patriarchy. ‘’I have seen fourteen rains and never did I feel older than I do now,’’ she observes in the end.

The ironies that Madhavan threads into this tale leave the reader with much to think about. Themes of fate, morality and power overlay a subtle and essential feminism to make this lyrical book a must-read. If this is Madhavan’s first book in the Girls from the Mahabharata series, there is much to look forward to in the months to come.