Embarrassed by the Empire 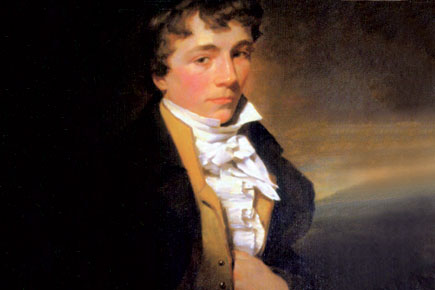 Shortly after David Cameron’s first prime ministerial visit to India in the summer of 2010, The Sunday Times (London) carried a lurid headline: ‘By Jingo, PM’s family killed for the Empire’. The story ran that Cameron’s great-great-grandfather had partaken of the brutal suppression of the rebellion of 1857, including participating in ‘a mass hanging of civilians that would probably be interpreted as a war crime by modern standards’. Ferdinand Mount, who is a first cousin of Cameron’s mother, writes in the introduction to this book that he was startled and disoriented by this report. ‘It upset my long-established view of things in general and of my grandmother’s family in particular.’

This confession should not be taken lightly. For Mount is a seasoned man of letters and political observer. A distinguished Conservative, he worked for Margaret Thatcher as a policy advisor during her early prime ministerial years. The author of lovely historical novellas like Umbrella and an erstwhile editor of the Times Literary Supplement, Mount can hardly be doubted.

Yet it turns out that the British empire in India was terra incognita to him. ‘The truth is that for my parents’ generation, and for mine too I think, the subject of the British Empire in India was unmentionable. The memory of it was a huge embarrassment, a chapter in our island story that we wanted to skip. We brushed it away with jokes about pigsticking and memsahibs.’ Indeed, Mount’s wonderful memoir Cold Cream (published in 2008) didn’t invoke the imperial connection even as a distant echo. Resolved to find out more about his family’s encounter with the Raj, Mount plunged into the archives.

He has surfaced with this hefty volume, the biggest book he has written so far: ‘a collection of India tales, a Human Jungle Book’ as he modestly calls it. Mount is thunderstruck by what he has found, in The Tears of the Rajas: Mutiny, Money and Marriage in India 1805-1905. It is tempting to say that like Captain Renault in Casablanca he is shocked— shocked—that the British resorted to such appalling violence to tame the turbulent Indians. After all, the brutal side of the empire was evident even in Mount’s own youth: think only of the repression of the Mau Mau rebellion in Kenya. Yet Mount is genuinely horrified by what he has read and discovered. And this accounts for the girth of this tome.

Braided with the story of his ancestors’ engagement with India, is an account of the ‘horrors’ of British rule: the massacre of 300 sepoys during the Vellore Mutiny of 1806, the naked aggression against native states, and above all, the bloodlust of 1857 and its aftermath. None of this will be news to most Indian readers. Yet, they may be surprised by the number of pages that Mount devotes to cataloguing these well-known massacres—even when his ancestors were not directly involved in them. While the violence of such moments in imperial rule isn’t surprising, it is strange that Mount presents a one-dimensional portrait that overlooks other dimensions of the colonial encounter. This is partly because Mount’s reading of the wider history of the Raj is ropey. He relies too much on general histories that drew on other such books: a bit like trying to brew fresh tea with used tea-bags. More problematic is his frequently anachronistic take on the period and some strange attempts at drawing parallels with the present. How useful is it to compare the Peshwas of Poona with the Assads of Syria?

Yet it would be wrong to judge the book by the author’s excursions into the history of the British Raj. At the heart of the book is the story of his forebears in India told through the lives of three intermarried families: the Lows, the Shakespears, and the Thackerays. Starting with John Low who arrived from Scotland in 1805 and joined the 1st Madras Native Infantry, Mount traces the careers and experiences of an enormous cast of family characters over a century. Here we also encounter Mount the graceful prose stylist, the painter of charming thumbnail sketches, and the keen observer of human foibles and personal relationships.

The hero of the book—and there aren’t many that come off well—is General John Low. Although he began as a lowly officer, John Low soon became a Resident at the court of several princely states, including Jaipur, Rajputana, Lucknow and Hyderabad. From his perch, Low cast a critical eye on the policy of annexation set in motion by the Governor General Lord Dalhousie. Mount writes approvingly of Low’s sympathies for these local potentates—the Rajas of his maudlin title; for all the blood and loot that he puts on display, he appears to think that a gentler model of colonialism might have been better for the British rulers as much as their Indian subjects.

This is perhaps as mistaken as his view of British colonialism as simply a tale of loot and gore. In any case, this richly self-indulgent book should be read not for its historical insights but for the pure pleasure of a marvellously written chronicle.