Michael Lewis on the oddballs and wiseguys who saw America’s financial crisis coming and made whopping fortunes betting the other way. 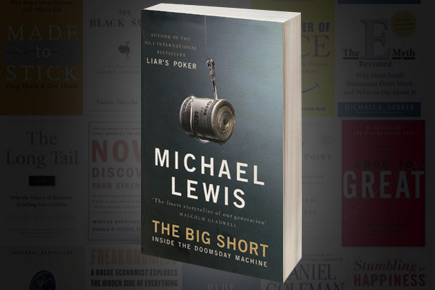 Michael Lewis on the guys who saw America’s financial crisis coming and made fortunes betting the other way.


Michael Lewis is without doubt Tom Wolfe’s literary successor. An ability to cut through the blizzard of jargon, give readers a clear sense of the protagonists’ places in the social hierarchy, and convey volumes through liberal doses of dramatic yet realistic dialogue, places both these writers a cut above the rest, especially on stories related to business. If Wolfe’s The Bonfire of The Vanities took Wall Street’s ‘masters of the universe’ apart through the fictional story of a single bond trader, Lewis’ blistering autobiographical account, Liar’s Poker, told us how capitalism’s command central was run by venal, often stupid, twenty-somethings who were paid astronomical sums to perform tasks of no obvious social utility.

Little wonder that his latest work, The Big Short, was a keenly awaited chronicle of the global recession circa 2008. And it’s not in Lewis’ nature to disappoint readers. This book is not a piecing together of events that led to the meltdown, and it doesn’t pretend to offer an ‘inside account’ either. Lesser mortals and hacks can do that job, and pretty competently. Lewis uses the clever device of tracking down individuals who saw the Armageddon approaching, bet against subprime mortgage bonds, and made money, big money.

He first introduces us to Steve Eisman, a walking spewer of expletives. Eisman and his team knew the US housing market inside out, including key operators who’d played no small role in the crash of the 1990s. Eisman could see the mortgage crisis coming because he was convinced Wall Streeters ‘lied to infinity’ and they didn’t give a damn what they sold.

Lewis also takes us to Berkeley, where a band of ‘hustlers’ Jamie Mai, Ben Hockett and Charlie Ledley run a garage band hedge fund (most big firms on America’s west coast have to have a garage provenance, it seems).They too ‘short’ the market, betting on a collapse in bond prices and buying credit default swaps, a kind of insurance on such bonds that would spell a huge payoff in case of such a supposedly unlikely event.

But Lewis is at his best capturing the life of Michael Burry. A one-eyed physician by training with the temperament of a hermit, Burry was fascinated by asset markets and became obsessed with ‘value investing’, quickly developing a knack of cherrypicking companies ‘so unfashionable that they could be bought for less than their liquidation value’. During his days as a doctor, a profession for which he seems to have as much feeling as he would for a block of concrete, he’d write a weblog of investment ideas that Wall Street bigwigs started using. So when he finally decided to set up an investment firm of his own, he had no dearth of big institutions willing to ply him with cash and let him play the market. Sure of sliding lending standards and the over-eagerness of banks to dole out risky home loans, he burrowed into the details of derivatives drawn from them to identify the very worst—and bet against them. By the end of 2007, Lewis estimates that Burry’s firm made close to $720 million on these bets.

The Big Short isn’t like Liar’s Poker that had shaken Wall Street, but is still a valuable account that reminds us how much idiocy was in operation there.