Deepa Anappara’s debut novel, set in a slum in metropolitan India, has the pace of a thriller and the heart of a children’s tale 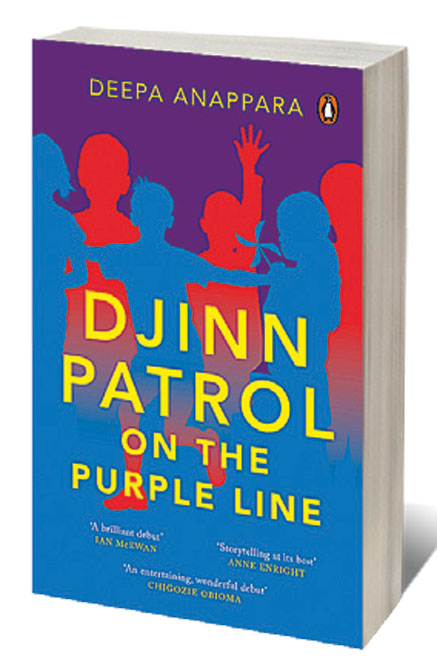 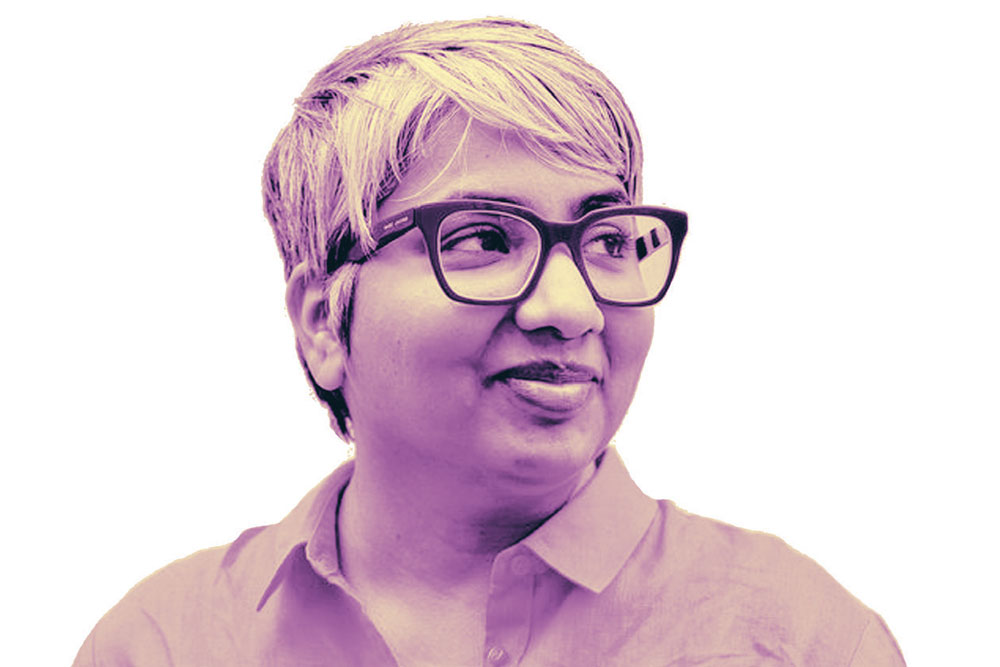 
2020 IS STILL wet behind the ears, but could we say the best novel of the year is already upon us? That perhaps is both overreach and overstatement, but we can place our bets and predict that the best debut novel has already landed in our midst. Djinn Patrol on the Purple Line by Deepa Anappara is a story told with skill. It has the pace of a thriller and the heart of a children’s tale. You rush through the pages wanting resolution, but you also dither because you don’t want to leave the company of its characters. Here is a novel that creates empathy. It will make you observe—the urchin selling flowers, the bai scrubbing your floors, the child handing over your ironed clothes—with slightly kinder eyes.

Narrated in the voice of a child, this is a Capital novel, where the resilience of its people shines through a morass of injustices. It leaves you not with hope, but understanding; the system is fucked. The Capital is evoked in countless ways: whether it is the winter smog that suffocates its inhabitants, the no-detention policy of its government schools, the Right to Education for those from Economically Weaker Sections, or its sahibs and memsahibs secluded in their Maple Towers, who rely on a hive of help to drive them and serve them.

In its title, I see a hat tip to the unparalleled Delhi guidebook, City of Djinns, by William Dalrymple, published in 1993. Anappara’s novel renews the city of djinns by reminding us that both mirages and metal reside here. It is a city of mysteries and metros, the unknowable and the technological. It is a place that will always linger just out of our grasp, even as we try to leash it in and patrol it with shafts of steel and glass.

Anappara has worked as a journalist in Mumbai and Delhi and has written on the impact of poverty and violence on society. Her article, published in India Together, titled ‘Discrimination in the name of Inclusion’, detailed the misuse of seats reserved for EWS students in private schools. She has also written on the aftermath of riots on children in Gujarat. Her training and experience as a journalist clearly embolden her fiction.

Reading Djinn Patrol one can imagine Anappara and Katherine Boo, author of the meticulously reported Behind the Beautiful Forevers: Life, Death, and Hope in a Mumbai Undercity, exchanging notes and sharing insights. Anappara does in fiction what Boo did in reportage: conjure a world we choose not to see. In Djinn Patrol you look into the bastis, which sprout in the shadow of looming hi-fi buildings and garbage dumps. It is a fictional account, where the vein of truth, the headlines, throb just below the surface. It wields a cudgel at our heads, us the rich and elite, who perpetuate a deeply unjust system. It reminds us that children deserve better, so much better.

The story is told through nine-year-old Jai who loves his dog Samosa, avoids washing his face in winter and whose favourite television shows are Police Patrol and Live Crime. He idolises Byomkesh Bakshi even though he questions the aptness of wearing a white dhoti while fighting crime. The novel moves out of his voice only in the chapters that briefly map the journeys of the missing children. Jai’s voice is the glue of the novel, as it makes the reader giggle, cringe and bewail the oppressions in our country.

When his classmate Bahadur, son of Drunkard Laloo, goes missing, Jai enlists the help of his friends Pari and Faiz to find him. The disappearance of Bahadur is followed by the disappearance of his friend Omvir, the presswallah’s son and then 16-year-old Aanchal. In a matter of weeks, Jai turns from schoolkid to detective and teashop boy. As the latter he tries to earn money for his family and uses it as a cover to ‘listen to gossip and collect evidence’. What starts out as jasoosi turns into desperation as the disappearances occur closer and closer to home.

When the missing child is reported to the police, they insist on a bribe before embarking on an investigation and threaten basti dwellers by saying they’ll send in the JCBs to raze their homes. For Jai being a detective means bringing back the missing children and ensuring that his family doesn’t lose their home. The residents of the neighbourhood, writes Jai, are ‘more upset about the hafta than the missing boys’, as the police have increased it by Rs 10 per house in the wake of the missing children. The police show little interest in finding the children or catching the perpetrator. Jai laments, ‘Days pass fast as hours and Aanchal doesn’t come back and Bahadur and Omvir don’t come back either, but on TV I spot a headline that says: Dilli: Police Commissioner Reunited with His Cat!’


Deepa Anappara’s novel renews the city of Djinns by reminding us that both mirages and metal reside here. It is a city of mysteries and metros, the unknowable and the technological. It is a place that will always linger just out of our grasp

Incidents from the newspapers weave their way into the novel. Kirpal sir in school has turned into a mouse, after students hit him on the head with iron rods when he was riding his Bajaj Chetak home. The students were angry with him for crossing out their names from the register for lack of attendance. In 2016, a similar incident had occurred in northeast Delhi where a teacher survived a near-fatal attack just outside the school. In her novel, Anappara repeatedly shows us how incidents from real life make for the most compelling stories.

In Anappara’s imagining Pari emerges as a street-smart, livewire girl. She is ‘Feluda and Byomkesh Bakshi and Sherlock’, realises Jai, while he is ‘only an assistant, Ajit or Topshe or Watson-type’. She can see through the charade of the police who are quick to blame the children for running away on their own. Through her we get a scathing critique of the apathy and inertia of those in power. She says, ‘[The police] don’t have to lift a finger. If anything happens to us, it’s because we did it ourselves. If a TV goes missing from our homes, we stole it. If we get murdered, then we killed ourselves’.

The triumph of the novel is that it makes visible what the urban elite choose to overlook. When Jai enters the metro station where the Purple Line ends, he sees a destination that his father has built. He says, ‘I look around the station, wishing I could tell which parts Papa worked on. Maybe his fingerprints are hidden under the paint, stamped in cement’. Every day we drive over flyovers, travel via metros and shut the doors of our homes. But we never give a thought to the hands that built these and the people who don’t really have access to their own creations. To Jai the station is the fruits of his father’s labour, bearing his sweat and signature.

The novel wonderfully unpacks how religion is inconsequential to children until it is made a reason for divisiveness by adults. The mother who tells her son that another child’s people kill cows and kill Hindus will paint a red tilak on his forehead every morning. Jai, on the other hand, simply believes, ‘Faiz will never kill me. He even forgets he is Muslim sometimes.’ But Jai also knows that it’s too dangerous to marry a Muslim if you are a Hindu, because he has seen the ‘blood-red photos of people who were murdered because they married someone from a different religion or caste’. He can’t quite put his finger on it, but he doesn’t trust the Hindu Samaj and those who believe that a Muslim gang is behind the kidnapping.

Jai’s main suspect are the djinns. As the novel rockets towards a feverish end, a reader can probably only find solace in the unknown. As Jai says, ‘I know nothing. I feel nothing. Sometimes, like right now, everything inside me goes numb, even my brain.’ When children vanish, how does a society maintain its balance? When justice and equality cannot be guaranteed, what certainties can we take comfort in?

The novel opens with two pages of blurbs from the likes of Man Booker Prize-winning authors Ian McEwan and Anne Enright. Anappara’s website announces that the novel is to be translated into 17 languages, including Japanese, Hebrew and Turkish. It is unusual for a debut novel to be bestowed such attention, but only a grinch will say that the praise is not deserved.