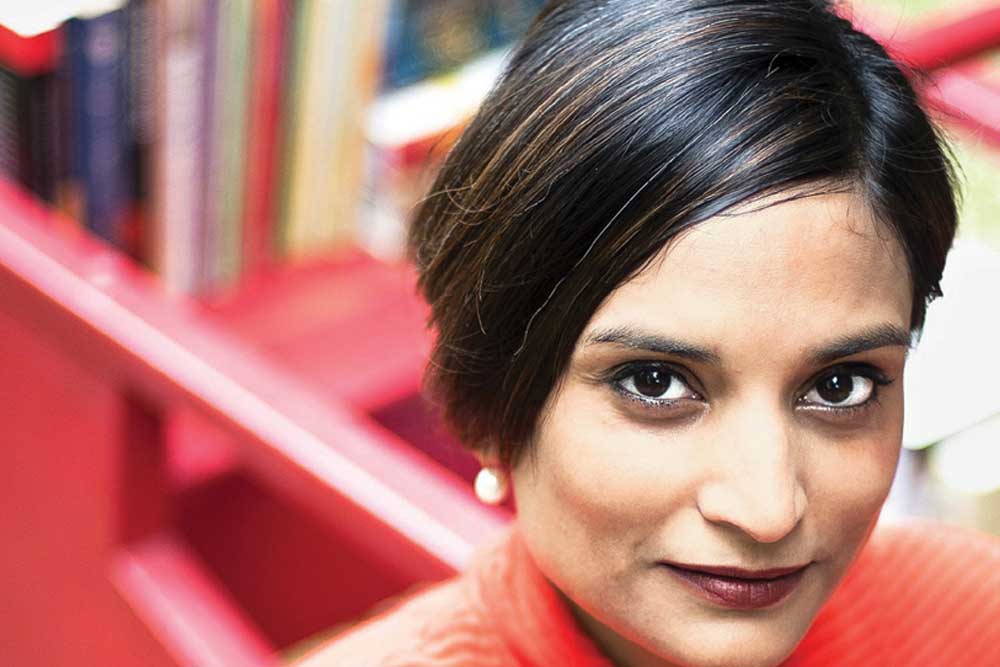 ‘I WAS THE ONLY person driven to the point of contemplating murder or suicide, by his yowling…’ This candid line from Pallavi Aiyar’s book about her daily struggle of trying to put her colicky baby down for the night, lifts this memoir above the heap of mediocre honey-coated writing found under ‘baby literature’ in bookshops. Bringing up a child is not an easy task, but one that falls squarely on the mother’s shoulders irrespective of her nationality, geographical location or economic status, and Aiyar is unflinching in describing how frustrating and momentarily rewarding motherhood can be. From the frenzied anticipation that follows the appearance of purple lines on a stick to the misery that washes ashore post-partum, freshly minted mothers ride a rollercoaster of intense emotions, unimaginable exhaustion to a few fleeting moments of tender love for their new born. But this book is no indulgence in self-pity.

Aiyar shows off her award-winning journalistic skills, giving us the gory details—sore nipples included—laced with philosophical and sociological opinions on the milestones that pile up for new mothers. There is even a measure of statistics thrown in to make it an interesting read, like when watching birthing videos at a pregnancy class Aiyar tells us why ‘40 per cent of women in Chinese cities voluntarily opt for C-sections over natural birth.’

Maybe for this reviewer, who is a mother to a fidgety and curious toddler, it is easy to empathise with Aiyar’s struggle to find time for one’s work life and parenting. She underscores the befuddling experience of being an urban mother—the fact that a well-travelled, ‘hyper educated’ and socially active woman has to constantly battle gender disparity in parenting. Aiyar ponders over how the emotional response to parenthood is different when it comes to men, and how the role of women as primary caregivers remains unaltered. ‘Fathers enjoy the fruits of socially condoned laziness…’ she writes. She also gives us a bird’s eye view of how societal conditioning has been a wrecking ball for a mother’s self-confidence. As Aiyar asks herself, ‘What does it say about contemporary society that it can churn out a person who can speak foreign languages, dance the tango, be paid to lecture on Chinese politics, discuss how far the taxation policies instituted by the Count Duke Olivares had contributed to the decline of seventeenth-century Spain, and yet had no clue how to feed and entertain a baby all day long. It became clear to me that I was essentially a ‘man’. I knew all about the public world of ‘work’ but nothing about the ‘womanly’ art of nurturing children.’ But the memoir is also about realising how the preconceived notions that women hold dear actually work against them once they have kids. Like Aiyar’s definition of herself as a professional seemed blurry when she found herself without a steady salary. She highlights the problem of linking ‘value with money’ and the worrying condition that most non-working mothers face, of not being active ‘professionals’ who draw a salary. She writes, ‘‘I’m on a sabbatical’. I would say, stressing the temporariness of my jobless status. And yet, I was writing a book, and looking after two children under the age of four. I was working harder than I had ever before, but I did not consider my labours to qualify as ‘work’, because I was not drawing a regular salary.’

Aiyar details her qualms about filling in ‘housewife’ in an immigration form, living a brief ‘banally domestic life’ to teaching her toddlers concepts of ‘fair play’ and ‘justice’ as she watches the world play out differently. All the while she ensures that the tone of the book is light with its sense of humour in place. Rich with nuggets of introspection, which test out old parenting theories, including a failed attempt at being a ‘tiger mom’ and dealing with ‘politics of the quotidian’.

It is no surprise and a welcome relief to read a fellow mom, worry about bringing up ‘perverts’ since one of her toddlers proclaims he wants to marry her when he grows up or the other who tries to breastfeed his teddy bear. These are private conversations which Aiyar shares. This candid book reminds us as parents to cut ourselves some slack—a perfect read not just for new mothers but for every well-intentioned man who plans to become a father.