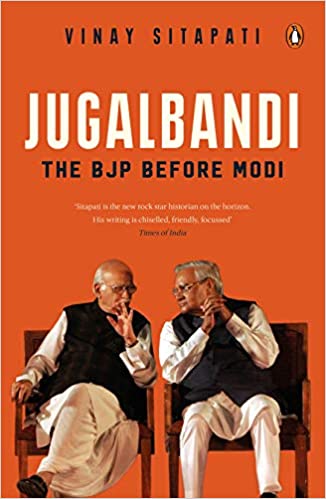 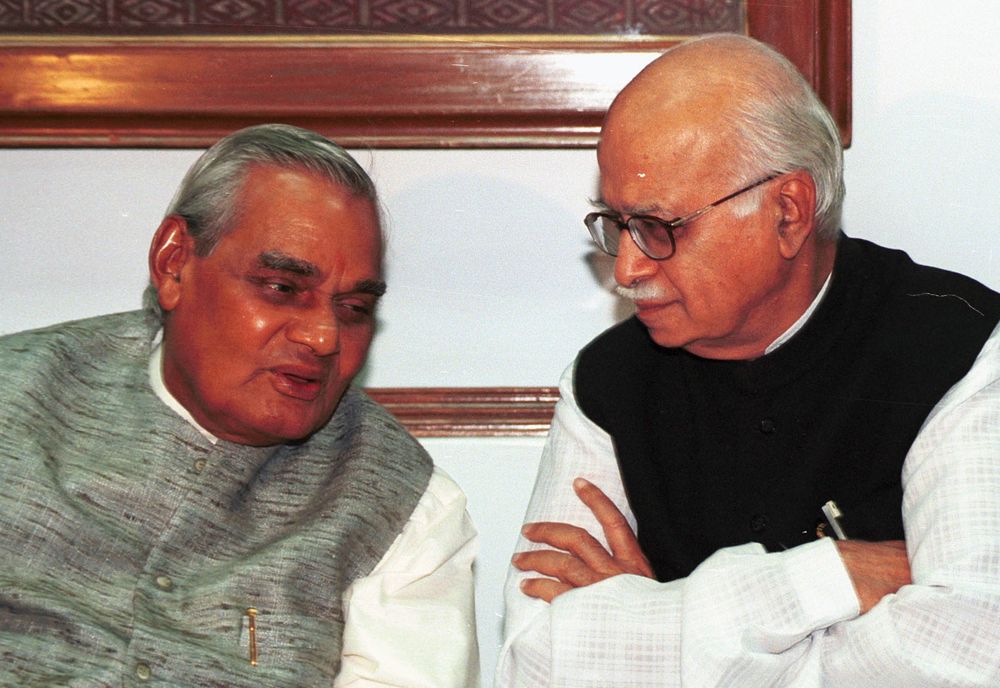 
Vinay Sitapati’s Jugalbandi took me down memory lane to my days at Delhi University. On the late evening of February 1982, a lone Vajpayee quietly walked into the general ward of the All India Institute of Medical Sciences to find out the condition of Dilip Simeon, a popular history teacher of Ramjas College fighting for his life. Simeon, a former Naxalite, who was resisting an authoritarian college principal, had faced a murderous attack by unknown miscreants. Sangh Parivar affiliated teachers were in support of the principal and Simeon was their ideological opponent. Vajpayee knew it all, but would care the least and visit the victimised teacher activist. Vajpayee’s gesture endeared him to Delhi University teachers across the ideological spectrum.

During the 1986 all-India teachers strike, on a hot day, a suave Advani, accompanied by the Parivar affiliated teacher activists of Delhi University, walked into the Boat Club lawns in support of the agitating teachers protesting against arbitrary service conditions. Advani’s support was applauded by a large teaching community of all hues; more importantly, it gave political mileage to the Sangh Parivar’s Delhi University teachers affiliate, which used to have in its ranks prominent BJS/BJP leaders like Bhai Mahavir, Vijay Kumar Malhotra, Om Prakash Kohli, Saheb Singh Verma and Jagdish Mukhi among others.

The two visits, Vajpayee’s personal and Advani’s political, defines two distinct personalities—one defiant and the other conformist—manifesting different styles of political messaging. Sitapati describes Vajpayee as ‘a Nehruvian liberal masquerading as Hindu nationalist’ and Advani ‘a Sindhi cosmopolitan radicalized by partition’; while the ‘moderate’ Vajpayee is a product of the parliament, the ‘hardliner’ Advani is a man of the party. BJP leader Venkaiah Naidu labels them as ‘Vikas Purush’ and ‘Lauh Purush’ respectively; a bruised Govindacharya calls Vajpayee a Mukhota (Mask), implying that Advani has been the real face of the Sangh Parivar. Yet, behind all these dichotomous dissections, the duo converged in their political mission, symbolised ethical politics, shared similar political culture and greatly complemented each other in shaping the destiny of the BJS/BJP in Indian politics.

The Vajpayee-Advani jugalbandi is a crucial theme to understand the nuts and bolts of postcolonial Indian politics, which has not received focused attention by academics. Sitapati deserves all credit for rectifying this omission, by recovering many untold stories, demystifying a complex relationship and unpacking its inherent contradictions and complementarities. Accumulating loads of information from documents, texts, newspapers, interviews with journalists and political leaders, and competently contextualising these sources on the political trope of Hindu nationalism he skilfully crafts a fascinating narrative on this unique partnership.

As this partnership is deeply embedded in the organisation, ideology and politics of the RSS, Sitapati narrates the evolution of the Sangh Parivar since the early twentieth century, reflecting on discourses, events, organisation, mobilisation and leadership. He makes a thorough reading of the BJS, the political affiliate of the RSS, where this jugalbandi germinated and sprouted, and its incarnation, the BJP, where it flourished, matured and delivered. Sitapati analyses the complex RSS-BJS conundrum, manoeuvring and power struggle, with remarkable clarity and gets many angularities of the jugalbandi right on spot. He has creatively portrayed the role of each key dramatis personae in the Hindu nationalist power play—from RSS Sarsanghchalak to Pracharaks to BJS/BJP leaders. The RSS needed this moderate-hardliner combination for its political mission which, after many ups and downs, finally enabled the Sangh Parivar to capture state power in 1998. This symbiotic partnership, with a perfect understanding, kept the party under control at critical junctures, be it in 1973 or in 1986.

Sitapati shows the moments of tension in this partnership as well, more particularly when Advani had got marginalised in the initial years of Vajpayee’s prime minister-ship. Vajpayee realised and restored the relationship. But there has never been a rupture as both shared commitment to unity, ideology and electoral politics. While Advani’s discipline has never been in doubt, a smart Vajpayee may dissent but will never rebel as he has understood that a rebel in the Sangh Parivar will be pushed to oblivion. Despite grievance and differences, Advani would never criticise Vajpayee, in private or public. Modi became the breaking point in this partnership as Vajpayee’s decision to dump Modi after the 2002 Gujarat riots was thwarted by Advani. The voice in the Goa conclave of the BJP, which was vociferous for Modi’s retention as Gujarat chief minister, was not entirely spontaneous, but a planned orchestration as well.

Sitapati has revealed many useful pieces of information, which have been glossed over by the analysts of the Sangh Parivar. Deendayal is not an original thinker; his celebrated text Integral Humanism greatly resembles the 1936 text of Jacques Maritain, a guiding text for the Christian Democratic Party in Europe. Nusli Wadia, Jinnah’s grandson, the main funder of the Jana Sangh and the BJP, had exclusive freedom to walk into the Vajpayee’s residence and the PMO any time. Rajmata Vijayaraje Scindia was also another big funder of the BJS/BJP; she politely declined to replace Vajpayee as party president in 1986, demonstrating her trust and loyalty to the jugalbandi. Advani organised a secret personal farewell to Ashraf Qazi, Pakistan’s ambassador to India amid anti-Pakistan hysteria after the terrorist attack on Indian Parliament and journalist Karan Thapar was the conduit between the two.

Sitapati demonstrates a smart craft of academic-journalism, mixing academic rigour with journalistic flavour, garnishing historical sources with journalistic spices. In the process, he takes the liberty to keep some crucial sources anonymous and unconfirmed, particularly when he treads into sensitive personal and private domains or when he prefers to dodge a controversy. Perhaps his meandering through thick and thin/unconfirmed sources at places is a deliberate strategy to create a sensation by using anonymous sources, which he would otherwise fail to do. As his anonymous source revealed, Golwalkar advised Vajpayee to tie the knot with his long-time friend as their relationship was creating an embarrassment for the Sangh; Vajpayee did not concede and his ‘psychological distancing’ from the Sangh began then. Another example is Amit Shah’s letter to Vajpayee in the aftermath of the 1999 nuclear explosion. Shah’s so-called letter accused him of ‘greed for publicity’ and giving up the POK. Did Amit Shah, then a young Gujarat MLA, have the guts to take on the Prime Minister Vajpayee? Everyone concedes Shah a hardliner, this still lacks rationale as all Sangh hardliners, from Sudarshan to Singhal, were jubilant and gloating over this proud achievement. Sitapati claims that his source, a journalist, was privy to this letter, but he has neither verified from Shah nor cross-checked with another source.

Sitapati mentions that Advani has been a fan of Vajpayee and he was smitten when he met him the first time.  He also gives the impression that Advani perpetually suffered from self-doubt and had an inferiority complex vis-à-vis his partner. No doubt, Vajpayee was charismatic, a brilliant speaker, and an eclectic politician who had mass support and enjoyed credibility across party lines. True, a vernacular Vajpayee got autonomy, opportunity and exposure much earlier and hence grew fast and confident. In contrast, a cosmopolitan Advani, who started late with constraints, evolved slowly but steadily. His rise in the party, parivar and public was phenomenal since the late 1980s. Logically, this must have surely impacted his own confidence and the old equation could not have remained the same all through. Hence, Sitapati’s claim that Advani proposed Vajpayee’s name for prime minister partly because of self-doubt is less convincing.

Commitment to Hindu nationalist ideology, organisational unity and logic of political power kept the partnership floating, argues Sitapati. Besides, personal and family relations gave additional sustenance. The Vajpayee-Advani Jugalbandi represents a genre of leadership and political culture which looks so different from the present BJP under the Modi-Shah jugalbandi. While the former is sensitive, the latter is calibrated. Sitapati’s work is commendable and his art of storytelling, choice of anecdotes and vocabulary, style and lucidity would surely keep the reader engaged.