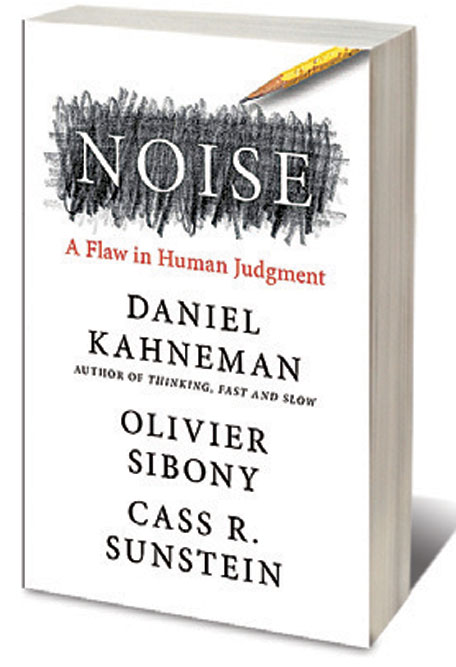 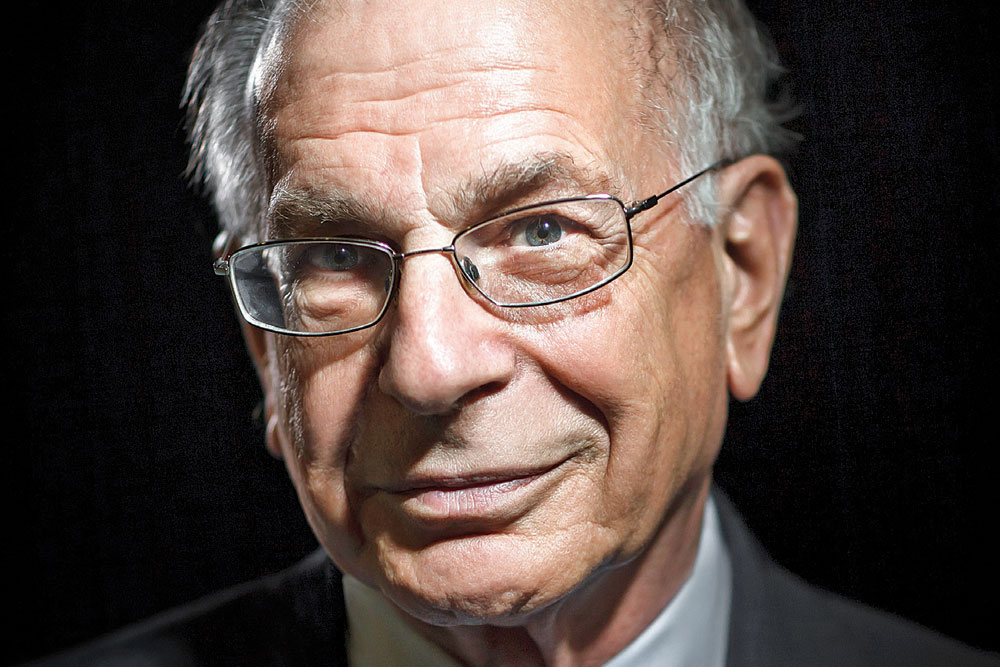 
THIS IS DANIEL Kahneman’s first major book in ten years and, therefore, his first after the bestselling Thinking, Fast and Slow (2011). He departs in Noise: A Flaw in Human Judgment from his previous works and complements them by re-evaluating human decisions and mistakes. A recap of his previous scholarly accomplishments would mean a quick glimpse into the influential paper he co-authored in 1979 with Amos Tversky, Prospect Theory: An Analysis of Decision Under Risk, which argued, to great acclaim and global recognition, that “people make decisions based on the potential value of losses and gains rather than the final outcome.”

In 2002, when Kahneman won the Nobel Memorial Prize in Economic Sciences (which cannot be awarded posthumously) for his seminal work in applying psychological insights to economic theory, his collaborator Tversky was already dead. After that, he worked solo on Thinking, Fast and Slow, which essentially argued that our brain comprises two operating systems, system 1 and system 2. His assertion, based on an existing study, was that 98 per cent of the time our thinking is fast (system 1), which is more or less automatic and prompt. His description was “what you see is all there is.” The slow process (system 2) is deliberate, conscious and full of effort.

In his previous work, ground-breaking as they were, he had focused on ‘bias’ in decision-making. There is another aspect he had been chasing over a decade or so, noise, which he describes as ‘unwanted variability’ within a system of judgements. A 2016 article he had co-authored in the Harvard Business Review titled “Noise: How to Overcome the High, Hidden Cost of Inconsistent Decision Making”, had dwelt on this subject. Kahneman, who advises businesses besides being a brilliant academic, was concerned that people in the same role using the same set of guidelines made vastly different judgements that cost organisations dearly, much higher than what they had anticipated the price to be.

This new book, co-authored with Olivier Sibony and Cass R Sunstein, is a thorough analysis using evidence collected from all over—corporations, courts, healthcare—to emphasise that noise, which unlike bias did not get much attention, does as much harm as bias does and needs to be reined in to sustain productivity. Sibony, a former McKinsey veteran who is currently a professor at HEC Paris, earned a name for himself with his 2020 book You’re About to Make a Terrible Mistake! and has worked closely with Kahneman for years now. Sunstein, noted Harvard academic and legal scholar, has authored stellar works, including Averting Catastrophe: Decision Theory for COVID-19, Climate Change, and Potential Disasters of All Kinds this year, besides Nudge: Improving Decisions about Health, Wealth, and Happiness (2008).

The authors explain in Noise how the underrated problem is different from bias. Some of the examples used to highlight the problem also bring to focus why noise is often under the radar and usually ignored. Here, they also assess the follies of intuition and inertia—and this happens even in life-and-death situations like diagnosis of an ailment by a physician as well as in loss-inducing choices of setting premiums for products by an insurer. In an insurance firm that Kahneman and his team offered consultancy, they found that noise (variability) among 48 underwriters under study was upwards of 50 per cent while they had expected it to be much less, at 10 per cent. Such variability, the authors argue, leads to loss of hundreds of millions of dollars a year for the company.


Knowing Daniel Kahneman’s profoundly original contributions helps one comprehend this insightful work better. After all, among the top ten most cited works in sociology, two are his, and that makes him one of the world’s most influential living psychologists

What makes noise more problematic is that it is tougher to detect than bias. For instance, if a woman is not hired, the study of bias tells us that she may have lost against her male counterparts because of her gender. But if two doctors who are expected to diagnose a medical condition of a patient offer different diagnoses, that is noise and is dangerous, as is the case with underwriting or for that matter judgements in courts that tend to be guided by the mood of the person passing the verdict.

What we can interpret is that a biased judge can be spotted easily for his vice. For instance, if he or she awards a longer sentence to a Black man, it shows a systemic bias, but if the judge is influenced by the performance of his favourite sport team the previous night, meaning the mood, that is noise, a beast that’s not easy to identify. Such levels of variability by the same judge on similar cases is certainly a gross miscarriage of justice, but it is also disturbingly common. The authors don’t describe it merely as variability, but unwanted variability in decisions that, they aver, call for ‘decision hygiene’ in organisations.

Is it bias or noise? That doubt lingers. For sceptics, Kahneman maintains in his interviews as well as in the book that bias is the average error in judgements, and that noise is the variability of error. It is helpful to keep in mind a diagram at the start of the book that speaks about perfection, bias, noise and the mix of noise and bias. In the introduction, the authors ask us to look at four scenarios when four teams of friends comprising five members each visit a shooting arcade firing one shot each. The first is the ideal outcome: every shot hits the bull’s eye, and that is perfection. The second is where shots are systematically off the target and in one area. That is a bias. In the case of the third team, the shots are widely scattered, with some coming close to the bull’s eye and others elsewhere. This is noise because there is no evidence of bias towards any corner here. The fourth team, like the second one, shoots systematically off the target and like the third team, they are scattered, and so they are both biased and noisy.

Other such examples that the authors have marshalled in this volume make you realise what behavioural economists, psychologists and decision-makers have largely missed out in favour of identifying bias.

Like decision hygiene, Kahneman and team also bring in the concept of noise audit, an expression he had used earlier in his articles and interviews. Most importantly, there are strong suggestions on how to fight noise and reduce errors. They write, “A noise audit requires a substantial amount of work and much attention to detail because its credibility will surely be questioned if its findings reveal significant flaws. Every detail of the cases and the procedure should therefore be considered with hostile scrutiny in mind.” They go on to suggest a process that could “reduce opposition by enlisting the professionals who are the most significant potential critics of the audit to be its authors.” Kahneman’s forecasts on AI and how it is going to change the world are also remarkable.

Kahneman, as is often the case, needs to be read slowly and closely, and sometimes re-read. Yet, knowing Kahneman’s profoundly original contributions helps one comprehend this insightful work better. After all, among the top ten most cited works in sociology, two are his, and that makes him one of the world’s most influential living psychologists.

In a remarkable attempt to make the idea more intelligible, Steven D Levitt, who besides being a celebrated author also owned a consultancy with Kahneman, referred to noise as the “ignored stepsister of bias”. Just as Thinking, Fast and Slow launched a revolution in the mindsets of policymakers and corporations—even touching somewhat simplistic and fatalistic assumptions never intended by the author—Noise, too, is expected to make a lasting impact. Which also means comprehending the 87-year-old Kahneman’s concept of noise—for what it is—is imperative.