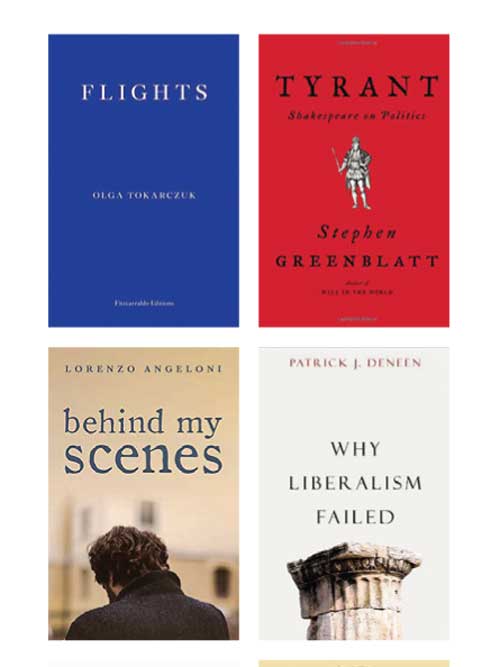 WHAT THE AMERICAN POLITICAL THINKER JASON BRENNAN CALLS THE deconsolidation of democracy has contributed a lot to the current profusion in political non-fiction. More than 25 years ago, when the Wall fell, history too ruptured—and the Book of Freedom began to multiply. Francis Fukuyama stood out: The End of History and the Last Man was a celebration of the triumph of liberal democracy over communism—and the title, imagined by a young scholar at Rand Corporation, became a polemical meme. Are we passing through the next phase in the evolution of freedom? A phase in which the operative words are Brexit, Trumpism, populism, outsider, strongman, economic nationalism, Steve Bannon, Viktor Orbán, strongman, Modi, nativism, nationalism, liberal crack-up… and identity? Liberals have weaponised it—and paid for it by forsaking power. In Francis Fukuyama’s new book, the subtitle says it all: Identity: The Demand for Dignity and the Politics of Resentment (Farrar, Straus and Giroux). It is what he calls expressive individualism that drives the passions—and pathologies—of global politics today. It is the new force that updates We the People. His conclusion is lofty: ‘We need to remember that the identities dwelling deep inside us are neither fixed nor necessarily given to us by our accidents of birth. Identity can be used to divide, but it can and has been used to integrate. That in the end will be the remedy for the populist politics of the present.’ And the ‘present world is moving toward the opposing dystopias of hypercentralization and endless fragmentation.’ A world where one overwhelming certainty is the crisis of liberalism, or that is what Patrick J Deneen argues in Why Liberalism Failed (Yale University Press). Liberalism was launched with a grand vision about human nature: how we ‘ought’ to live. In the end, ‘it called forth a massive political and economic apparatus to fulfil its vision—in the process both reshaping and damaging humanity.’ Deneen is a severe judge. Perhaps our illusions about democracy are being shattered by the incendiary impulses of populist politics and its authoritarian protagonists. That’s more or less what Yascha Mounk says in The People Vs. Democracy: Why Our Freedom Is in Danger & How to Save It (Harvard University Press). His is a rage against ‘illiberal populism’. The future he presents is bleak, and the world needs an alternative argument of political redemption, for, ‘liberal democracy is now decomposing into its component parts, giving rise to illiberal democracy on the one side and undemocratic liberalism on the other.’ This crisis in democracy provoked Jason Brennan to come out with a case for ‘epistocracy’—a system of the politically enlightened—a couple of years ago. His new book is a continuation of the argument. In When All Else Fails: The Ethics of Resistance to State Injustice (Princeton University Press), he writes that ‘the government wrong doers are morally on par with civilian wrongdoers.’ Governments should not enjoy immunity against citizens—but they do in the age of damaged democracies. Brennan reminds us that ‘government agents take on risk, but they also take on greater than normal moral responsibility to protect rather than violate our rights. They should dare not do any less, nor should they expect special immunity if they do so.’ It’s a violation of freedom, and the most domineering culprit among testosterone autocrats is Vladimir Putin. Timothy Snyder in The Road to Unfreedom: Russia, Europe, America (Tim Duggan Books), takes us to the philosopher behind Putin—Ivan Ilyn, ‘a guide on the darkening road to unfreedom.’ Ilyin believed that ‘the principle of democracy is the irresponsible human atom.’ Only a redeemer ruler—a national dictator—can contain it. Putin loved the role model, and adopted the original advocate of Christian fascism as his private philosopher (‘Putin’s Footie and El Diego’, June 18th, 2018). Snyder is a historian with a literary flourish, and his Black Earth: Holocaust as History and Warning remains my personal favourite. A more rewarding guide of our time—or any time—is the old bard. Tyrant: Shakespeare on Power by Stephen Greenblatt (The Bodley Head) is an affirmation of faith: when it comes to explaining a world steeped in autocratic madness and populist mania, and populated by all variants of tyrants—both elected and chosen—Shakespeare is the one with the best soundbites. It’s stating the obvious when Greenblatt says that Shakespeare’s plays ‘probe the psychological mechanisms that lead a nation to abandon its ideals and even its self interest.’ The author makes him here and now by making the poet an interpreter of all our current political woes. And some of the woes are rooted in gods. Neil MacGregor gives them a civilisational aura. Living with Gods: On Beliefs and Peoples (Allen Lane), born out of a BBC Radio 4 series, is as joyful a ride as his previous A History of the World in 100 Objects. MacGregor, a former director of two of Britain’s great cultural institutions, the National Gallery and the British Museum, is a civilisation junkie. In this illustrated volume, he seeks answers to the most fundamental political question of the day—Who are we?—in the back pages of religion. Along the way, we are told fascinating stories about subjects as varied as Christmas imagery and Durga Puja. It is civilisation that concentrates one of the most original minds of Indian writing in English today. The Twice-Born: Life and Death on the Ganges by Aatish Taseer (Fourth Estate) is a reflection on the insufficiently argued identity of India, still trapped between tradition and modernity. Taseer returns to the Benares of the Brahminical mind to tell the story of an unrealised civilisation. He does it with some of the finest sentences written in Indian non-fiction this year (‘Among the Brahmins’, November 19th, 2018).

AM I SAYING THAT SOME OF OUR FINEST STORYTELLERS ARE TO BE found in non-fiction? Maybe the political plot is made thicker by flawed dreamers and hypnotic ideas. The new thriller is political, and it is not fiction. Two novels I loved bring the magic of documentary prose to imagination. Flights (Riverhead Books) by the Polish novelist Olga Tokarczuk won last year’s Man Booker International Prize. ‘I’m a few years old. I’m sitting on the windowsill, surrounded by strewn toys and toppled-over block towers and dolls with bulging eyes.’ So begins one of fiction’s most rewarding flights of the year. Among the body parts included in this journey, never linear, is Chopin’s heart. The best travels are when the real become the imaginary. The other novel is as small as 132 pages, and as big as a lingering historical memory. In The Order of the Day (Other Press), winner of last year’s Prix Goncourt, Eric Vuillard turns the annexation of Austria by Hitler in 1938 into a novel-essay on how evil could become a joint venture—and how they’re all in it together. Vuillard tells it with epigrammatic urgency and comic exuberance. Reread his closing words, with a sigh: ‘We never fall twice into the same abyss. But we always fall the same way, in a mixture of ridicule and dread. We so desperately want not to fall that we grapple for a handhold, screaming. With their heels they crush our fingers, with their beaks they smash our teeth and peck out our eyes. The abyss is bordered by tall mansions. And there stands History, a frozen statue in the middle of the town square. Dried bunches of peonies are her annual tribute; her daily gratuity, bread crumbs for the birds.’ (‘The Evil Joke’, November 26th, 2018). After this project in hate, we need a love story. Here too, we have two miniaturists. Julian Barnes has become a poet of immense poignancy—he’s growing old with the literary forebodings of a Philip Roth, it seems. The Only Story (Jonathan Cape) that remains is still a love story—and it exudes the intimacy of death (‘The Last Sigh of the Absolute Lover’, March 5th, 2018). The other love story is imagined by a postmodern mystic, who also happens to be the current Ambassador of Italy to India. Behind My Scenes (Bloomsbury) by Lorenzo Angeloni has the beauty of a finely chiselled sculpture, and this one tells us that a romance at its best is an existential therapy. The diplomat of love is perhaps an ideal choice to end this listing with.