Balachandra Menon: All in One 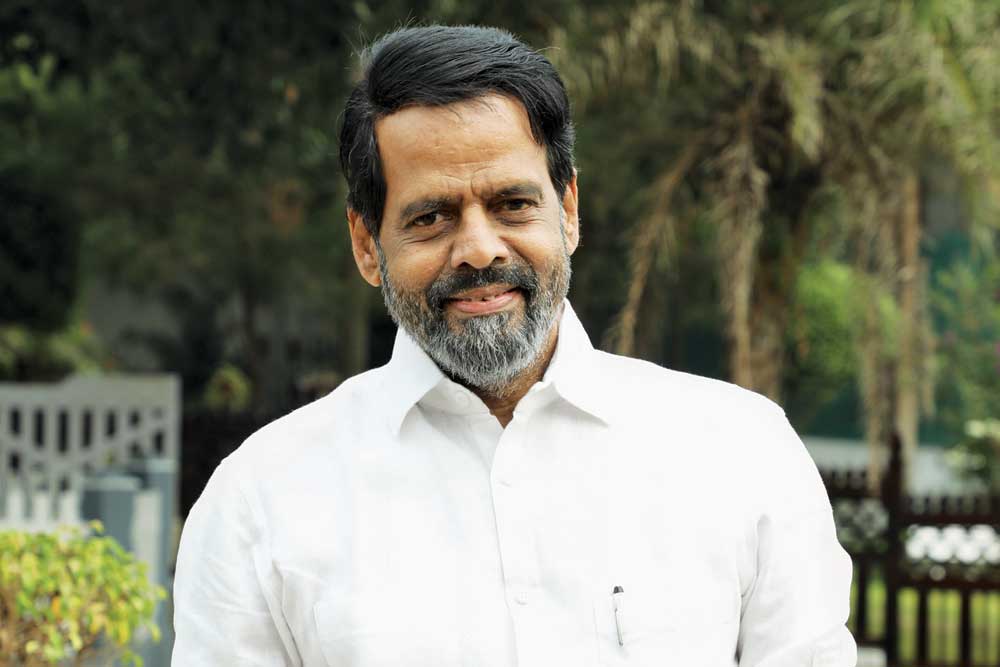 SOME YEARS AGO, when director Mira Nair visited Adoor Gopalakrishnan in Thiruvananthapuram, her first question was, “Who is Balachandra Menon?” That morning, Nair had met Kerala’s education minister and introduced herself as a movie maker based in the US. The minister’s first question was, “Do you write stories?” “No,” replied Nair. “Do you act?” he asked. She only made others act, she said. Then came the minister’s proud statement: “Our Balachandra Menon does everything. He writes stories, dialogues, acts and also directs.” Nair wanted to know from Gopalakrishnan if that was true. “Not just that it is true, but the minister hasn’t told you everything,” replied the maestro.

Menon, 64, is much more, of course, as we learn from his autobiography Start… Action: Musings of a Movie Maker (Konark Publishing; 500 pages; Rs 1,999). Besides what the minister said, Menon was also lyricist, singer, composer, editor, producer and distributor for most of the 37 movies he made in a career spanning four decades. This is an achievement that Menon claims only Woody Allen, the famed American director-actor, comes anywhere close to matching. “I was once called the Bhagyaraj of Malayalam cinema. When I did more than him, I used to be referred to as the Raj Kapoor of Malayalam cinema. But today I’m sure no one has done more tasks than me,” says Menon. In 2018, he made it to the Limca Book of Records for having simultaneously directed, scripted and acted in a record number of films: 29. Much recognition in the form of awards too has come his way, including the National Film Award for acting in 1997 for Samantharangal, in which he played an ageing railway station master. Menon is also credited with introducing the highest number— about 15—new faces to Malayalam cinema, many of whom, like Sobhana, went on to become big stars. Speaking of multi-tasking, he is an award winning farmer too.

Menon narrates his life story through anecdotes and tales behind the making of each of his films. The book also has all the old posters, pictures, newspaper clippings, reviews and so on of the films he has made. Thus, the book turns out to be an engaging history of the Malayalam film industry over the past four decades. When Menon gave up his job as a film journalist to realise his dream of making a movie in 1978, Uthrada Rathri, his first, he had just turned 22. It was a dream debut, as he hadn’t been to a film school nor slogged as an assistant director before wearing the big cap. Yet, thanks to a wealthy childhood friend from his village who offered to produce the film, provided he be made the hero, Menon got his break as a director. He was also the writer of its story, script and dialogues.

Menon narrates his life story in Start Action through anecdotes and tales behind the making of each of his 36 films. He’s on his 37th

BUT WHAT followed wasn’t quite dream-like. Uthrada Rathri, which was a quest into the mind of a hypochondriac, bombed at the box office. Thus began Menon’s hard days, familiar to most wannabe directors dreaming of making it big in the movies. With no new films, an endless wait for an audience with producers, disdain from friends and relatives, and days of neglect, frustration and hunger spent on the scorching streets of Kodambakkam, he almost decided to migrate to the Gulf to earn a living.

But the call of cinema was irresistible. He continued to knock at every door. He can’t forget a night spent in a stinking fish warehouse to meet (in vain) a prawn exporter-cum-producer. In 1979, Menon’s former employer, a magazine publisher, was impressed by his new story and produced his second film, Radha Enna Penkutty. Shot in black and white even after colour was well established, it was still a modest commercial success. It brought him recognition when his screenplay won a state award. Lady luck smiled liberally on his third film Kalika (1980), based on a popular novel with an occult theme. Malayalam’s biggest female star Sheela was the heroine who played a seductress armed with black magic powers. Menon’s acting career was also kicked off accidentally by this movie. The producer, a publisher of a film magazine, had felt slighted when the star who was to be the hero, Sukumaran, turned out too busy to give him dates. The infuriated producer immediately asked Menon to play the hero and he accepted reluctantly. Menon never had a chance to look back after that.

Menon made 36 films in 40 years (and acted in 100), although his recent films have not been as warmly welcomed as in the past. Many feel his recent plots are outdated; some think they are narcissistic and even misogynist; there is also a view that his obsession with doing everything by himself makes him bite off more than he can chew. Though not quite known for hiding his ego, Menon admits that there could be truth in all these. Yet, the never-say-die man is now making his 37th film. A campus story in which appear 10 prominent Malayalam directors, besides himself, of course.