All’s Fair in War and Peace

An ambitious historical novel takes on the 20th century’s two great wars, with some hiccups 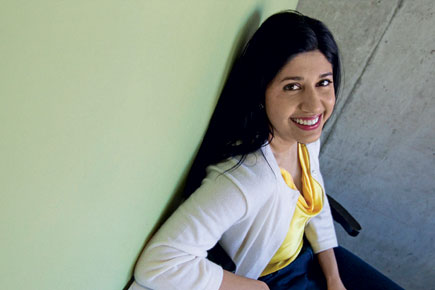 Sarita Mandana’s new novel, Good Hope Road—a grand historical narrative spanning the first half of the 20th century and its two great wars—has to be considered in the context of all the contention and dispute historical fiction has provoked in the past. In the afterword to her book, Mandanna goes so far as to say that although ‘Good Hope Road is a work of fiction, it sits upon the foundation of much that actually occurred’, thus establishing the credentials of this work. The question is whether the novel’s foundation is strong enough to keep the rest of its very complex and unwieldy structure from crumbling.

In Good Hope Road, we follow two parallel narratives. One of them is centred on the early years of World War I in France, while the other transports us to the 1930s’ America, where war veterans are setting out for their historic ‘Bonus March’ to Washington—a campaign to redeem the bonus money due to the WW I veterans, the payment for which was withheld by the government. One of the leading lights of the ‘Bonus Army’ is James Arthur Stonebridge, a man of courage and honour, reticent yet articulate, who has spent the years of his youth as a ‘legionnaire’ in the trenches of France fighting against the Germans. Like many other romantic and college-educated idealists, Stonebridge volunteers to join the war effort in 1914, some three years before the United States officially became involved in it. As the war drags on, Stonebridge spends his idle hours working on a journal—notes towards a novel he would never write. ‘All around me are the cries of the wounded, the fizz of blood- drunk flies,’ goes one of his journal entries from 1915.

Mandanna is an accomplished writer of lyrical prose, as her first much-acclaimed novel, Tiger Hills, clearly established. So there’s music in her language and in this novel; every 20 pages or so, the reader will come across a memorable turn of phrase or a telling compound adjective (reminiscent of Don DeLillo). For instance, the multi-coloured hues of a peacock’s feather are captured precisely in just four words: ‘petrol-over-water colours’. But the problem with lyricism begins when it becomes overwrought or interferes with the narrative, as it sometimes does in Mandanna’s novel. The wind, for example, comes ‘whistling up towards the house… reaching draughty fingers under the kitchen door’, while the sun is seen ‘pouring in through the small, high windows of the barn casting bands of haze over the dark wood walls’.

To complement its double storyline, Good Hope Road is narrated in two voices—one being the classic third-person omniscient, so beloved of the historical genre; and the other is a sort of dialect that’s come to be known as the African American Vernacular English, spoken in this novel by a Black man from Louisiana, Obadaiah Nelson, who finds himself in the thick of things during World War I, and, fighting alongside James Stonebridge, strikes up a friendship with him.

He speaks in sentences like, ‘there this boot I seen once’, and ‘I can’t hardly feel my toes no more’, and one clear advantage is that the shift in voice becomes a convenient tool to establish a divide between the two sections of the novel. But while Mandanna does a decent enough job of pulling this off—by not letting Nelson become a Dickensian caricature— she fails at times to commit to the voice. The fact that Nelson uses words like ‘ornery’ and ‘dirge’, and employs phrases like ‘slow-movin’ moon’ and ‘low-burnin’ fire’ makes one suspect that these are really Mandanna’s expressions— as opposed to authentically Nelson’s—ventriloquised by a dummy character on the page. And it makes this character appear and sound flat at times. Yet there are countless examples in the history of literature of novels having idiosyncratic narrative voices, like Mark Twain’s The Adventures of Huckleberry Finn. Indeed, there is at one point a sneaky allusion to Twain’s classic in Good Hope Road, when Nelson tells us about his peculiarities in spoken French: ‘[M]ine’s pure Southern Creole, strung through with swamp moss and the flow of the Mississippi, twistin’ and turnin’ like no proper French ever could.’ Yet when we read in Twain’s novel of a raft hitting a pier on the Mississippi—‘It hit the pier in the centre and went all to smash and scatteration,’ writes Twain—we know this is Huck Finn’s language and not its creator’s. Sadly, this can’t be said of Mandanna’s book.

Still, Good Hope Road includes some rich and authentic evocations of the past. There are some extended scenes of trench warfare that make it seem like the writer is speaking from direct experience rather than merely drawing on extensive research. The army crackdown on the Bonus March veterans in Washington—‘The army had been called out against them…the same one they had fought in’—is also presented as an expertly composed mise en scène. In every sense of the term, then, Good Hope Road is a big novel. It explores in the main the two big themes of life: love and war. And the two necessary corollaries of love and war: heartbreak and death.