A village runs through it 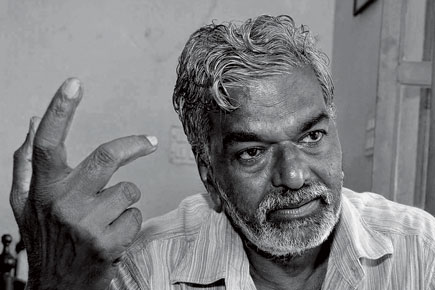 I remember being around the excitement when Kusumabale was published in the late 80s. I did not know Kannada but I was with people who did and the disturbing ripple of newness and challenge that this work presented was real and palpable. Some years later, I was also around when Basavalingaiah directed a theatrical production of the work. I still knew no Kannada, but again, the buzz was electric and it was contagious. Was this a novel, was this a play, was it a poem? Whatever it was, it called attention to itself and had to be noticed. Shortly thereafter, an unauthorised English translation of a version of Kusumabale began to circulate among a group of ‘insiders’. I read it aloud, I read it in bed, I read it with others. But it eluded me.

During those early years of the text and its celebrity, I met Mahadeva on several occasions and having read some of his other more accessible works, I began to learn and understand for myself the position he occupied in the landscape of Kannada writing, carrying the label of a Dalit writer, bearing the ascribed weight of an entire literary movement on his shoulders. I watched his politics unfold, his life change from writer to farmer, his fame outside his own language and culture become tangible. As Vivek Shanbhag says in his superb Introduction to this translation, for a man whose entire literary output is but a few hundred pages, the effect of Mahadeva’s person and writing is unprecedented. And so it was with great anticipation and a sense of entitled, if delayed, gratification that I opened the volume at hand.

Written in dialect, speaking in many voices that dip and swoop between the realistic and folkloric, telling a story of caste and gender violence, soaring above politics and social commentary, Kusumabale presents the translator with a formidable task. Here is a scene at the bus stop between the low-caste Channa and his Brahmin teacher: ‘The white bristles on the acharya’s face leaned forward and sunned themselves. As of now, his eyes and ears were alert, it being that the ears that could hear when he thought to would turn deaf when he didn’t; and the eyes that could see when he thought to would go blind when he didn’t—all in keeping with what he saw fit. As of now, to his seeing eyes, his student Channa hadn’t seen him . . .’

Surely this is one of the reasons that we have had to wait 25 years to see something of the work’s marvels in English.

At the heart of this formally complex work, there is a story. Or rather, there are stories: of birth and death, of miscegenation, of cheeky success, of dogged determination, of being on the margins and of occupying centre stage. Although these stories revolve around a cast of characters that know each other—the family of Akkamadevi, her son Yaadu, his son Somappa and his daughter Kusumabale whose lover is the Untouchable Channa, and his relations—the narrative is fractured by the appearance of wonderful folkloric creatures such as gossipy lamp flames, an uppity bedstead that must tell her story, and Worry personified. What we are presented with is a series of vignettes, a chain of refracted images of a village rather than a coherent community. Though we are forewarned of a murder in the opening pages, there is no centre to this swirling piece of writing. Tenses break, sentences slither and slip out of paragraphs, verse intrudes, local idioms and images jostle for space. As for punctuation, the apparent lack of it has been addressed by a truly irritating abundance of exclamation marks in this translation.

And that brings me back to this version. The birthing of this translation has obviously involved many midwives (including Mahadeva himself), and they are thanked and credited in various bits of the introductory material. But this is the first time that I have seen the names of editors sharing the title page, along with those of the author and translator.

I cannot say that Susan Daniel’s translation is easy to read. But then, neither was the original work. Does her version give you a sense of the original’s complexity? Yes. But it remains infelicitous, somehow, a tiny example being the use of ‘turkey towel’ for what most would call a ‘turkish towel’. Should we read it anyway? Yes. If only to remind ourselves that some of the most remarkable writing from India has been—and still is—from our regional languages.