Type 1 or ‘childhood’ diabetes can strike at any age, but once diagnosed accurately, it can easily be managed 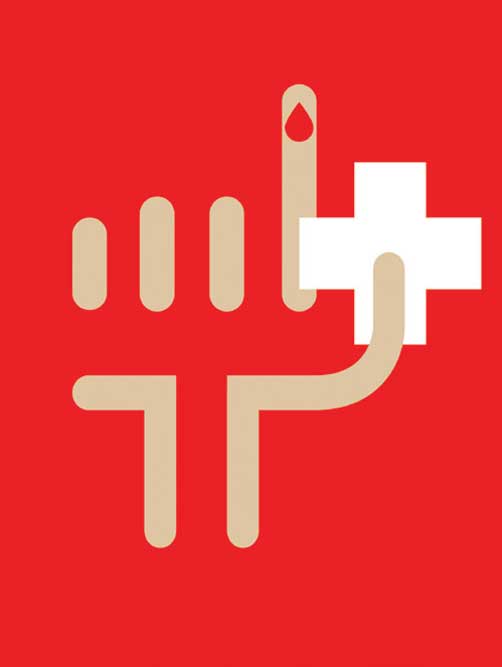 THE NEWS THAT Britain’s new Prime Minister Theresa May is affected by Type 1 diabetes has become one of the biggest post-Brexit stories. Doctors are inundated with questions from their patients—isn’t Type 1 diabetes supposed to occur in childhood?

Classically, diabetes has been divided into two broad categories—Type 1, also called insulin dependent or juvenile/childhood diabetes, and Type 2, the common variety of diabetes that threatens to engulf countries like India. Type 1 diabetes is caused by autoimmune destruction of the pancreatic insulin-secreting (beta) cells, leading to a state of absolute insulin deficiency (‘autoimmune’ is when the body starts treating one of its own organs as an enemy and attacks it). Type 2 diabetes is caused by an interplay of myriad factors, which include resistance of the body cells to insulin, and deficiency (but usually not complete absence) of insulin. Lifestyle plays a critical role in the development of Type 2 diabetes, whereas Type 1 comes literally out of nowhere and can affect anyone. It is important not to misdiagnose—Type 1 diabetes patients need insulin for survival, whereas most Type 2 diabetes can be managed with oral anti-diabetics for the major part of their lives. In both types, however, it is possible to lead a perfectly healthy life decades after being diagnosed.

Over the years, a steep rise in diabetes prevalence, coupled with changes in our understanding and better diagnostic tools have somewhat blurred these boundaries. It is not unusual now to see Type 2 diabetes in young men and women, adolescents and even children. In India, data from an ongoing Indian Council of Medical Research (ICMR) study suggests that in private, paid environments, 17 per cent of diabetes patients diagnosed below the age of 25 are actually affected by Type 2 diabetes. These days, if an 18-year-old boy comes to us with diabetes, there is a strong possibility of his being Type 2, especially if he is overweight and there is a family history of diabetes. Such patients can usually be given oral medication.

On the other hand, older individuals, in their fifties, like Theresa May, who would typically be expected to have Type 2 diabetes, can sometimes turn out to have Type 1. To quote the British Prime Minister: “The symptoms are tiredness, drinking a lot of water, losing weight, but it’s difficult to isolate things. I was drinking a lot of water. But I do anyway. There was weight loss but then I was already making an effort to be careful about diet and to get my gym sessions in.” As is usual, she was initially diagnosed with Type 2 diabetes, but a few months later was told that she had Type 1, insulin-dependent diabetes. Many with adult onset of Type 1 may not have such classic symptoms—the onset can be milder, and they may respond to oral anti-diabetic medication for months or even years. The damage to the pancreas in such cases happens over a period of time. This variant of Type 1 is called Latent Autoimmune Diabetes of Adults (LADA). It is thought that 2 to 10 per cent of Type 2s may actually be having LADA.

The condition is being increasingly recognised in Indians. Earlier this month, a visibly upset 57-year-old architect walked into my consultation chamber. He was diagnosed with diabetes two years ago, and despite all efforts, his HbA1c (a measure of preceding three-month glucose control) was 9 against a target of 7 per cent. He was losing weight. Something didn’t quite seem right. On investigating, it turned out that he had Type 1/ LADA, not the usual lifestyle-related Type 2. To his credit, he was quickly able to adjust to the idea of multiple insulin shots a day; his glucose control has already improved and I am confident that his HbA1c will be at target fairly soon.

Regardless of age, if your diabetes starts with severe symptoms— excessive thirst and urination, weakness and weight loss—you could be a Type 1. Get tested right away. If you have typical ‘mid-life’ diabetes, which initially responded to oral medicines but now—despite your efforts and escalation of medication— is slipping out of control, you could be a case of LADA. In my experience, requirement of three or more anti-diabetic drugs within three years of diagnosis is an important clue. The condition can be diagnosed in most cases by a blood test for antibodies against GAD 65. In both situations, insulin is the saviour.

If you have Type 1 diabetes, specialist advice on insulin therapy and skilled teamwork involving doctors, educators and nurses is critical. A person with diabetes is the player; the treating team is the coach. To quote Prime Minister May again: “It doesn’t and will not affect my ability to do my work.”