The truth about fish oil capsules and apple cider vinegar 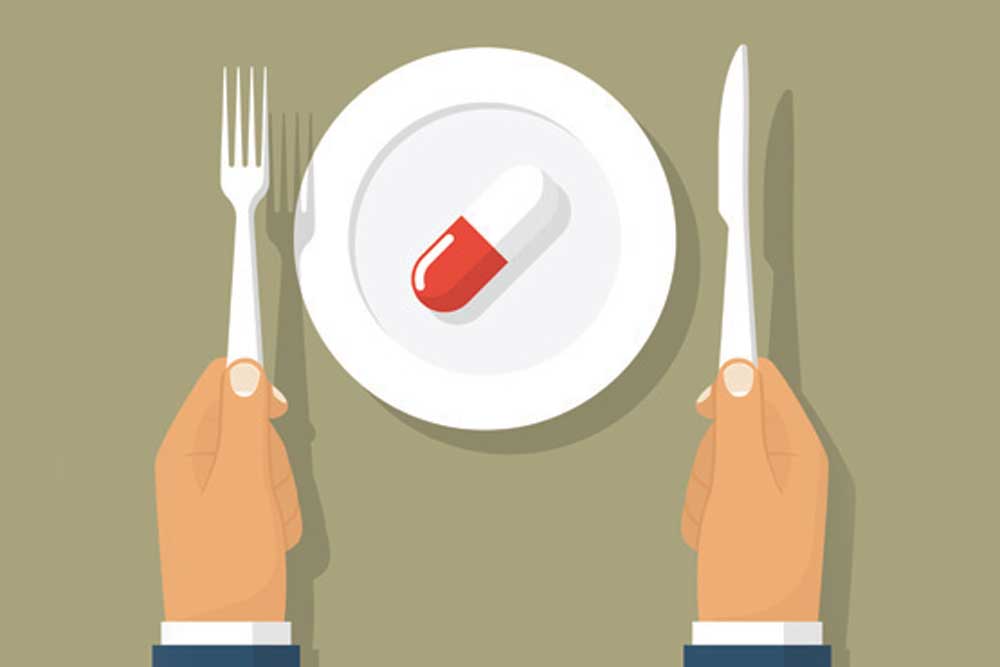 AS AN endocrinologist, I deal with lifestyle disorders like diabetes and obesity all day. Theories abound about food and food products which help in controlling diabetes better, or promote weight loss, and reduce the risk of heart attacks. It is an area where science often gets blurred, and belief tends to dominate. Powerful unbridled advertising makes the scenario murkier still. Let me specifically address two food-related products, fish oils and apple cider vinegar, that many of my patients consume either based on hearsay or on the advice of nutritionists.

One of the most debated issues in medicine is the role of fish oils in the prevention of heart disease. Fish oils have been used for centuries for a variety of perceived health benefits. In modern medicine, fish oils gained importance in the 1970s when Danish scientists reported that people who lived in fish consuming countries like Greenland had lower rates of heart disease. It was also found that consumption of oily fish once or twice a week lowered the risk of cardiac events.

What do fish contain that protects us against heart disease? Omega-3 fatty acids seem to be the key factor. These fatty acids play important roles in our metabolism and may positively impact growth and brain function. There are three types of omega-3 fatty acids in human physiology—alpha-linolenic acid (ALA), eicosapentaenoic acid (EPA), and docosahexaenoic acid (DHA). Humans cannot synthesise these fatty acids, so they have to be obtained through diet. ALA is found in plant oils (walnuts, flaxseeds, chia seeds) whereas the other two are found in fatty fish.

Fish oil capsules were developed and marketed in an attempt to circumvent the need to consume oily fish, and are among the bestselling dietary supplements today. Clinical trials on the ability of fish oil capsules to prevent heart attacks have shown minor or no benefit. Last month, the Journal of American Medical Association published a study that analysed published data on omega-3 fatty acid supplements used by patients with existing heart conditions. This included 10 randomised trials involving almost 78,000 individuals and concluded that the use of these supplements did not have any impact on heart attacks or death.

These studies teach us that supplements are not the same as food. Fish consumption is associated with better cardiovascular outcomes; fish oil capsules, although rich in omega-3 fatty acids, remain of questionable benefit.

Another food item that is increasingly becoming popular in India is apple cider vinegar, which is prepared by fermenting apple juice. The addition of yeast turns sugar into alcohol; bacteria then convert alcohol into acetic acid, leading to the strong sour taste. Vinegar is commonly used as salad dressing and in cooking. It has a high acid content and has to be used in small amounts— one or two spoons—else it can damage the teeth, throat and stomach. Rich in antioxidants, apple cider vinegar has been used for centuries as a home remedy for numerous disorders. Its current popularity stems from the belief that it helps in weight loss and treating diabetes. However, the effects are inconsistent and mild and not without side effects. It can cause lowering of potassium—which can adversely impact our nerve and muscle function. It can also slow down movement of food from the stomach in some type 1 diabetes patients (and so blood glucose levels may fluctuate unexpectedly). Even more importantly, because it can cause potassium depletion, it should not be used with drugs that also have potassium lowering effects, like water pills (diuretics, often used to treat blood pressure) or insulin. Diabetes patients on insulin should stay away from apple cider vinegar.

Interestingly, according to Carol Johnston of the University of Arizona, the mildly beneficial effect on blood glucose is not unique to apple cider vinegar, and can be observed with any kind of vinegar—wine vinegar, pomegranate vinegar or white distilled vinegar. It is acetic acid which blocks starch absorption and thus attenuates the sugar rise associated with starch consumption. The overall effect is mild: don’t expect it to prevent diabetes or significantly impact management. And while a weight loss study in Japan did show some benefits, it was only to the tune of a 1 to 1.5 kg over 3 months. So if you ‘believe’ in apple cider vinegar, make sure you use small amounts of it, sprinkled over salads or diluted with water.

These are just two examples of numerous popular food products that may have minor health benefits at best. Yet, if you were to google these products, you may feel convinced these are miracle cures for numerous ailments. It is in your best interest to confirm such information with your doctor before embarking on this expensive journey.