Don’t let yourself to be treated by news items 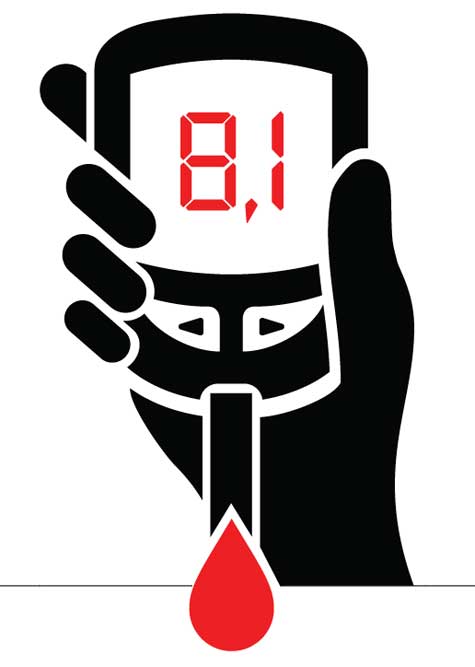 MOST OF YOU may have read the controversy doing the rounds in the media regarding targets of diabetes control based on recommendations by the American College of Physicians (ACP). It tells people what they want to hear—that they can be lax in their control of diabetes. Such an approach might harm people by lulling them into a false sense of complacence, and thereby impact their health, but that is not the media’s responsibility; that is for doctors to rectify.

Most diabetes patients (type 2, the common, adult variety of diabetes) have no symptoms. They are detected to have high blood sugar incidentally—in a health check or while testing for some other disease. Why should we be treating a laboratory value? It is not without reason. If we allow our blood sugar level to remain high, our tissues will be continually bathed in a sugar rich environment. The sugar sticks to the cells, and gradually corrodes them. Our blood becomes thick, sticky and our blood vessels tend to choke. As a result, our heart, eyes, kidneys and feet—and many other body parts—can eventually get affected. It stands to reason, therefore, that even if we are feeling fine today, it is important to control these ‘numbers’ to secure our future. I often compare managing diabetes to buying insurance. If you invest a little now, it will save you a lot of agony later.

Diabetes is defined as: A fasting blood glucose equal or more than 126 mg/dl , two hours after 75 gm glucose load a blood sugar equal or more than 200 mg/dl. These criteria, set by the American Diabetes Association (ADA), have been in place since 1997. A category called prediabetes, which includes people who have fasting values above 100 and below 126 and/or post glucose values between 140 and 200 mg/dl was introduced in 2002.

A remarkable advance over the last few decades has been a test called HbA1c, which measures haemoglobin to which sugar is attached and reflects the average blood glucose control over the last 3 months. A single blood sample can give us a reflection of the past three month’s blood sugar level. Of late, HbA1c is also being recommended for the diagnosis of diabetes, with values equal to or above 6.5 being labelled as diabetes and numbers between 5.7 to 6.4 falling in the zone of prediabetes.

These numbers are based on scientific evidence. A fasting blood sugar cutoff of 126 mg/dl means that if values above 126 are sustained for prolonged periods, the risk of organ complications increases. It is determined by bodies of experts, like the ADA, International Diabetes Federation (IDF), and WHO. Most national bodies follow these guidelines. The diagnostic criteria are not different for different nationalities or races.

The same organisations use data from long-term, landmark studies like the UKPDS to decide the targets for control. For a typical diabetes patient, an Hba1c of 7 or lower is considered good control. This target, however, is individualised. For an elderly patient, those with short life expectancy, or those with frequent episodes or risk for hypoglycemia (low blood sugar), and those with kidney or heart complications, more liberal targets between 7 and 8 are considered acceptable. This is not just because tight control is not expected to provide immediate benefits, but also because the risk of hypoglycemia outweighs the benefits of tight control in these individuals. In some studies, tight control in people with established heart disease (HbA1c <6.5) worsened outcomes. For newly diagnosed young diabetics, HbA1c targets of 6.5 are often recommended. The initial 5-10 years of diabetes are the golden period. Tight control in this phase can have a huge impact on lowering complication rates decades later.

A sobering statistic here is that the proportion of people who achieve these targets is quite low. In India, much less than half the patients achieve HbA1c targets. Perhaps the ACP, which is a body of internists/physicians, was swayed by these considerations. It is disturbing to read bizarre headlines like ‘Indian docs question new global norms (rules) for diabetes’ in leading Indian dailies. ACP guidelines are neither global nor are they rules. They have been criticised by expert bodies like the ADA and AACE whose guidance is typically followed worldwide.

What is most galling in this episode is the glee with which public set out to condemn Indian doctors because they tried to dispel the notions being spread by ACP guidelines. Statements by Indian doctors in this regard are not spurred by commercial considerations of using medications where they are not needed. Unfortunately, most patients do not achieve good control despite our best efforts. Please do not get misled by these news items. Your doctor has your best interest at heart. Have faith, follow your doctor’s advice.