A Cultural Survey of the Economy

Are we finally going beyond Kautilya in our economic thinking? 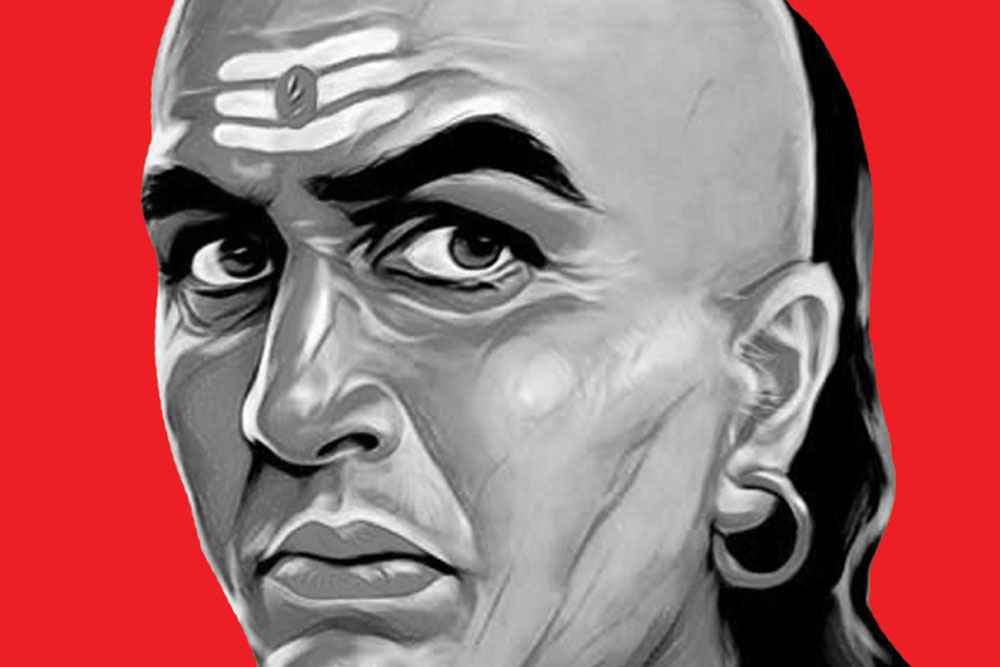 THIS YEAR’S Economic Survey is unusual. Every year’s Economic Survey is unusual. I have pointed out before that the Survey is not a constitutional requirement. A ‘White Paper’ started to be included in the Budget papers from 1950-1951. This became a separate Economic Survey in 1957-1958. We should read old documents. ‘This year, a beginning was made by presenting to Parliament with the budget for 1958-59 an economic survey for the year 1957-58, which contains valuable information. While all these documents progressively give more information than before, what seems to be really required by all concerned is not mere information or statistical series, but an analysis made by Government experts of the situation in its dynamic aspects and relating it in terms of policy objectives and in a concrete manner to the proposals of expenditure and taxation contained in the budget… Such an analysis should be made available to the Parliament sufficiently early to be made use of during budget discussions.’ This quote is from the 20th Report of the 1957-1958 Estimates Committee. Those were the expectations from the Economic Survey, at least then. For a long time, the Economic Survey used to be sedate. Before the 1991 reforms, though there were some improvements, Economic Surveys were essentially clones of each other. It started to change after 1991. However, for a long time, the Economic Survey was anonymous in character. It was a government document. It wasn’t a chief economic adviser’s (CEA) document, even if the individual CEA left his own imprint. (There has been no female CEA so far.) In recent years, the Economic Survey has become the CEA’s document. This year, for example, Volume II follows the old Survey template, but Volume 1 is the CEA document.

With that proposition, whenever there is a new CEA, there is something unusual about the Survey. Economic analysis apart, what’s unusual about this Survey is its quoting from Sanskrit texts and actually quoting slokas in Devanagari. I do not recall this having ever happened in the past. Naturally, these quotes are in Volume 1, not Volume II. In particular, let me flag two quotes, neither of which is quoted in Sanskrit though. The Sanskrit quotes are elsewhere. ‘The Rule of Law and maintenance of order is the science of governance.’ This is from Kautilya’s Arthashastra. ‘No branch of knowledge and policy is of any avail if the Rule of Law is neglected.’ The Survey attributes this to Kamandak’s Nitisara. I would have been happier if ‘Kamandak’ had been written as ‘Kamandaka’ or ‘Kamandaki’. Readers of Open will probably identify Kamandakiya Nitisara immediately. This was one of the Sanskrit texts translated by Manmatha Nath Dutt in 1896 and published as Elements of Polity. For a long time, this was the only English translation available. Then, in 1982, an English translation by Sisir Kumar Mitra was published by the Asiatic Society. On August 19th, 1898, Manmatha Nath Dutt wrote to the Viceroy and Governor General: ‘Sir, I have the honor in sending you a copy of Kamandakiya Nitisara, the most celebrated work on Hindu politics. I have taken much pains in collating the text and rendering it into English. My object in sending you this copy is to solicit the patronage of His Excellency so that His Excellency may be pleased to encourage my undertaking by purchasing one or more copies which His Excellency may think proper.’ The government refused. In 2019, a Government document quotes from the text, that too, the Manmatha Nath Dutt translation, not the Sisir Kumar Mitra one. Such is the wheel of time.

Today’s government is yesterday’s king and today’s governance template is yesterday’s raja dharma. There are quite a few texts on governance and polity, though people usually quote Chanakya/Kautilya. When they quote Chanakya, it is usually from Arthashastra. For instance, in the 2010-2011 Budget speech, Pranab Mukherjee said, “While formulating [taxes], I have been guided by the principles of sound tax administration as embodied in the following words of Kautilya: ‘Thus, a wise Collector General shall conduct the work of revenue collection… in a manner that production and consumption should not be injuriously affected… financial prosperity depends on public prosperity, abundance of harvest and prosperity of commerce among other things’.” Where is this from? The guess is right. It is from Arthashastra. I find many people quoting these specific sentences. Did you notice those dots in the quote? They aren’t quotes from a continuous passage. Those specific discontinuous bits were quoted in a book on Mauryan public finance written by MH Gopal. This leads me to suspect that many people, including those who provided inputs to Pranab Mukherjee as Finance Minister, don’t read the complete translation of Arthashastra, which is readily available (such as the one by Shamasastry), but use secondary sources instead. In the 2009-2010 Budget speech (the July one) Pranab Mukherjee again quoted Kautilya, not once, but twice. The second time, ‘Just as one plucks fruits from a garden as they ripen, so shall a King have revenue collected as it becomes due. Just as one does not collect unripe fruits, he shall avoid taking wealth that is not due because that will make the people angry and spoil the very sources of revenue.’ This is a continuous quote and is again from Arthashastra.

However, there is another Kautilya quote cited quite often and it is not from Arthashastra. This goes something like the following: ‘Just as a bee progressively collects honey from various flowers, a king must collect taxes accordingly, without destroying the flowers. Alternatively, a king must collect taxes for the kingdom just as one milks a cow, without selling the cow.’ In the 2019- 2020 Budget speech, Nirmala Sitharaman also quoted Chanakya. “Chankaya Niti Sutra too says: ‘Karya purusha karena lakshyam sampadyate.’” Meaning: ‘With determined human efforts, the task will surely be completed.’ Several commentators immediately concluded this is from Arthashastra. It isn’t. By the way, I don’t quite like the way the Budget speech printed it in English. It should be ‘karyam purushakarena lakshyam sampadyate.’ The English translation is roughly right. Slightly better would be, ‘With human efforts, the task will achieve its objective.’ As the Finance Minister clearly stated, this quote isn’t from Arthashastra. It is from a collection of aphorisms known as Chanakya Niti. These are popular sayings that float around and are ascribed to Chanakya. You will find these aphorisms in general and you will also find specific ones on raja dharma, published as Chanakya Raja Niti. Asked about texts on raja dharma and governance, people will invariably mention Arthashastra. Arthashastra is certainly about such matters, but there are many others. Chanakya Niti is one. The Mahabharata is another. Not just the Shanti Parva and Anushasana Parva sections of the Mahabharata, but also something known as ‘Vidura Niti’. The much-maligned and never-read Manu Samhita is an example of another text. Those metaphors about tax collection by kings recur across texts: the bee collecting honey from flowers; the milk being collected from the cow; the sun collecting water from the earth and showering it down as rain; the garland-maker collecting flowers, unlike the coal-maker, who destroys trees; and so on. You will also find them in as unlikely a place as Kalidasa’s works. It is a pity that we tend to equate everything with Arthashastra.

Kamandakiya Nitisara is a most interesting document and I am glad we are getting some attention focused on that too, though the Economic Survey only has a passing mention. It’s important to understand that there were several works along these lines, on the topic of arthashastra, and different schools and scholars before Kautilya. They have been lost and so was Kautilya’s Arthashastra before Shamasastry rediscovered it. Arthashastra itself quotes from some of these earlier authors, though their works have been lost. This is what DR Bhandarkar wrote on Kautilya’s Arthashastra: ‘It thus seems that the old works on the Arthasastra were being forgotten in his time. And to rescue this Science from oblivion Kautilya appears to have made a vigorous attempt to getting hold of old works, most of which he did succeed in obtaining and which he brought into requisition in composing his treatise.’ As I have already suggested, arthashastra is primarily, not exclusively, about what kings should do, niti is more general, unless one is restricting niti to raja niti. Just as there were works before Kautilya’s Arthashastra, there were works after Kautilya too. Kamandakiya Nitisara is one of these, but it isn’t the only one. Such texts didn’t quite contradict Kautilya’s Arthashastra, but supplemented it. Since they were written over several centuries, one can also track how notions of kingship and royal responsibilities changed. The template of governance evolved, as it should. I find Kamandakiya Nitisara to be more focused than Kautilya’s Arthashastra. In case you didn’t know, Hitopadesha quotes from Kamandakiya Nitisara. I am happy we are finally quoting texts other than Kautilya’s Arthashastra. Volume 1 of the Economic Survey has 11 chapters, and Volume 2, 10. If we have 21 chapters next year, how about quoting from 21 different arthashastra texts? Yes, there are that many and more.