Indian-Americans, hailed as a ‘model minority’ in the US, are all over the news for a variety of wrongdoings. Is Indian culture at fault? 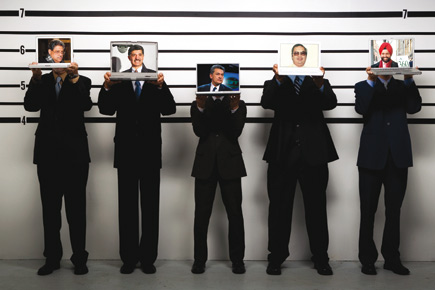 Indian-Americans, hailed as a ‘model minority’ in the US, are all over the news for a variety of wrongdoings. Is Indian culture at fault?


NEW YORK – The news early this month hit the Indian-American community like a thunderbolt: Rajat Gupta—iconic, trailblazing executive; philanthropist friend of Bono, Bill Gates and Bill Clinton—had been charged in connection with the biggest case of insider trading in US history.

“One is shocked to learn about Rajat Gupta,” says Sunil Adam, editor of Desi Talk, the leading English-language weekly for South Asians in the US. “He made it big in a sector that is not really known for Indian genius, which makes this all the more tragic.”

The reputation of Gupta and so many other Indian-Americans has long been one of hard work, intelligence and high-profile success, primarily as doctors, engineers, executives and journalists. Picture CNN commentator Dr Sanjay Gupta, Silicon Valley entrepreneur Vinod Khosla, filmmaker M Night Shyamalan, Pulitzer Prize-winning novelist Jhumpa Lahiri or Time magazine editor-in-chief Fareed Zakaria, and you begin to get an idea of how most Americans see their smarter, browner, wealthier and often better-looking compatriots.

Now that legacy may be tarnished. A rash of news-making criminal activity, from theft to embezzlement and financial and journalistic fraud, has Indian-Americans seeming more human, more fallible, than ever before. No tale hits harder than Gupta’s.

Born in Calcutta in 1948, Gupta earned his mechanical engineering degree from IIT Delhi, then an MBA from Harvard Business School. He rose swiftly through the ranks at McKinsey & Co, and in 1994, aged 45, became the prestigious consulting firm’s first foreign-born managing director—and the first India-born CEO of a global US corporation, paving the way for current Citigroup CEO Vikram Pandit and PepsiCo Chief Indra Nooyi.

Advising powerful executives and inspiring ambitious Indians worldwide, Gupta held the post as the world’s leading business consultant until his retirement in 2003. Today, he chairs the boards of Harvard Business School, the American India Foundation, Gates Foundation’s Global Fund to Fight AIDS, Tuberculosis and Malaria, and the Indian School of Business, Hyderabad, which he helped found in 2001.

But on 1 March, the Securities and Exchange Commission, the US stockmarket watchdog, filed a civil complaint against Gupta, alleging that he passed confidential financial information about Goldman Sachs and Procter & Gamble to his friend and business associate Raj Rajaratnam while he sat on the boards of those two firms. Gupta’s lawyer has denied any wrongdoing. “It seems very strange for a man of this stature to fall into this way of getting into trouble,” says Adam. “If it’s true, it has something to do with the almighty hubris that seems to have infected Wall Street.”

The SEC has charged more than 40 defendants in the case, which centres around Galleon, Rajaratnam’s multibillion dollar New York hedge fund. Rajaratnam, a 53-year-old Sri Lankan-American, was arrested in October 2009 and his trial for securities fraud and conspiracy began recently. At least four others involved in the Galleon case are also of Indian heritage. Rajiv Goel, formerly a director at Intel capital, and Anil Kumar, formerly of McKinsey, have both pleaded guilty to insider-trading. Sunil Bhalla, senior vice-president at the billion-dollar tech firm Polycom, has been charged with the same offence. And Samir Barai, head of the now-defunct Barai Capital, has been charged with conspiracy to commit securities and wire fraud.

But the recent bout of Indian-American malfeasance goes well beyond the financial sector. Calcutta-born Anjan Dutta-Gupta, 58, has been charged with paying $10 million in bribes over a 12-year period to secure US naval contracts for his Georgia-based technology firm.

Military engineer Noshir Gowadia, 66, was convicted last year of selling secrets to China about a US stealth fighter jet and sentenced to 32 years in prison. Allegations of suspect bank deals have trailed Sant Singh Chatwal, a well-connected Indian-American hotelier, for more than a decade. And just last month, two Indian-American jewellers in New York City were charged with carrying out a fake heist inspired by the 2001 film Snatch. Authorities say that in December 2008, Atul Shah and Mahaveer Kankariya hired gunmen to dress up as Hasidic Jews and pretend to steal from their safe in an attempt to claim $7 million in insurance money and stave off bankruptcy.

This rash of tabloid-friendly transgressions arrives a year after a promising young Indian journalist in New York, Mona Sarika, was found to have plagiarised large portions of stories she wrote for The Wall Street Journal, Foreign Policy and The Huffington Post.

It’s mostly unfamiliar territory for a community that Forbes magazine dubbed ‘The New Model Minority’ in 2009. Although America’s 2.6 million Indian-Americans constitute just 1 per cent of the population, they represent 3 per cent of the country’s engineers, 7 per cent of its infotech workers and 8 per cent of its doctors, not to mention an outsized portion of its media personalities.

Median household income among Indian-Americans is more than $97,000, highest among all major US immigrant groups, and more than 40 per cent have a Master’s degree or better—five times the national average.

So, why have these intelligent, successful professionals been committing such lapses in judgement? Some, as Adam suggests, are acts of desperation linked to the Great Recession that began in 2008.

Yet, critics also point to ethnicity-related issues such as the absence of an all-eyes-watching village culture from back home, or, conversely, the lingering influence of India’s infamous culture of corruption. Amy Bhatt analyses the South Asian diaspora as a PhD candidate at the University of Washington who has done field work in India. She’s not buying either of these reasons. First, says Bhatt, sizeable family networks have been re-created in the US in large part because familial re-unification is the primary driver for Indian immigration. Second, most of the businesses involved in these cases were started in the US.

“I don’t know if that culture of corruption could be translated across international borders,” says Bhatt, who was among the victims of Sarika’s plagiarism. “The recourse to culture as an explanation does a bit of harm.”

But another Indian-American observer disagrees. “Maybe there is a certain cultural component to this,” says Adam. For most Indian-Americans, “this Western business culture is relatively new, business ethics are still relatively new,” he elaborates. “In India, the private sector is as corrupt as the state sector—it’s all hand in glove, that is the culture that they come from.”

Adam acknowledges that only a minuscule percentage of the community engages in such crimes, and to stereotype them would be a mistake. But as more Indian-Americans achieve success, there are going to be a few bad apples.

And it’s not the first time. In 2000, Alpna Patel, a Maryland dentist, was convicted of killing her husband in Baltimore, while Kamal Lal, a property owner from Fresno, California, was accused of trading sex with homeless women for discounts on rent.

Today, Indian-Americans have achieved the kind of prominence that draws national media attention. They may be victims of their own success more than of a culture that’s seen to tolerate corruption. “I think the reason these crimes are getting attention is the strong affiliation with the model minority myth,” says Bhatt.

Either way, Indian-Americans, or for that matter anyone ever tempted to manipulate his/her job to get ahead illegally, might be wise to recall what Gupta, in a 1994 interview, called the fundamental philosophy of India: “Worship work and do it for its own sake.”