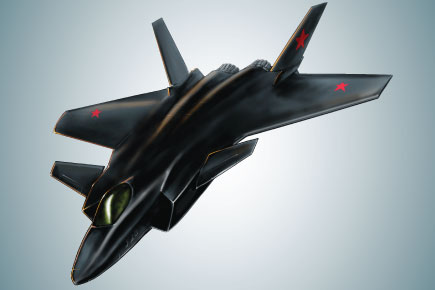 
Hours before American Secretary of Defense Robert Gates was to meet Chinese President Hu Jintao at the Great Hall of the People in Beijing on Tuesday, 11 January, an aircraft took off from an airfield in the southwestern city of Chengdu. The flight lasted barely 15 minutes, but it was a clear message that the strategic balance of global air power was set to shift inalterably. The fifth-generation Chinese stealth fighter, the J-20, which took off on that day, was a signal that the end of American technological dominance of the skies may no longer be a question of decades but years.

Denis Roy, senior fellow at the East-West Center in Honolulu, notes, ‘The unveiling of the new Chinese stealth fighter, which the US press is characterising as a rival to the US F-22, reinforces two general US perceptions about the Chinese military. The first is the sense that the PLA (People’s Liberation Army) is modernising more quickly than expected and catching up with US capabilities. The second is anxiety about Chinese intentions, and the fear that Beijing plans to challenge the accustomed US role and US interests in the Asia-Pacific.’’

For weeks before the flight, pictures of the stealth fighter had been making their way to several Chin-ese websites. The very fact that they were not pulled out and the websites left free to operate was a signal that the world was meant to know of the existence of this fighter. The photographs were impressive, displaying the kind of technology that the world had suspected the Chinese were a decade away from developing. For this very reason, there was no shortage of sceptics, among them Robert Gates.

Now, on his way to China, he admitted that US intelligence had underestimated the Chinese. He told reporters aboard his plane, which arrived in Beijing on Sunday, “I think what we’ve seen is that they may be somewhat further ahead in the development of that aircraft than our intelligence had earlier predicted.” But even then he said he remained unsure of how ‘stealthy’ the plane was.

The flight that took off from Chengdu was the Chinese answer. This time the news did not filter out through grainy photos on the Web. It was Kanwa Asian Defence magazine (an East Asian military journal) editor Andrei Chang, a long-time observer of the PLA, who confirmed this in a report from Hong Kong. He said the J-20 took off at 12:50 pm local time, and this was the report the Chinese state-run media picked up to confirm the flight.

John J Tkacik Jr, Chief of China Intelligence in the US Department of State during the Clinton Administration and now part of the right-wing Heritage Fou-ndation, tells Open, ‘‘Obviously, we don’t know the technical specifications of the J-20 aside from what we see in the videos, but it appears from the videos that the engine nozzles are for a Chinese-manu-factured engine, and that they show very little exhaust, which indicates that they are quite well advanced, not relative to the US, but to most other countries.”

‘‘The Chinese also indicate that they have Russian-made engines as well, and this could mean the fighter will be available before 2017. Photos of the underside of the test aircraft don’t reveal any lines for weapon bays, so either the test aircraft doesn’t have weapon bays, or they are very tightly incorporated into the fuselage, and hence signal quite acceptable stealth characteristics. I could not see whether the thrust vectoring [the engine’s ability to change altitude and velocity] was performing well in the test flight videos, but it seemed to be part of the design. I could not see whether supercruise—supersonic cruising spe-eds—were tested.’’

The characteristic indicated by Tkacik are indicators of the advancements the Chinese have managed. Stealth characteristics, the ability to remain concealed from enemy radar, are what distinguish fifth-generation fighters from all other serving fighters around the world. Supercruise is the ability to reach supersonic speed without the use of afterburners (used on most military jets to achieve extra thrust by injecting additional fuel into the jet pipe), which show up on the radar.

So far only one fifth-generation fighter, the US Air Force’s F-22 Raptor, is in active service, but its performance in air exercises demonstrates a vast superiority vis-à-vis the US F-15 and F-16. As Tkacik notes, ‘‘The J-20 appears to be about two metres longer than the US F-22, and this could mean that it could hold more weapons, and hence each J-20 could shoot at more targets. Or it could mean that the J-20 will hold more fuel, and therefore be able to fly longer distances and/or loiter longer in target areas. One F-22 is said to be able to shoot down as many as twelve fourth-generation fighters before exhausting its air-to-air missiles and turning to on-board cannon. The purpose, of course, is to deploy effective fighter cover with the least number of aircraft.  A J-20 would nullify or erode that advantage.’’

The possibility that these aircraft could be deployed in the next few years is one that should worry not just Americans. Says Tkacik, ‘‘India has the most to lose with this new Chinese capability, especially as the J-20 could be based in Tibet and Xinjiang, and it will be able to support significant Chinese ground-troop operations all along India’s Himalayan borders—and those of Sikkim, Bhutan and Kashmir (not to mention Nepal).’’

Indian defence officials have taken note of the potential of this aircraft in reshaping the strategic context over the Himalayas. The stealth characteristics of the aircraft and the relatively thin deployment of Indian radar cover ‘‘can potentially mean a pre-emptive running attack by the PLA air force,’’ says a senior air force planner requesting anonymity.

It is not that India has been unaware of the threat, but, like Robert Gates, it has been labouring under the illusion that it still lies in the distant future. The Indian response was planned in conjunction with Russia. The air force planner adds, ‘‘We have jointly developed fifth-generation aircraft from Russia joining in around the same time [as the J-20 becomes operational]. It’s too early to tell in this dogfight.” Harsh V Pant of the Centre for Defence Studies at King’s College, London, agrees: ‘‘By the time the J-20 becomes operational, the joint India-Russia response will be ready, and it will add complexity to the South Asian theatre. Do not underestimate the Russians in aircraft technology.”

The aircraft they are talking about is the T-50. Just a month ago, India signed an agreement with Russia for joint development of a fifth-generation aircraft. Russia has already flown a few sorties of the platform on which the T-50 is to be built.

According to Air Marshal (Retd) Kapil Kak of the Centre for Air Power Studies, a think-tank that tracks strategic developments in aerospace: “The Chinese have this seeming headstart with the new prototype, but the Indians have a credible answer. We are not buying the next plane. We are co-developing it. And Russians are to aircraft what Germans are to motorcars. The T-50 platform will develop and outmatch the Chinese for the simple reason that it’s a few steps ahead already. India will be in an easy position, come 2020, with its 124 new fourth-generation multi-role aircraft contract well on the way, and add to that the Tejas (a third-generation fighter) to take on the MiG-21 workload.”

It is this mention of the Tejas that makes most strategic affairs experts pause on India’s ability to develop a credible alternative, even in partnership with Russians. The Tejas has been 23 years in the making, and as Kak says, it is a third-generation aircraft. India now hopes to skip a generation and do as much work in the next five years as it was unable to do in the past two decades or so.

The idea behind Tejas was to develop an aircraft and its engine from scratch. The Kaveri engine was to be a gas-turbine engine, but the programme ran into trouble soon. The Gas Turbine Research Establishment (GTRE) could find neither the right talent nor the parts to put it together. Then, it was hit hard by sanctions. Finally a semblance of an engine was readied three years ago with a little bit of reverse engineering. After failing several cold-weather trials in Russia, the Government finally decided to invite a foreign manufacturer as a partner in the development of the engine, which is still underway. Meanwhile, the GTRE is proud to present the failed LCA engine as one fit for ships.

It was then decided that the initial versions of the aircraft would use the American GE404 engine. The pace of the programme was hit by American sanctions, and so far only 12 GE404 engines are available to power the first squadron. The radar that HAL, DRDO and ADA were developing ran into problems as the radar units developed by these entities ‘‘did not talk to each other’’, meaning the on-board radar was dysfunctional. The Government was forced to requisition Israeli radars.

The Tejas is touted as a fly-by-wire system; that is, one that uses sophisticated computer electronics to make it as foolproof as possible. A fly-by-wire aircraft normally has four circuits for each connection, meaning even if one circuit to the landing gear fails, three others will still operate. But in reality, the Indian Tejas has only two such circuits, not four. Technically it does not qualify as a fly-by-wire aircraft. And guess what India is handling in the fifth-generation fighter project it is planning with Russia—the fly-by-wire system.

Ranged against India’s faltering attempt is the Chinese past, which has made a virtue of reverse engineering. A Wall Street Journal report recently summarised how China was able to build its current generation of fighters—the J-11B. In 1996, Russia agreed to supply 200 SU-27s to the Chinese. In 2004, China abruptly cancelled the contract after 104 such planes were developed. In three years, a Chinese version of the SU-27 was shown flying on state television.

The J-11B is a fourth-generation aircraft and its rapid development is what has, in all likelihood, given China its ability to look at a fifth-generation fighter. Far too often, Western firms have ignored the Chinese ability to develop cheap imitations only to find that within years China has upgraded its design and capability to be more than a match for Western firms. History is now being repeated with the technology of war.

Tkachik is clear that ‘‘this test flight was designed to be provocative, in the sense that it will provoke the United States to reassess its ability to challenge China’s rise as the pre-eminent power in Asia. I think the Chinese military believes that once the US sees how rapidly China has modernised, and how much disarray its own economy, industry and financial structure has fallen into, the US will quietly back away’’.

This may not be the most likely option, but it remains a real possibility. If so, India will be left to fend for itself. For the moment, it has no choice but to place more faith in Russian scientists than its own.

With reports from Adam Mathews, Anil B Lulla and Ninad D Sheth