The visual history of a famous victory 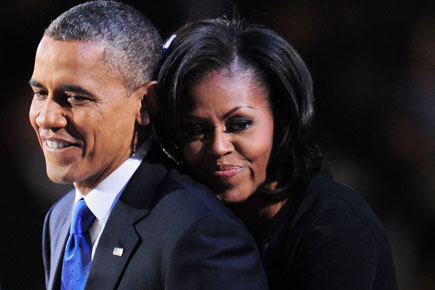 The visual history of a famous victory

Former President Bill Clinton introduces President Barack Obama during a campaign rally in Bristow, Virginia. Clinton’s support was a much-needed shot in the arm for the Obama campaign

A poster of US Presidentelect Barack Obama as Superman on Melrose Avenue in Los Angeles, California, a day after he won his first presidential election

“It’s like Etch-a-Sketch. You can shake it up and we start all over again” ~ ERIC FEHRNSTROM, senior advisor on the Romney campaign, expressing enthusiasm at starting from scratch once Mitt Romney was confirmed as the Republican party’s nominee for President

“If it’s a legitimate rape, the female body has ways to try to shut that whole thing down” ~ TODD AKIN, Republican nominee for Senate in Missouri, in an interview with FOX affiliate KTVI, contending that women who are raped do not require abortions because rapes rarely, if ever, lead to pregnancy

Actor Clint Eastwood addresses an empty chair and questions it as if it were US President Obama, as he endorses Republican presidential nominee Mitt Romney during the final session of the Republican National Convention in Tampa, Florida

Obama-backers at a US embassy event at the Imperial Hotel, New Delhi