Any Colour You Like, So Long as It’s Sharp

At Basel, the world's premier fair for luxury watches, black is everywhere 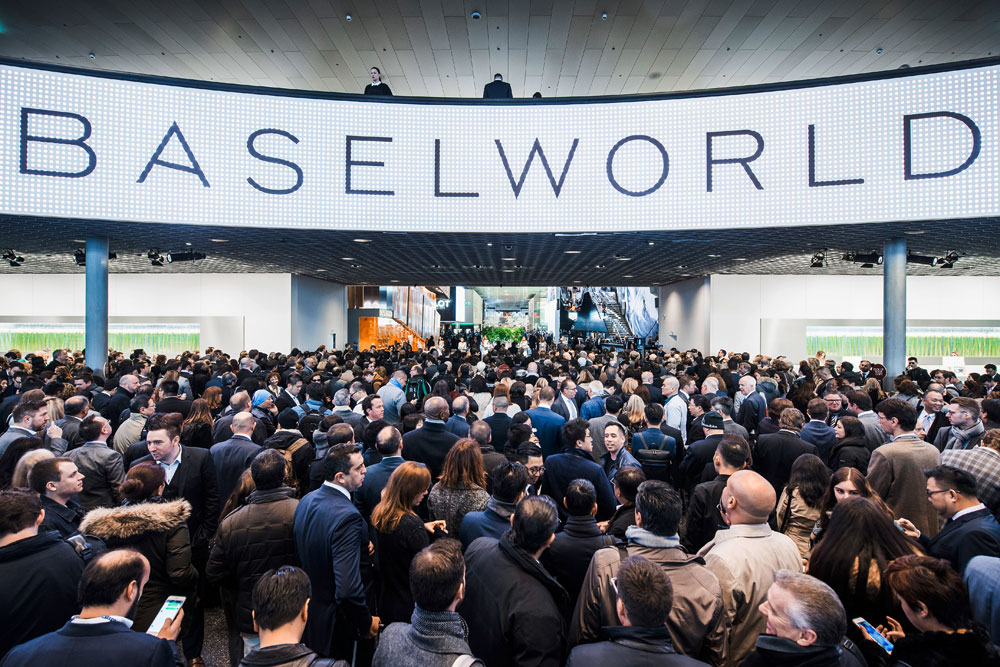 ‘Ultimately, there’s Black’ says one of the most memorable ads ever for a Scotch whisky. And even though Swiss watch makers have had a bad start to 2016, with the industry’s export figure of $1.5 billion this January down some 8 per cent year-on-year, there is no talk of anyone losing money or anything. That’s one of the charms of a business where prices are determined by a soft cloud of values more than the hard cost of production. Luxury seems almost loss proof.

At Basel, the world’s premier fair for luxury watches, black is everywhere. Not just on shoulders, arms and legs, but also straps, bezels and dials.

Even of Calvin Klein’s newly unveiled range of Color watches, the coolest is simply the black one with the name imprinted in large white letters across the strap as well as dial (only the ‘vin K’ of it on the round).

Among new launches, another attraction is Tag Heuer’s Carrera 02T Black Phantom, though the colour looks even better on its Monza, a model originally designed in honour of Niki Lauda’s first Formula 1 title with Ferrari in 1976, redone and relaunched in a titanium case with a matte coating. In keeping with the theme, even Tag’s Connected watch–which uses the same software as Samsung’s G2 to go with one’s phone–plays on black as the brand’s aesthetic frame of reference.

Motor mania doesn’t always inspire good lookers for one’s wrist. Hublot has a new watch that takes its design cues from the engine of La Ferrari, a super car, and it looks ugly has hell. As if to make up, Hublot has a beauty in its transparent Big Bang Unico, which boasts of an all-new sapphire case.

Another model hard to miss is Seiko’s Astron GPS Solar, which sets its time via satellite, though the brand’s black winner this year seems to be its Grand Seiko in ebony ceramic.

Among the pilot dashboard kind of watches, the most striking is Breitling’s Hurricane, an outsized watch from its Avenger series that’s amazingly light. It’s all black, and its case, it turns out, is made of a special alloy it calls Breitlight.

Also elegant in our theme colour is Frederique Constant’s Horological smartwatch, an updated version of which has been launched at Basel. The broad idea, though, is the same as last year’s: offering a classic look with all the network technology hidden well behind the dial.

Among standout designs in black, there is also Jaquet Droz with its new Grande Seconde, a model famous for overlapping sub-dials that form an 8 and for its seconds hand being larger than the other two. What’s new this year is that the dial is black onyx.

Rado, which has bet big on ceramic cases in recent years, has been grabbing attention with its True Thinline Skeleton, a see-through watch that’s surprisingly slim. Its True Open Heart looks nice too.

At the Omega stall, meanwhile, everyone looks impressed with the brand’s new Seamaster Planet Ocean, a black watch that has been given a biceramic black and white bezel. Omega Speedmaster’s moonphase deserves a medal all of its own for the best gimmick. It has a hi-rez image of a footprint left on the moon by an Omega wearer.

The Rolex tweaks are much talked about too. Its Oyster Perpetual Air-King now has its hour numerals for 3, 6 and 9 enlarged on its black dial. These numerals on its Explorer have a new glow. But among the Oysters, the aahing has been mostly over Rolex’s new Daytona with a cerachrom bezel–black ceramic.

Those look marvellous. And cost the earth. If that sort of aesthetic appeals to you, and you figure you could settle for a little less luxury, try the Victorinox Inox Professional Diver. All black. Made by the Swiss Army Knife folks. And it cuts nobody any needless slack.