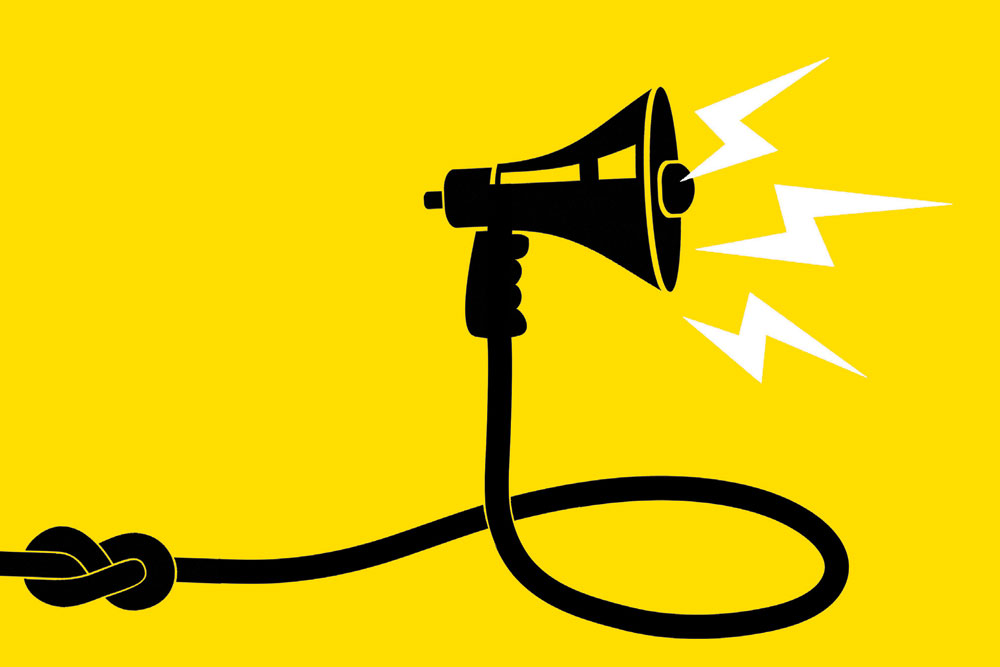 
NO SOONER DID the Centre announce that Lockdown 3.0 would go on till May 17th, Telangana unilaterally said that they would keep it on until May 29th. It was a surprise given that the numbers infected by Covid-19 seemed relatively few in the state. At below 1,500 cases, it did not even figure among the top 10 states. Opposition parties in the state had no doubt about the reason. They have all been accusing the state government of hiding the true numbers. And the Indian Council of Medical Research’s (ICMR) reports on testing done by states only lent credence to the allegations. A Newsminute report this week comparing southern states on this count, as per ICMR data, had this to say: ‘Telangana had been providing sample numbers till April 30. However, the updated numbers since then are not known. A total of 1,367 people have tested positive so far, with 939 recoveries. The state has recorded 34 deaths so far.’ While next door Andhra Pradesh had tested ‘2,01,196 samples out of which 1,99,059 were negative’, no one had any idea what it was in Telangana. Which meant that no one, except the government, knew what the spread of the disease was.

Similarly, West Bengal had been accused by the Centre of not providing a correct picture of the outbreak. BJP leader Swapan Dasgupta tweeted an image of a circular by a Murshidabad government hospital which specifically asked doctors to not mention Covid-19 as a cause of death if a patient was positive. He wrote: ‘Absolutely scandalous. This official circular in Murshidabad (W Benga) clearly states that Covid19 positive should not be mentioned in death certificate. Will fudging the figures alter the grim reality of a callous state government?’ Later, the Centre forced the state government to label deaths accurately and it led to a spike in numbers. As The Print report of April 24th said, ‘The Covid-19 toll for West Bengal went up by three times Friday, hours after the Central Government wrote to the state chief secretary asking for “case records” of all coronavirus-linked fatalities that had been attributed to other causes by an expert panel constituted by the Mamata Banerjee government. The panel was formed earlier this month to “audit” coronavirus fatalities reported by hospitals in the state.’

Even states that began by being transparent like Maharashtra, and going by the best practice rulebook of doing as many tests as possible, soon found itself in a bind when it swiftly got the tag being responsible for the entire country’s curve continuing to be on the ascendant. Maharashtra now seems to be managing the information. It has often changed the protocol to be followed for tests and opened itself to accusations of bringing numbers down by sleight. The rising numbers of infected had cost the job of the municipal commissioner of Mumbai responsible for containing the pandemic. The new municipal commissioner, as soon as he took charge, again changed the testing protocol this week, further reducing the target population. A Times of India report said, ‘Only patients with symptoms, pregnant women and aged persons will now be tested for Covid-19, according to BMC’s latest testing guidelines. Issued on Wednesday, the guidelines say high-risk asymptomatic contacts be tested once between the fifth and 14th days. The earlier rule that admitted patients have to test negative twice before discharge will only apply to ‘critical’ patients.’


If a country or state, in order to show itself efficient, hides the truth, then it can have a bigger fallout elsewhere. The advantage of a working democracy is that the opposition is looking for precisely such tricks from
governments and, while they might add their own disinformation, governments are always challenged about transparency

Governments are not comfortable with giving out information unless it shows them in a good light. In a crisis, even if not of their making or one that they can exercise little control over, they are still wary about reputation risk. The answer is often to turn the information tap into a trickle or change the colour of the water itself. In the initial decades of independent India, it was common for people to hear about numbers from a natural disaster like an earthquake from Doordarshan and multiply it two or three times as if it was the most natural thing in the world. But that is not a risk-free strategy today. India used to be effectively a one-party ruling state when absolute control over information could be managed. With the media explosion following liberalisation and the increase in strength of the opposition, hiding information comes with political cost.

A country today where there is only one party did play the information-management game when the virus first made its arrival there. And while it worked within its own borders, it is now under attack from other countries for dishonesty and spreading danger. China had no problem in concealing the true extent of the pandemic from its own people even as it went about containing it through draconian social engineering skills. But Western nations, led by the US, are now charging China with being entirely responsible for the global pandemic because if it had been open and honest, others could have prepared earlier and prevented it in their shores. China did it earlier too with the 2002 SARS outbreak but luckily escaped the consequences because the pandemic didn’t spread globally.

Information management from one’s own citizens is never a good idea but it is especially problematic during a pandemic. If a country or state, in order to show itself efficient, hides the truth, then it can have a bigger fallout elsewhere. Assuming that a state shows fewer numbers of infected, then it makes other states not take necessary preemptive measures, as it happened with China. The advantage of a working democracy is that the Opposition is looking for precisely such tricks from governments and, while they might add their own disinformation, governments are always challenged about transparency. Like the PM CARES fund, about which details are not being made available. It has been a constant target for the opposition and led to the Government saying this week that Rs 3,100 crore were going to be spent from it, Rs 2,000 crore on ventilators, Rs 1,000 crore for migrant relief. Even now, the total corpus in it is still not made public.

Transparency will also be crucial once the lockdown is lifted. Without every government knowing the true state of affairs of all of them, it opens up a route for large clusters to develop before being nipped in the bud. China’s fate is a good lesson for all governments about the danger of hiding information provided they take it.