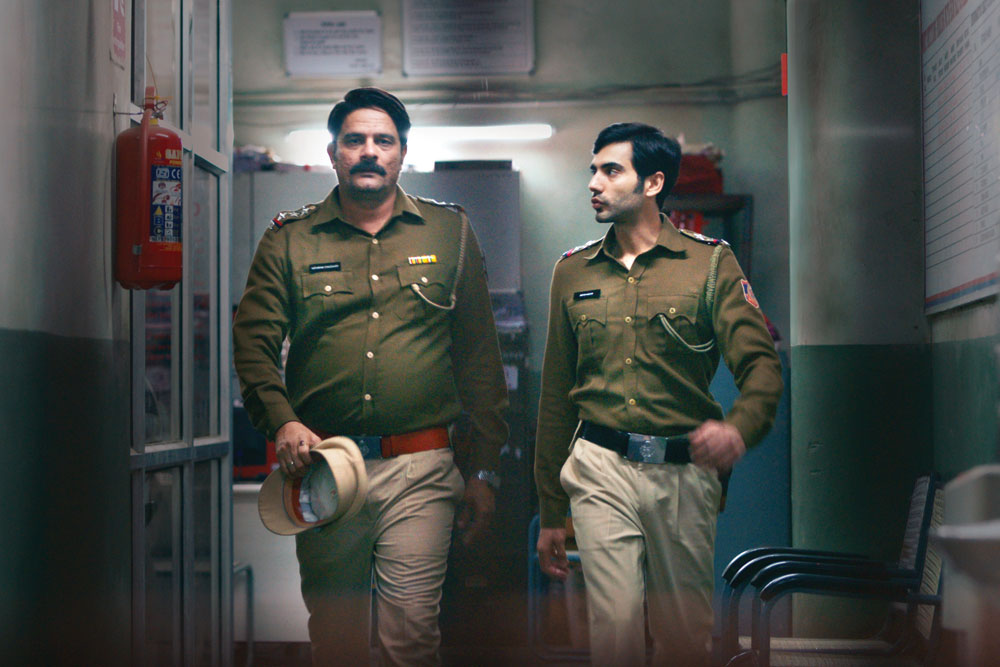 
FOR MANY FILM buffs across the country, the weekend before lockdown 4.0 was announced was a dark one. It had less to do with the real world, and more with what was playing on their devices. Amazon Prime’s latest show Paatal Lok, which premiered on May 15th, has immersed hundreds of viewers in its grim yet gripping world. The crime-thriller that tracks the story of an underdog Delhi sub-inspector, desperate to solve the one big case he lands, is being touted as the best Indian web series within the genre. It is now uttered in the same breath as Sacred Games. Many of its sharp dialogues have made it to memes.Its protagonist Hathi Ram Chaudhary (played by the reticent Jaideep Ahlawat) is on his way to becoming a cult within Indian OTT (over-the-top media service or streaming media service) platforms. Paatal Lok, both in its writing and visualisation is truly path-breaking. The show is a classic combination of a common man’s dreams and the thrills of a crime-ridden life, and it has hit home with its viewers.

The show’s creator Sudip Sharma and directors Avinash Arun and Prosit Roy now join a group of unconventional and bold storytellers riding the web wave in India. “It took Sudip two years to write and another year for us to make. The idea of the show was to reflect a dark reality that we live in, without glorifying the corruption, politics, casteism and sexism that is so rampant in our worlds. The fact that the camera is a mere spectator to the complex lives of the characters in the show makes it relatable, almost like the audience is in that world,” says cinematographer turned director Avinash Arun who has been the cinematographer for films like Drishyam (2015).

The last few years has seen an explosion of content on OTT platforms, varying from great to bad to downright ugly. However, in the last few months, a handful of shows have emerged which stand out as examples of masterful storytelling. This includes a young stand-up comic who moved from Bangalore to Mumbai to become an actor (Sumukhi Suresh, creator of Pushpavalli), an engineer from Varanasi who gave up a high-paying job to create fiction (Deepak Mishra, director of Panchayat), an 11-year-old who stood outside the gate of Film and Television Institute of India and dreamt about making movies (Avinash Arun, director of Paatal Lok), and a poet from Lucknow who always wished to recreate his childhood through a film (Pushpendra Nath Mishra, director of Taj Mahal 1989). Their own lives sound like plotlines that could turn into films, and it reflects why they chose to tell the stories they do.


Suresh who joined hands with director Debbie Rao to create a staggeringly funny show about a girl who stalks a man she’s infatuated by, was inspired to write a show where a big girl like her could be the protagonist.“I am a big girl. They usually only fit into the side roles as per regular casting standards, and I wanted to play the lead. So, I wrote Pushpavalli, who was actually a flat character on paper. But Debbie brought life into her. Her madness, her idiosyncrasies, her desperation, have connected with women across the country. She’s not normal or aspirational from any angle, but her insecurities are probably a reflection of how every girl feels when she’s seeking approval,” says Suresh. The show’s director Debbie Rao adds, “Good writing is the foundation of any funny show, but I also rely on keeping a happy vibe on set. Playing games or music or just pranking each other keeps that energy and fun element alive on set and it really translates. In a structured show like The Office (2019, on Hotstar) where every line is set in stone, I give the actors a bonus take! One where they just drop all inhibitions and just perform, and sometimes you get gold.”

The creators of OTT content have embraced it all, from shows that are character driven, to purely plot driven, from those with roots in small town India, to those that mirror plush urban dreams, from edge-of-the seat thrillers to poetic, era-based stories. The lack of big stars and the absence of box-office demands have come as a boon. Like Jamtara on Netflix, where newcomers play young criminals from Jharkhand, who indulge in phishing. The show appealed to a niche only, but the world it created was so authentic that one could smell the blood on screen.

NISHANK VERMA WHO conceptualised the show, says it was the prospect of showing real India that prompted him to tell this story. “That a bunch of teenage, uneducated boys, from a tiny village in Jharkhand are carrying out this seemingly sophisticated scam—a scam that has touched all our lives, was deeply intriguing for me. Cyber-crime laws in our country are absolutely limp, cyber courts don’t function well, no one understands these systems fully because the average age in public offices is older men who are still taking computer classes to understand the basics. Also, Jamtara was gaining international notoriety as the epicentre of cyber-crime in India. Someone had to tell that story,” he says.

It feels like the feature film medium was never enough for these new and well-armed writer-directors who have used OTT platforms to tell their stories. For shows online, the budgets are less, approvals arrive faster, and more creative liberties can be taken than in a film, where the stakes are too high as so much depends on the number of screens you procure. “We don’t have to depend on that Friday or Monday to know if our story has reached the audience. If it’s a good show, it will do well because it’s so accessible,” says Pushpendra Nath Mishra who wrote, directed and edited the wonderful Taj Mahal 1989. This is a charming show set in the ’80s, which reveals love and rebellion. Above all, it’s an ode to life in the ’80s. “I come from Lucknow and I had art and poetry around me ever since I was a kid. For me nostalgia comes from that steel glass in my uncle’s home or the drape of my mother’s sari. I did advertising for 20 years, but when I started to write my own story, it was about the time I grew up, and the pace and magic of that era. A writer is less about the ego and more about the environment, and I poured my childhood and observations into this show,” Mishra says.

For Deepak Kumar Mishra, a graduate of Indian Institute of Technology,and director of Panchayat, the digital boom is part of the changing world vision he always heard of in college. “I was much into theatre during my mechanical engineering days. We were always told to be job creators rather than job seekers and when a bunch of us formed The Viral Fever Media Labs, that was the whole idea behind it. It was to empower content creators like us,” Mishra says. 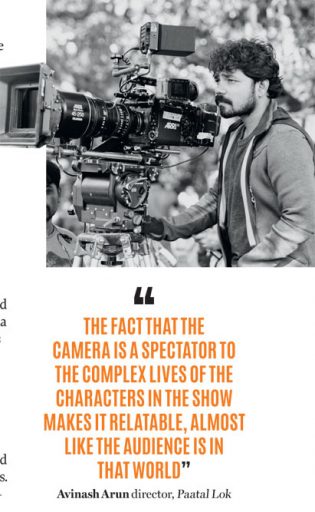 Panchayat which released on April 3rd on Amazon Prime, is celebrated for its simplicity and honest portrayal of village life in India. “The idea behind Panchayat was to show the amalgam of village and city life. When we were doing research, we saw that those who live in villages are no more in awe of the city people. They are equipped with both skill and technology these days and have dreams of their own that don’t include wanting to pursue the city life. We thought it’s probably unique to show a city boy serve as panchayat sachiv (secretary) in a little village, but so many young sachivs working in villages called us after the show and thanked us for representing their journeys,” he adds.

While those like Mishra have kick-started their journeys with OTT content, others like Nupur Asthana who has worked in films for over a decade, have found a new voice with the web shows. Four More Shorts Please is a Mumbai girls’ version of Sex and the City, which has prompted many a heated discussion. It talks about the lives of four privileged women dealing with their own individual crisis.Asthana who directed the cool TV series Hip Hip Hurray (1998-2001) says, “The emotions and internal struggles of women are universal, no matter what cultural context you place them in. We talk about the female orgasm or dealing with misogyny at the workplace in the show, and just because they come from privileged backgrounds doesn’t mean the issues get diluted. In fact, the show has connected the most with women from two and three tier cities because eventually it encourages you to pursue your dreams,” says Asthana. 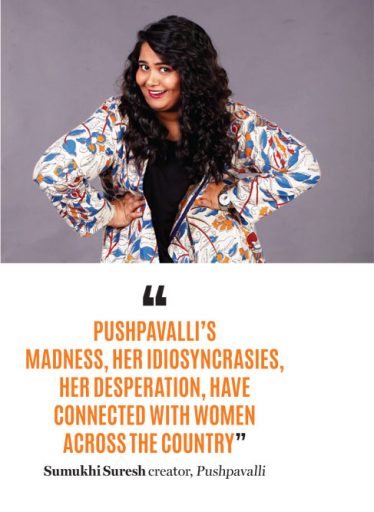 Each of these creators are competing with international shows that exist on similar platforms, but often have sleeker production. If an audience that watches Money Heist, also watches Pataal Lok, which may be smaller in scale, it means the makers are doing something right.

“It’s not as much about the budgets, as how engaging the plot of the show is. Would you want to come back for another episode, and how invested are you in these characters becomes very essential,” says Oni Sen who directed Asur for the video on demand platform Voot. It is a show that delves into the demonic side of human existence. It takes cues from Indian mythology and taps into death, destruction and redemption. “It’s uncomfortable to talk about our darkest desires or the evil within us. Even the most brutal of human beings come with a set of values, and the challenge for me was to get the audience to empathise with that situation. A show like this, purely because it is online, pushes me to go beyond the norm. It’s the coming of age of storytelling in India where we are showing the world what we are capable of,” Sen adds.