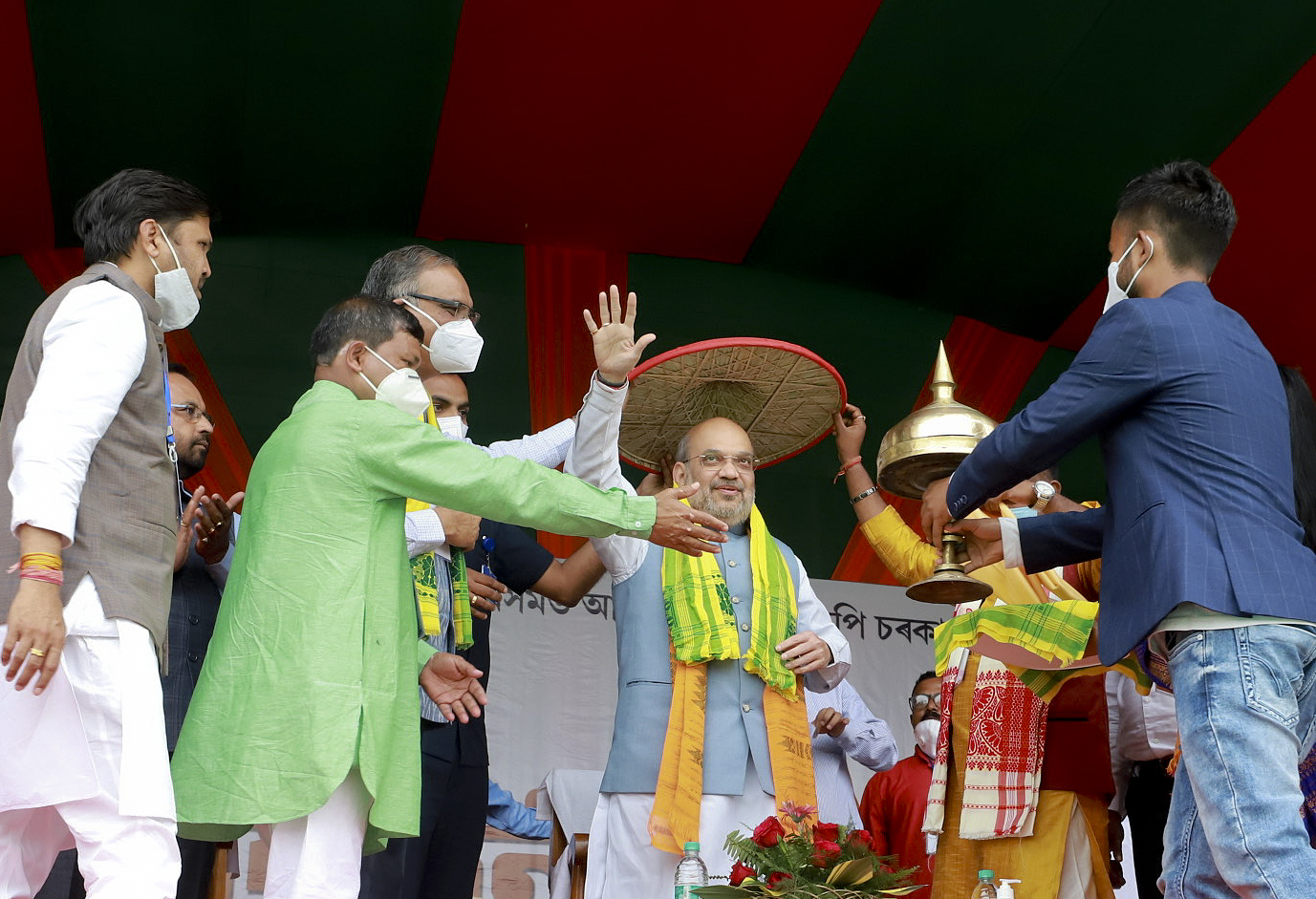 
Even before the celebrations over the 2019 Lok Sabha results were completed, Amit Shah, then BJP president, was already laying out the roadmap for future electoral battles. His next targets were West Bengal and the southern states. It was in line with a plan worked out in detail three years earlier. He had marked out about 120 Lok Sabha seats, held by political rivals in these states, to be the new areas of influence for a party which was dependent on north and west India.

By 2019, Shah had made 84 visits to West Bengal. He left no stone unturned to take on Chief Minister Mamata Banerjee in West Bengal, a state which was the bastion of the Left, BJP’s ideological foe, before her Trinamool Congress (TMC) came to power. It was an ambitious target. Though Banerjee retained the state for a third term, BJP made more than just inroads, increasing its tally to 77-78 seats at the time of going to press, from just three in the 2016 Assembly polls. For BJP, which had roped in several leaders from TMC in the hope of weakening Banerjee, this would be disappointing as it had won 18 seats in the 2019 Lok Sabha elections, which translated into 121 Assembly seats. But the party dubbed as ‘outsider’ by TMC has wrested the opposition space, wiping out the Left and Congress. In the run-up to the 2024 parliamentary elections, BJP is likely to keep a close eye on ‘appeasement politics’, its key plank against Banerjee, on the state government’s performance and strive to put up a Bengali face to take her on.

For BJP, a comfortable victory in Assam, the only one among the five states where it fought for a second term, would signal its consolidation in the Northeast, another region which has been the stronghold of Congress and the Left. A second term for BJP, despite the anti-CAA protests, Congress entering into an alliance with AIUDF and an aggressive campaign by Rahul Gandhi and Priyanka Gandhi, indicates that it has carved out its place in the region. Besides, the win would be seen as endorsement of its policies, including CAA, which grants citizenship to persons belonging to Hindu, Sikh, Christian, Jain, Parsi and Buddhist communities who have migrated to India after facing religious persecution in Bangladesh, Pakistan and Afghanistan, will not affect the state’s demography. The anti-CAA protestors are opposed to giving citizenship to Bangladeshis who entered the state after 1971, irrespective of religion, as agreed in the Assam Accord. BJP had tried to focus on five years of its governance and Axomiya identity, playing down the CAA issue, which had rocked the state, particularly in Upper Assam. BJP has two stalwarts—Chief Minister Sarbananda Sonowal and Deputy Chief Minister Himanta Biswa Sarma. During the pandemic, Sarma, who was also health minister, had devoted himself to giving out data and helping people through social media. It is to be seen what role Sarma, BJP’s chief strategist for the Northeast, will play now.

In Tamil Nadu, the ruling AIADMK was defeated by DMK, but BJP won three of the 20 seats it fought in alliance with AIADMK. Seen as an outsider in a state dominated by Dravidian politics, BJP tried to tap communities which have been politically marginalised. The party made inroads into the Union territory of Puducherry as an ally of the All India NR Congress, although it had won in Lok Sabha here earlier. In Kerala, however, a win eluded the party which had put up its state chief K Surendran in two seats. ‘Metro man’ E Sreedharan, whom the party had roped in, also lost. BJP had won one seat in 2016, when its veteran O Rajagopal fought from Nemom, the first ever electoral victory for the party in the state. This time, former BJP Kerala president, Kummanam Rajasekharan was fighting the seat. The consolation for BJP is that it has come second in some constituencies and marginally increased its vote share from the 10.6 per cent in 2016.