‘Govt to Purchase $800 Million Worth of Kashmiri Apples’

A conversation with Harsh Vardhan Shringla, Indian Ambassador to the US, on the steps towards normalisation of Kashmir and short-term plans to revive its economy 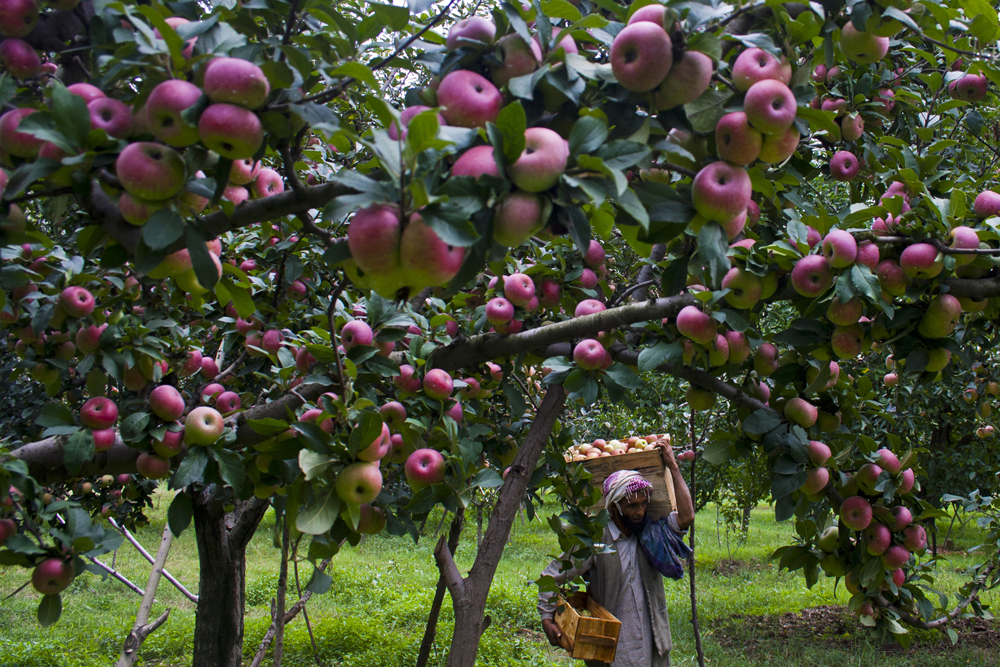 A month after the abrogation of Article 370, what are the facts on the ground in Jammu and Kashmir today? Is it as grave as the western media is making it out to be?

There are too many half-truths and false narratives being circulated, unfortunately. The fact is that the weak economic development and lack of investment and jobs in Kashmir played into the hands of cross-border terrorists from Pakistan for seven decades. Article 370, which was a temporary provision, became a major impediment to growth and governance, led to separatism, and needed to be abrogated.

The truth is that today Jammu and Kashmir is being restored as quickly as possible to normal keeping in view of the ground realities. The precautionary and preventative measures taken are being rapidly dismantled. Today, there is 24/7 supply of water, electricity and sanitation. Cooking gas is being delivered to homes. Schools and government offices are open. Ninety-one per cent of the Valley has been opened to ensure normal traffic. Only 9 per cent of Kashmir Valley’s areas have certain restrictions. Twenty-six thousand landlines have been opened up to remove any communication gaps between people in Kashmir and the rest of India and the world. Cellphones are also operating in a majority of areas in Jammu and Ladakh as well as in some parts of Kashmir Valley. Certain areas have restrictions. Flights are operating normally. Truck and bus services are fully operational. Apples are being transported out. There is no disruption to medical services. In August alone, 700,000 people have visited outpatient department hospitals and 49,000 surgeries have taken place. There is no shortage of medicine and pharmaceuticals. These are facts and some of them are not being reported properly.

Why was it necessary to remove Article 370 in Jammu and Kashmir?

As Indian Prime Minister Narendra Modi has stated, the only things that Article 370 brought to Kashmir were secessionism, terrorism, corruption and nepotism. It was a temporary provision whose removal was long overdue to offer an alternative paradigm of hope and growth to the 70 years of stagnation, strife and terrorism incited in large part by Pakistan. The youth can now look forward to a modern and progressive Jammu and Kashmir.

How did Article 370 hinder Kashmir’s growth and governance?

Article 370 prevented the application of foundational rights guaranteed to all Indian citizens by the Indian Constitution to many Kashmiri citizens. Some of these include the right to employment, right to information, women’s rights to property and education, domestic violence act and women’s rights to political participation. Many affirmative action and social programmes also did not apply to and benefit the traditionally disadvantaged communities. Further, economic development did not reach the grassroots level. Very little of $40 billion allocated to Kashmir over the years reached the people. It led to a lack of opportunity, jobs and a moribund economy that discouraged investments. This then led to a feeling of despondency in the younger generation. This hopelessness was taken advantage of by Pakistan through instigating cross-border terrorism. With the removal of Article 370, there is a unique opportunity today to redress these issues so that the younger generation can look forward to a modern and progressive future in keeping with the social and economic development that has been achieved in the rest of India.

How will this vision of a modern and progressive economy unfold in Kashmir in the near term?

The Indian Government has already put into action some concrete measures to boost economic and commercial activity and small and medium businesses. Fifty thousand vacancies that have remained vacant for a long time will be filled soon. The Government also has serious plans to revive Kashmir’s once-famous tourism, arts and crafts, and horticulture industry through investments, purchase of property and commercial activity. It has announced that $800 million worth of Kashmiri apples will be purchased by National Agricultural Council, improving the lives of 700,000 farmers there. Some of India’s largest conglomerates will also come together in an investment conference to start investing in Kashmir. Prime Minister Modi has laid a vision for Kashmir to become a global tourism hub in the next five years. We will strive hard to make this a reality.