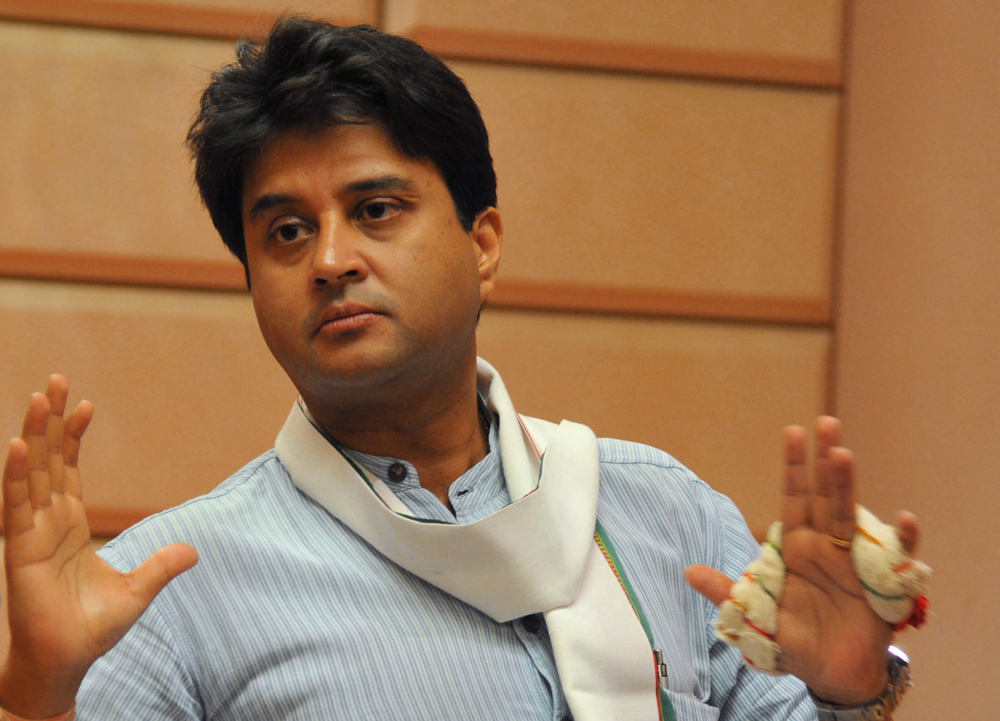 The Sword of Damocles hangs over the Kamal Nath government in Madhya Pradesh with Congress leader Jyotiraditya Scindia walking out of the Congress along with around 20 MLAs, amid moves to join BJP.

Scindia, who chose the 75th birth anniversary of his late father and senior Congress leader Madhavrao Scindia to resign from the party after 18 years, shot off his resignation letter to party president Sonia Gandhi. “I am tendering my resignation from the primary membership of the Indian National Congress and as you well know, this is a path that has been drawing itself out over the last year,” he said in the letter.

The letter, in which he said he looked forward to a “fresh start”, followed a meeting with Prime Minister Narendra Modi on Monday evening and with home minister Amit Shah on Tuesday morning, amidst Holi celebrations. For those in the Congress who have known him closely, the move does not come as a surprise. While his decision was primarily based on political equations in his home turf of Madhya Pradesh, where he was increasingly feeling sidelined by veterans Kamal Nath and Digvijaya Singh, the last straw was apparently when the Congress leadership dilly-dallied on giving him a Rajya Sabha seat. Congress leaders, however, claim that Scindia was being given a Rajya Sabha seat.

According to a source, Scindia waited for five months to get an appointment with Rahul Gandhi. This kind of approach of the party’s central leadership emboldens the Madhya Pradesh leadership, the source said. Signs of Scindia’s disillusionment with the party had started surfacing around six months ago when he backed the Modi government’s decision to abrogate Article 370 in Jammu and Kashmir, the decision to join BJP was taken in the last few days, the source said. The move is also seen as an outcome of the unease between the old guards and young Turks, who were Rahul Gandhi loyalists, in the party. With Rahul Gandhi refusing to continue as party president, the young leaders were left rudderless, not knowing whom to turn to with their woes.

“While my aim and purpose remain the same as it has always been from the very beginning, to serve the people of my state and country, I believe I am unable to do this anymore within this party,” Scindia said in his letter.

Another young leader in the party admitted that Scindia’s exit was a big jolt for the Congress. While Congress leaders in Madhya Pradesh and at the Centre tried to salvage the situation, the writing is on the wall for the Kamal Nath government. The Nath government, which has a wafer thin majority with 119 MLAs— 114 Congress, four BSP and one SP— in an effective strength of 228 (because of deaths of two members) in the state assembly, will be reduced to a minority. The BJP with its 109 MLAs, will manage to form government in a house reduced to a strength of around 210.

For Scindia, BJP is not unfamiliar terrain. Most of the Scindia’s family is already in BJP. His paternal grandmother Vijayaraje Scindia, who had started her political career with Congress in 1967, had joined the Bharatiya Jana Sangh. His aunts Vasundhara Raje and Yashodhara Raje are with BJP.