Open-Plan Offices: The Future is Closed

A radical rehaul of the workplace is imminent 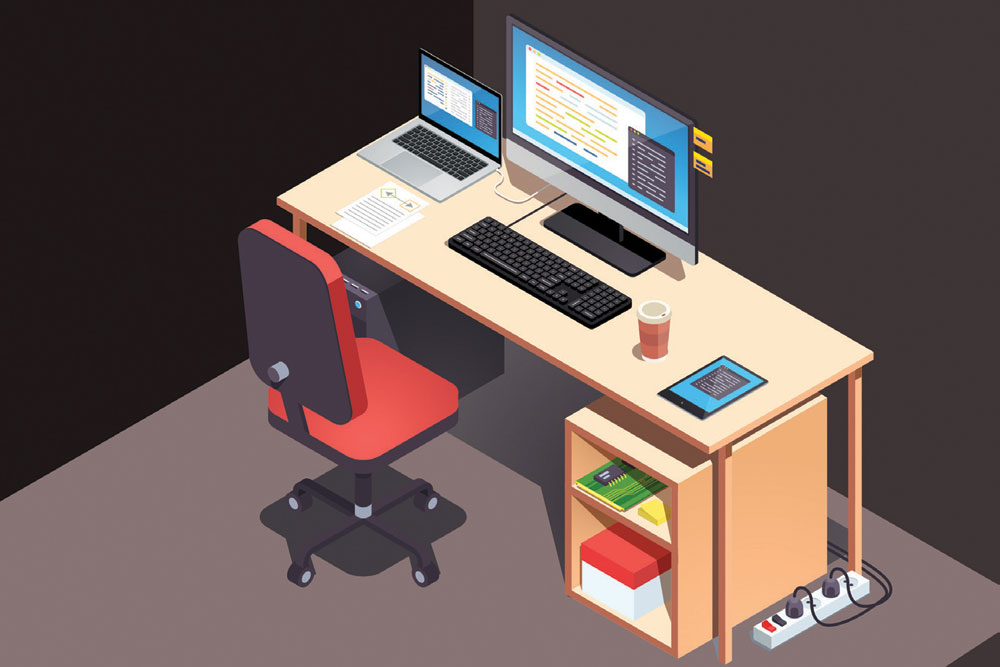 
NOT MANY WILL mourn the end of the open-plan office if it is to be one of the casualties of coronavirus. The enforced conviviality, the overheard conversations, the constant intrusions, the never-ending scrutiny. If social distancing is to be a way of life, then it seems the six feet distance between work desks will become the norm. As will, possibly, clear plastic screens to guard against unwanted airborne germs and staggered elevator rides to prevent overcrowding.

Seen as a great way of democratising work and demolishing hierarchies, the open-plan office did not always pan out the way architects and interior designers had intended. London-based behavioural scientist Pragya Agarwal who has just authored a book, Sway: Unravelling Unconscious Bias, agrees, adding, “There was a big push towards open plan offices in the UK over the last years to break the corporate hierarchy. I saw a lot of problems with how they didn’t create an inclusive culture. They do not suit everyone, depending on neurodiverse needs. Also, there is research to show that they do not work as well for women as they feel even more policed in such environments.”

And the supposed push to creativity and collaboration doesn’t always happen. The open-plan workplace, she says, is not always conducive to efficiency or to mental health. The constant noise can be distracting, the absence of smaller spaces to escape colleagues and get psychological and physical privacy is a problem, as is the feeling of constant surveillance, she adds.

The idea behind open-plan offices was noble, to foster an inclusive work culture that acknowledges and accepts differences. It also saves up to 20 per cent on construction. But, as clinical psychologist Dr Sonali Gupta says, they’ve been receiving negative reviews because a lot of people feel they come in the way of efficiency and productivity. In current times, they are also perceived as unsafe. “People would not be comfortable sharing equipment. The basic need for safety will be threatened and these spaces may provoke further anxiety,” adds the author of a new book, Anxiety: Overcome It and Live without Fear.

Studies prove her point. According to research from Queensland University of Technology, dating back to 2009, in 90 per cent of cases, the outcome of working in an open-plan office was seen as negative, with open-plan offices causing high levels of stress, conflict, high blood pressure, and a high staff turnover. Yes, it showed, going to work could actually make you sick, especially in occupations where a high degree of creative thinking was required.

Rajesh Ramakrishnan, MD of Perfetti Van Melle, India, has run a mixed use office which is cheery, informal and yet respectful of privacy, as befitting a multinational candy maker. “Going forward, we have to find ways of optimising the space to maintain certain levels of social distancing. The orientation of seats also needs to be thought through. We need to look at work from home as part of the routine.” Their priorities? Safety of employees and then efficiency.

With even organisations such as Tata Consultancy Services looking at making 75 per cent of its staff work from home by 2025 (in a process called 25/25), the entire work culture will have to be reinvented. In many ways, whether it was the corner office culture or the open-plan office, the design was usually created by and intended to benefit a male-dominated workplace. But with work from home becoming more acceptable (so much so that it now has its own acronym), employers are realising the costs they save in real estate rentals, utilities and IT infrastructure.

After all, if you can Zoom through a workday, why commute and come face to face with your boss and colleagues every day? Also, who can undervalue the advantage of working in yoga pants?

There is little doubt that workplaces will never quite be the same again, whether it is the way they are sanitised or whether it is the way meetings are held. There will be twin impulses competing with each other. There will be a rise in the gig economy and self-starting businesses, caused by enhanced job losses. There will also be greater insecurity on the part of the employees who still have full-time jobs. They will want to work longer hours and have greater interaction with bosses. How the workplace balances these needs will decide how offices of the future will look and feel.