The Sparkle Is Forever

The Kohinoor is not the largest diamond in the world. It’s even supposed to be unlucky for its owners. Yet, for Indians, it’s the only gem on earth that matters. 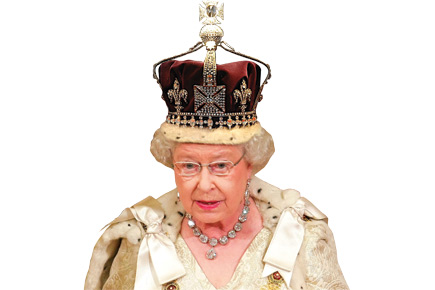 The Kohinoor is not the largest diamond in the world. It’s also supposed to be unlucky for its owners. Yet, for Indians, it’s the only gem on earth that matters.


“When I saw it in a glass case in the Tower of London, I wanted to smash the case and bring it home to India with me,” Tusshar Gandhi, Mahatma Gandhi’s grandson, says. Thankfully, he didn’t attempt it, both because it was ill planned—master robberies are planned much in advance and celebrated break-ins rarely involve much breaking—and, of course, the Mahatma’s grandson caught trying to steal the Kohinoor would have sparked off a diplomatic row.

Tusshar Gandhi’s sentiments, though, do signify something. Even though India hasn’t had the Kohinoor for 160 years now, even though the diamond is now almost half its original size (the British monarchy had it cut), even though half the world has laid claim to it too, it remains India’s favourite non-resident.

India is negotiating the return of five sculptures in the British Museum, five astronomical tools from Egypt, a Thirthankar sculpture from Washington, a sculpture of Natraj, and one of the deity Varah from Switzerland. But the Kohinoor has never really been formally discussed, apart from a couple of discussions in the Rajya Sabha last decade by journalist MP Kuldip Nayyar. And that is tragic. Even on Facebook, the new dipstick for causes, it doesn’t seem to be jarring too many nerves—though there are two forums demanding its return (one wants it returned to Punjab), they have fewer members than the ‘Save Maggi’ caucus.

Why is the ‘Mountain of Light’ so important? It might not be the biggest diamond in the world—the British Raj thought nothing of executing one of history’s most astonishingly wasteful carve-ups, downsizing the stone from about 180 odd carats to 109 for the Royal Crown—but it’s a diamond that has more history than any other.

The Kohinoor has held dynasties in its sparkling thrall for more than 800 years. This piece of hard carbon has seen bloody accession battles, dozens of coups, and has left hundreds of royals accursed. But there’s a reason the topic of the Kohinoor isn’t even broached—its ownership has always been mired in controversy. The Government of India did ask for the restoration of the diamond to India in 1947, but domestic squabbles followed, as the state of Orissa claimed that it belonged to Lord Jagannath (willed so by its last owner Maharaja Ranjit Singh of Punjab); Punjab, of course, insisted that it be restored to Punjab. Seeing the Kohinoor atop Queen Elizabeth II’s head in a crown provoked another Indian request in 1953. The actual can of worms, though, opened in 1976, when Zulfikar Ali Bhutto, then prime minister of Pakistan, asked for it to be returned to Islamabad, in a letter to the British PM. The British PM refused, but assured Bhutto that the diamond would not be handed over to another country. The British stance was that the diamond was a gift to the Crown from the Maharaja of Punjab and not a spoil of war (even though the Kohinoor was mentioned as part of the Treaty of Lahore).

Not to be outdone, India too made a formal claim… shortly after Iran threw its hat into the ring of Kohinoor claimants. Even though India’s claim was the most valid, since it was in India that it was mined, it was renounced by Nehru himself: “Diamonds are for emperors and India does not need emperors.”

The confusion over its ownership, though, was best summed up in a letter that Sir Olaf Caroe, a British administrator, wrote to the Times of London. He said that the Kohinoor had been in Mughal possession in Delhi for 213 years, in Afghan possession for 66 years, and in British possession for 127 years (at that time). He added that even though the diamond was in Lahore at the time of its British acquisition, there indeed did exist previous claimants.

According to Tusshar Gandhi, Partition is reason enough for Pakistan’s claim to be invalidated. “The Kohinoor belonged to the Sikh rulers, and at the time of Partition, Sikhs moved to India… so how does Pakistan’s claim even stand?” he asks.

Yet, India’s claim to the diamond is not rock solid. The only way to prove that the diamond was not gifted by the Maharaja of Punjab is the Treaty of Lahore. If India cites the treaty, it would in a way be validating the Pakistani claim. Result: the Kohinoor remains firmly ensconced in the purple-blue crown first made for Queen Victoria, alongside other diamonds.

Just as well, say some. The diamond, after all, is blamed for the downfall of many a king and dynasty. The story of its ownership is one of misfortune. The 186 carat stone was found in the Golconda mines and was owned by Kakatiya kings, until Ghiasuddin Tughlaq plundered it in the early 14th century. The carbon curse struck soon again, with the Mughal Dynasty’s founder Babur’s 1526 defeat of Ibrahim Lodi and acquisition of the stone.

Four years later, Babur’s son Humayun lay dying. When asked to give up his most prized possession—the Kohinoor—for his son’s well being, Babur is said to have prayed that his own life be taken instead of his son’s. The wish, says legend, was granted.

Humayun inherited both the throne of Delhi as well as the curse. Nine-and-a-half years after coming to power in Delhi, he was defeated by Sher Shah Suri. His return to the throne, after the latter’s death in a cannon accident, lasted only six months, before he too tumbled off the steps of Sher Mandal in Delhi’s Old Fort and died. Humayun was so attached to the diamond, it’s said, that when he fled Afghanistan he even deserted his son Akbar, but hung on to the diamond.

Before Humayun’s death though, the diamond and the curse had been passed on to the Shah of Persia, during his exile. But the Shah, despite being told the diamond was ‘worth all the universe’s expenditure for two-and-a-half days’ was not very impressed with the idea, and gave it away to the Shah of Ahmednagar. But it’s here that the diamond, generally deemed unparalleled in size and beauty, disappears from historical accounts—until the plunder of Delhi by the Afghan invader Nadir Shah in 1739.

In the interim, it was thought to be in Mughal possession, but Akbar is said never to have kept it with himself. It was his grandson Shah Jahan who had the misfortune of taking it out of the treasury. The curse struck again. Shah Jahan was imprisoned by his son Aurangzeb, and died in confinement. Aurangzeb, who usurped the legitimate heir Dara Shikoh’s throne, was an embattled ruler, and his reign was followed by four weak kings, each dying an unnatural death. Bahadur Shah I’s accession was preceded by a power struggle and the death of two brothers. He himself died while making alterations to the Shalimar Gardens. The Mughal Dynasty could never recover.

The Kohinoor got its name from Nadir Shah, who exclaimed “Kohinoor”, when he saw the gem and carted it off to Persia. As for this owner, he was murdered in his sleep, and was succeeded by a series of weak rulers—his direct successor Adil Shah was blinded by his brother, who in turn was hunted down by his own troops. The diamond passed on to Ahmed Shah Abdali, marking the downfall of yet another dynasty. The diamond landed back in India once the deposed Afghan rulers sought refuge with Maharaja Ranjit Singh of Punjab. It was the same pattern: Ranjit Singh was followed by three weak kings, and the diamond passed into British hands. The sun had begun to set on the Empire. There was another, manually chiselled, ‘light’ around.