The Gift of Dionysus

The story of Champagne is rife with irony, accidentally produced by the winegrowers of north-east France who did all they could to kill the sparkle 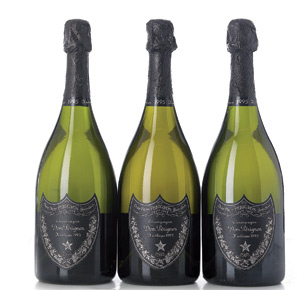 The story of Champagne is rife with irony, accidentally produced by the winegrowers of north-east France who did all they could to kill the sparkle

On a June evening 31 years ago, as we rioted through the streets, frenziedly waving our national flag at crowded balconies, an image was shimmering in our minds. The image of Kapil Dev spraying a foamy liquid from a balcony far away; the balcony of Lord’s cricket stadium, England. For most Indians, that was the moment we made our first appointment with Champagne, the most famous, the most expensive, and the most coveted sparkling wine in the world.

When it began, Champagne was dry, still wine. Named after a region in north-east France, it lacked glitz and lustre—for it didn’t have those beaded bubbles that wink on the brim of a glass. It had nothing in it that could suggest a stellar future; and worse, there was a wealthy cousin in its neighbourhood— the Burgundy wine.

The wine growers of Champagne did everything they could to wean ardent fans off Burgundy. But they couldn’t. For many years, they wondered what went wrong with their wine even after doing things by the book. They pressed the grapes, extracted the juice, threw in yeasts, and fermented their wine after the Burgundy fashion; and when the bubbling stopped, they moved the finished wine into bottles and put them in cellars to age. Barrels were even sent across the ocean as a market was steadily developing in England.

The drama began only when people thought, many months later, of collecting the matured wine.

In the cellars, bottles flew in every direction as the wine aged, smashing themselves against walls, on the floor, or if given a chance, on humans eager to fetch them from the cellar. Eyes were gouged by shards of glass. Faces were scarred. Dozens of people were injured every season. It was absolute mayhem; people had to wear iron helmets to reclaim what remained. Sometimes 90 per cent of the bottles were lost—but the winemakers nonetheless groaned at what remained, seeing millions of hideous bubbles spoiling the visual appeal of the wine.

The character of wine is planted firmly on its terroir—the soil, climate, sun, slope of the land, even the grape breeds of a particular region. Even an individual row of grape vines in a vineyard can be said to have its own terroir. And in Champagne, the chalky soil, the slope of the land, the grapes and the amount of sun are all perfect for the ideal brew. Soon, the area’s winemakers took note of the one ingredient that could be affecting their wine—the climate of Champagne.

To make sure, the winemakers thought backward through the process of their winemaking. They found that the beginning of winter—which happens early in Champagne—timed perfectly with the last of the bubbling in their wine. No more bubbles, no more fermentation—that is what they thought as they transferred the drink from barrels to bottles, sealing them with wooden plugs before stashing them away in cellars to mature. But they were wrong. >

What they didn’t know was the fact that yeast doesn’t work in all weathers. Come winter, the bubbling stops as the yeast slips to a dormant state; and it was in such slumber that the half-fermented wine, thought to be finished, was transferred from barrels to bottles. As the warm season returned, the yeast cells stirred back to jittery wakefulness, and with fresh hunger attacked the residual sugar in the wine. Fermentation—and bubbling— started once again, this time, alas, in the cramped space inside a bottle, away from the monitoring eyes of winemakers. Pressure built up with all that carbon dioxide—the by-product when yeast sups on sugar—making time bombs out of every bottle.

In 1668, Don Pierre Perignon, a Benedictine monk, took charge as cellar master of the Abbey of Hautvillers. His qualification: the monk could identify the vineyard where the grapes had ripened by tasting the wine. His assignment: kill the sparkle in the bottle and get back the old non-bubbly still wine of Champagne.

To the monk, winemaking was a second religion. He began his assiduous work of perfecting Champagne by first inventing the gentler wine-press as he thought that a machine should only cajole the juice out by pressing the grapes as tenderly as possible. Any greater pressure and the dark tannin from grapes would leech into the white juice, spoiling the wine. He had already taken the press right to the vineyard to catch the grapes young and fresh.

After perfecting the ingredients that went into Champagne, he braced himself for the real face-off. Dom now wanted to know how the English were dealing with the barrels of Champagne sent to them. How did they fare with the bubbles? Did English eyes also get gouged across the ocean?

Indeed, the English too were hit and wounded by exploding bottles in their cellars. But a few bruises didn’t bother them; their love for sparkling wine had now become so deep that they invented stronger bottles and corks to withstand the pressure.

Don Perignon took a leaf out of the English book, deciding to work with the bubbles rather than against them. Stronger bottles and corks were imported from England. With the zeal of a fresh convert, he added more yeast to the half-fermented wine before bottling. With a childish delight he worked up more fizz, sparkle and fireworks in his new wine. “Come quickly, I am drinking the stars!” he reportedly cried out after tasting the sparkling wine.

When Dom Perignon threw yeast into the wine and bottled it, a new problem arose—dead yeast cells, called ‘lees’, began to float inside the bottle at the end of fermentation. Lees in Champagne not only created a haze but it also gave headaches to those who drank it. The makers found it extremely difficult to strain the deposits out without letting the fizz escape the bottle. What to do?

With her husband’s death, Nicole Barbe Clicquot had a lot of Champagne to experiment with. She ordered her men to tip the bottles slowly until they were upside down. The lees that gravitated down to the neck gushed out the moment the cork was clicked open. As soon as the deposits poured away, the bottle was immediately topped up and re-corked. The procedure was named ‘riddling’.

Had it not been for the devotion and passion of the Benedictine monk Dom Perignon and widow Clicquot, that particular still wine from Champagne would not have evolved into the timeless drink that set the standard of elite consumption in the following centuries. The sparkling wine caught on like wild fire in royal circles, being so close to Paris. No coronation or royal banquets were complete without it. No ships were launched without a bottle of Champagne smashed on its bow.

Sparkling wine is now produced in many parts of the world, but the Comité Interprofessionnel du Vin de Champagne (CIVC) stipulates that for a wine to be called Champagne, it must be made of three grape varieties— Pinot noir, Pinot Meunier, and Chardonnay. The fruits must also come from predetermined areas in Marne, Aisne and Aube.

About 90 per cent of Champagne made today is non-vintage, but every Champagne house rolls out a top end model (called Prestige Cuvee) to show off their best. Moët & Chandon’s Dom Pérignon—a tribute to the monk who tasted stars in his wine—and Louis Roederer’s Cristal are the most famous Prestige Cuvees in the world. Be warned; these great models from the world of Champagne are guaranteed to singe your wallet.

Champagne can either be bone dry or sweet. Check the label: if it is Extra Brut, you have got a dry sugarless variety. The English love it Brut, while the Russians love it sweet. Demi- sec and Dous are sweeter versions of Champagne. And they come in bottles of all sizes, even though the standard 750 ml and the magnum 1.5 litres are the ones you meet more often on the road. For supreme taste and fizz, Champagne has to be kept at 7-8° Celsius. Experts advise you not to keep bottles in the fridge for more than two hours before use, since even the tiny tremors from the motor in a refrigerator can upset the delicate formation inside a bottle. An extra large ice bucket is perhaps the best compromise.

Now watch the bubbles; how big are they? The smaller the bubble, the greater the champagne is. Tiny bubbles that stream upward continuously in the glass are a feature of top end wines. If there are ‘toad eyes’ (large bubbles) in the glass instead, take it in one gulp and forget it.

Still, for the true epicure, like whisky which is nipped as tenderly as you smell a rose, you can also enjoy a glass of Champagne petal by petal of its rich terroir, with your eyes, nose and palate. Only if you’re keen on subtlety. And the stars.

(The writer is an associate professor of English who runs the website, rumroadravings.com)