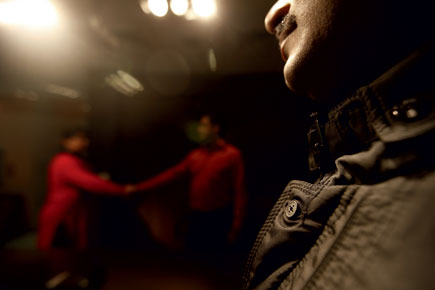 
You are being watched. What you consider private moments may be anything but. Whether it’s a family fight, tiff with your spouse, plan for a new business, pile of cash swiped behind your business partner’s back, or a kickback you have asked of a supplier, you are being watched by Peeping Toms. For the corrupt, this is scary. Shady dealings these days are likely to leave an electronic record taken without your slightest suspicion. For the secretive, this is cautionary. Ever economic policymaking in North Block is no longer thought to be beyond the reach of corporate espionage. Such are the times we live in.

Spyware is everywhere. Ask the experts. Almost every space can be bugged, and sting operations are easier than ever to carry out. Thanks to the Chinese genius for making vast volumes of low-cost gadgetry, spyware has become cheap, convenient and mean. It’s a great leveller of sorts: everyone can snoop on everyone else.

To appreciate the shift in scenario, spare a moment to look back. Once upon a time—and we mean just a decade ago—surveillance as commonly understood was the preserve of State-run intelligence agencies. To some opposition politicians, being on the Intelligence Bureau’s watch list was a status symbol, a sign of being threat enough to those in power.

But gadgetry took that monopoly apart, and eager media snoops started wiring themselves up with spycams to expose corruption through the fine device of the ‘sting operation’. A media exposé of kickbacks in defence deals set these sneaky gizmos loose, and then there was nail after nail in the coffin of privacy taken for granted by public officials steeped in pelf.

The broadcast media took to offering viewers visual validation of all the sleaze they wanted to know about but could not see: the casting couch, for example, and cricketers bowling no-balls on demand. If the media could get clips of an octogenarian politician making out with three women at the same time, nothing like it. If it could force a political crisis, or at least a high-profile resignation, all the better.

Everyone agreed that spycams were at the crux of an RPA: revolution in political affairs. Filled with revolutionary fervour and desperate for TRPs, some news channels turned sting operations into a weekly news item. If this meant a beat constable getting a pay-off from a streetside hawker would be ‘breaking news’, it also meant that many more cameras crawling the country on the lookout for national news to break and outcries to rouse.

It was all in the public interest, of course, until spycam users discovered both the broadcast media’s hunger for suitably scurrilous video clips and the private uses of the sting operation. So, spycams became a tool of blackmail and manipulation, those two staples of petty politics, with the threat potency of a selective leak understood by everyone except the village idiot. Some politicians got stung; others did not. Some clips aired on TV; others did not. A market for sting stories arose quickly. Some spycam grabs fetched more money than others, whether or not they were for public airing, and so demand for them drew their own supply.

While Indian journalism has been transformed, even more dramatic is how spyware has evolved. Today’s sting devices are tinier and cheaper than anyone could’ve pictured when Tehelka.com carried out Operation Westend, for which it used a bulky handycam with a tangle of wires. Back then, the sting journalist needed to carry a big bag along, and had to worry about camera angles and the like to capture the target well within the frame.

Today, “anything and everything is possible”, says Manav Bhalla, echoing the adline of a sneakers brand. “Surveillance solutions are tailor-made,” says this owner of Sai Vision Securities, which sells a wide range of Big Brotherish contraptions, “You can have microcameras affixed on watches, wall clocks, paintings—Mona Lisa’s sedate eyes can actually be hiding a microcamera with a pinhole-sized lens, panning wide angle, recording and transmitting everything happening in the room. Or the spycam can be hidden in your cap, glasses, earrings, ring, necklace or lingerie, even wrapped into a bandage anywhere on the body… or wherever you can imagine.”

The slickest of these spycams are no larger than the nut of a matchstick-sized bolt. Cheaper ones are matchbox sized. Equipped with SIM cards, they can all transmit live images with the help of the internet, other telecom-enabled networks, or a mix of the two. They have battery backup and get activated the moment someone enters the room. Bug-busting technology can detect and/or block their transmission signals, but they can still record the goings-on of a supposedly private space. Recording bugs cannot be intercepted. If they get tugged out, it’s only because they’re spotted by coincidence.

Since they can be installed so neatly, they are almost impossible to spot. According to a surveillance consultant, a suspicious husband once had a spycam fixed on his bedside photo frame. He did this to see whether his wife gives his picture the same peck when he’s not there that she does when he’s around, before she goes to bed.

And thanks to the Chinese, these bugs are dirt cheap.

You get a pen-camera for Rs 1,200, a 2GB mini-drive attached to a spycam that delivers video footage of three hours at a go. Such pens are now available in stationery shops and are openly advertised in newspapers. Delhi alone is estimated to buy an average of 50,000 such pens every month. That’s quite a large number of people looking to sting someone.

Bhalla says there is big money in this business. Those who need spycams, after all, need them desperately. So, unscrupulous sellers sell spycams worth Rs 5,000 for as much as Rs 80,000. His own business, however, has a code of ethics. “We are careful in selling these cameras,” he says, “We look at the age/profile of the customer, and try to assess his need. We try our best that the product is not misused.”

The good news is that the use of camera traps to catch corrupt public officials is being encouraged. It was an idea adopted vigorously by Dr N Dilip Kumar, an 1987 batch IPS officer, back in 2007, when he was chief of the Delhi government’s Anti Corruption Bureau (ACB). The city administration, he recalls, was “a cesspool of corruption”, and one of the most effective things he did was ask aggrieved parties to capture evidence of corruption with mobile phone cameras.

To have the judiciary treat such evidence as valid, Kumar cited the apex court’s 1975 judgment in the case of Ziyauddin Burhanuudin Bukhari Vs Brijmohan Ramdas Mehta (SC 1788), in which recorded voices were treated as ‘documents as defined by Section 3 of the Evidence Act’ (since tape recorded conversations amounted to information stored on a magnetic medium).

In Kumar’s two years as Delhi’s ACB chief, he used such stings to crack about a hundred cases. He targeted government departments notorious for harassing people, such as the municipal bodies, Delhi Police, transport department (which issues drivers’ licences) and social welfare department (elements of which had no qualms stealing funds intended for the poorest of the poor).

Kumar’s campaign sent shivers down the spines of the corrupt. It is also why bribe givers have started keeping spycam records of their acts of bribery—just in case their ‘speed money’ does not deliver the desired speed and they need to push bribed officials.

The bad news is that the corporate sector is the most eager user of spyware. It also has the money to use the most sophisticated devices available. The IB has reported many instances of unauthorised airwave-tapping devices mounted on vehicles roaming the streets of Delhi that can catch mobile phone conversations (GSM, though, since CDMA breaks its voice signals into little bits and rejoins them at the other end, thus thwarting mid-air interception). These voice interceptors cost anything between Rs 2 crore and Rs 10 crore, and IB sources estimate that about 250 such machines—brought in from Israel and China—are on the prowl in the country, though their official use is permitted only to the National Technical Research Organisation (NTRO), India’s intelligence agency that conducts electronic surveillance.

Apart from those, there are 1,200 known ordinary telephone surveillance devices imported over the last couple of years by individuals, companies, private detective agencies and some State-owned firms. Even these are giving the Directorate of Revenue Intelligence (DRI) sleepless nights. The Government these days is said to be particularly worried about leaked phone recordings, privacy being a common right of citizenship that the apex court has been petitioned to uphold.

The big ‘leak’ that made the country sit up and listen was that of the Radia Tapes—which, once ascertained as being legally in the public domain, Open was the first to publish. The Income Tax Department may have done the original phone tapping, but the Government acknowledges that the tapes were leaked by a private party, and selectively at that. How they reached that party’s hands, however, it does not explain.

What is clear is this: spyware spares none. In June last year, Finance Minister Pranab Mukherjee complained to Prime Minister Manmohan Singh about blobs of an odd adhesive-like substance recovered from his office that might have been used as bug holders. Eyebrows were raised over the Finance Ministry’s choice of the Central Bureau of Direct Taxes (an organisation that operates under it), and then the employment of a private agency (which had the skills needed), to conduct a complete bug-sweep of the office.

What about the Ministry of Home Affairs’ detectives? If the case of a director-level officer in that ministry who was held for snooping and leaking official communiqué (to benefit BlackBerry-maker Research in Motion) is anything to go by, trust deficiencies are no surprise. Nobody can be sure of who’s spying on whom anymore.

The rapid evolution of technology has meant that anyone can conduct a sting, turn the content public (say, on the internet), and retain anonymity. This enables mischief. In the case of the fake audio tapes put out by Amar Singh with a purported conversation between anti-corruption campaigner Shanti Bhushan and Samajwadi Party Chief Mulayam Singh Yadav (intended to discredit both), a local court pulled up the Delhi Police for failing to find out who was behind the conspiracy. But in the case of the murdered nurse Bhanwari Devi, whose illicit relationship with former Rajasthan minister Mahipal Maderna was exposed by an anonymous sting operation, there is no lead available to the source of the information.

Meanwhile, with stings being conducted in every nook and cranny, a problem of data overload has arisen. With millions of hours of intelligence data available, just decoding small patches of it for meaningful use is a big challenge. And then there are distortions. As anyone in a hall of funny mirrors can tell you, once everyone starts watching everyone else watch everyone else, retaining one’s sanity could become the biggest challenge yet.