Don’t Swill, Just Taste The story of how the drink survived the fury of the seas and the cruelty of men 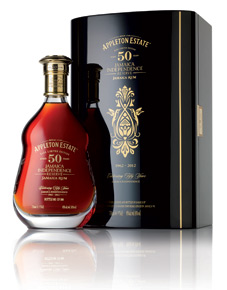 Don’t Swill, Just Taste The story of how the drink survived the fury of the seas and the cruelty of men

Who said that rum, born in the Caribbean, reared over the waves and brewed in England, had sunk to the murky bottoms of the deep along with privateers, buccaneers, slaves and those brave British naval officers, forever?

We listened to ditties of slavery and rum, as we listened to bloodcurdling tales of Dracula—with trepidation, but with the glimmering hope that these were mostly figments of imagination, fantasies of excited writers, remotely rooted in history. We felt doubly secure as a revival of the dark potion meant opening the vault inside the story as well as the vault of the fictional framework.

Well, the vaults are empty. Rum, the undead, has returned. In myriad forms. Rum is once again in fashion.

Today, you hop through the pearly islands of Central America— Jamaica, Barbados, Costa Rica, Cuba or Martinique—and pick one of those ruddy evenings to relax on a beach, listening to groovy reggae or hiphop. The drink that floats to your hands might hardly resemble the one that emerged from the deep, dark and sinister sugarcane plantations some three-and-a-half centuries ago.

The first step to make rum back in the seventeenth and eighteenth centuries was easy. Pay African kings with gallons of rum and purchase their Black subjects, throw them into crude ships limbs tied, ride the slime, sweat and groans tightly packed in the basement over pitching waves for months, slip those who’re still alive onto those fiery islands lined up in the Caribbean Sea—the same ones where we would be relaxing three centuries later with a drink in hand, cool zephyrs on our napes, bikini-clad girls in our eyes, reggae in our ears, and curls of smoke from jerk chicken in our nostrils. Then, strip the subjects naked, beat them hard and mercilessly until they shed all human instinct along with broad welts of their swarthy skin, and shove them further inland to the plantations where they would toil from sunrise to sunset for the rest of their lives, harvesting sugarcane.

The second step required patience and skill. With ripe shoots of sugarcane harvested and stacked in the godown, the planters now had two options before them (even though all roads eventually led to rum under a harsh Caribbean sun).

One: make rum as a byproduct. Due to the huge demand for sweetness in the continent, a majority of planters distilled sugar from cane juice. The residue they got—molasses—was treated with yeast cells, distilled, and converted into a fiery drink of rum.

Two: make rum directly from sugarcane juice. In islands like the French Martineque, where they could afford luxury, they made rum straight from cane juice and designated it rhum agricole (as opposed to the common rum industriele which forms almost 99 per cent of the rum in the world), claiming that it is the purest expression of rum possible.

And what did planters do with all the rum they made?

After satiating Europe, the planters sold the rest of the dark potion to purchase more slaves from African kings. Thus did they complete an evil circle. Yet, in spite of extracting labour free of cost, European planters were not a happy lot in the seventeenth century.

How could they do business on a sea infested with pirates? The planters who were minting a lot of money on those islands began to invite unwanted attention. Ships were attacked mid- sea. A few were sunk, the ones that managed to survive were looted; what a tremendous racket there was over the meniscus!

The planters knew there was only one way to check the pirate menace: entice the British Royal Navy’s fleet to the Caribbean Sea.

But how could you enlist their services? How do you make the Royal Navy fleet frequent your ports and guard your ships so that pirates steer clear of your merchandise?

The planters had one juicy carrot with them—rum—and they decided to dangle it high to attract the Royal Navy. They were not very wrong in their calculations. Eventually, the British Royal Navy turned their prows towards the minuscule islands of Central America that held all the excitement of the times. And thus began the long affair of the British Royal Navy with the dark poison.

There exists a brand called Pusser’s Rum today; you could consider it the sailor’s tribute to the grog that served the Royal Navy for so many centuries. It was once their life, bread and blood.

The name ‘kill-devil’, by which rum was once known, tells you much about its taste in old times. Shunned by plantation owners as ‘hot, hellish and terrible liquor’ that was fit only for beasts, the drink was originally lapped up by the ebony men who slaved on the plantations till sundown.

It was their bread. It was their solace. It was their nepenthe, which helped them forget the faded pictures of their villages and homes far far away—in lands as far as previous lives or dreams or fairy tales—with their edges curled, browned or smudged with the passage of time. Homes that were once of wives and children, of sunny peals of laughter, of tiffs and sobs, from where they were rounded up one night and hurled into dark cellars pitching over violent waters, cellars reeking with human sweat and excrement. Would such men mind the taste?

Now when you relax in a hammock on a beach under the shade of a coconut tree, meditating with the turquoise water ahead, you would probably never spot the bitterness of one ingredient in that cocktail in your hand or guess the journey it has made.

Rum has undergone a sea change in its second coming.

Unlike those dark times when the drink was considered fit for only beasts and slaves, we now have different expressions of rum for the suave and the chic. While white rums are designed for feminine appeal and cocktails, the sombre shades that suggest long affairs of the liquid with oak barrels are programmed for cooking. These are delicious rums, spiced with rosemary, pepper or cinnamon, or flavoured with lime or mango.

And if you still hold that pirate in your heart, sip one of those over-proof rums from the Caribbean.

Tell me, how many of you know that rum is a blend, just like Scotch? Experts spend long moments calibrating extracts from various distilleries to make that one poison that trips your gustatory wirings. There is art in it.

There is science, too. Today if you want to catch rum in one of its most ebullient and creative moods, you must parachute down to one of those rum kingdoms in the Americas.

The island is right in the centre of the Caribbean archipelago. Fringed with sugary sands, coconut trees, and beautiful resorts, Jamaica—in addition to its fame as the ultimate rum country— is also the homeland of reggae, of Bob Marley. Tourists fly in from faraway countries to enjoy its beaches, complete with a glass of rum steeped in coconut water or pineapple. Some climb the cliffs only to see how long they can defy gravity before they hit the waves below. Others hibernate in coves.

Wherever you go, the beats and pulse of reggae from the beach follow you faithfully in the country.

When you feel a happy buzz, shake a leg on the beach to the beats of reggae.

A tour of Jamaica is not complete without a visit to one of the oldest and most famous rum distilleries in the Caribbean: the Appleton Estate, which produces a wide variety of rums of different ages and complexions.

Now, amble back to the beachside and relax. Hold the glass high and watch the sun set through a rum tiki. What else do you see amidst all the celebrations and beach parties?

Can you see the white eyes of ebony men glint in the dark as they dance frenziedly around stubborn fires lit three centuries ago along the same windy shore where you now relax?

Can you hear the voodoo chants set to mad drums as slaves call upon their gods of distant villages to sweep over the ocean and come rescue them?

Can you see the gods of Africa gather on a faraway shore, not knowing what to do with the wide ocean?

Can you see them through your glass?

(The writer is an associate professor of English who runs the website, rumroadravings.com)