Life in the Time of the Camera

With digital photo lenses all around us, life is no longer what it was. Public exposure is a constant threat. But relax, say megapixel historians, look at the bright side. 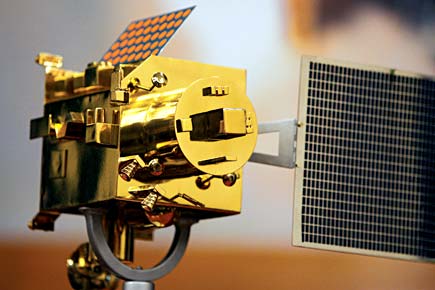 With digital photo lenses all around us, public exposure is a constant threat. But relax, say megapixel historians.


With digital photo lenses all around us, public exposure is a constant threat. But relax, say megapixel historians.

One fine morning at 2.15 am last month, I was force admitted into the fold of Facebook photogallery owners. Till that fateful day, I had four pictures on my Facebook page, including two of my now deceased jeep. Between 2.15 am and 4.35 am, the phone buzzed 73 times; I was tagged in 30 pictures, and got 20 comments and 23 follow up comments. The next couple of days were a photographic blur—as I was tagged in more pictures with multi-coloured feathered boas around the neck and fake tiaras on the head, and my photo gallery crossed a half-century. The tally now stands at 58.

“People used to have fun… But then everyone got a camera,” said Stéphane Feugère, who covers parties and people for French Vogue, in an interview, “Now, they wait for someone else to have fun so they can shoot it.”

Monsieur Feugère was only half correct. Exclusive parties at the members-only club Lap (annual membership costs Rs 1.5 lakh and the waiting list stretches into eternity) are witnessing a change in call signs.

Once upon a time, it was infra-dig to take a picture when you were somewhere nice, an admission that you didn’t belong, an admission of being star-struck, or worse, a member of the paparazzi. But all that’s history now. Actors, non-actors, celebrities, pseudo celebs, they are busy clicking away to upload all the action on Twitter, Facebook and everywhere else, a live endorsement of the voyeuristic times we live in, where everyone is their own ‘megapixel’ historian and Japanese tourist rolled into one.

In these times of amateur photography, digital cameras are an all-weather accessory, and the cellphone is a camera-cum-social networking device—even an entry-level handset can get 2-megapixel grabs—that treats incoming calls as an electronic form of coitus interruptus.Except that everyone is in on it. Kids are now being given cameras to take pictures of things they see around them, a huge leap from the crayons we were given to express our creativity in school. Bollywood has been trying to sell photography as a career of choice for the hero. The hero is often a lost cherub who comes to recognise his latent enius behind the viewfinder, though not without angelic intervention. In Wake Up Sid, Ranbir Kapoor’s bulb is set aglow by Konkona Sen (even if the way he holds his camera remains suspect), and in 3 Idiots, Madhavan’s photography passion is teased out by Aamir Khan (even if it’s done over a booze session).

And not just commercially, photography is coming into its own as a wider art form. “In the last few years, photography was always an optional subject in commercial arts,” says Professor SGH Zaidi, dean of Jamia Millia Islamia’s Faculty of Fine Arts. Himself an avid photographer, he draws a clear correlation between all the cameras around us and the swarms of students evincing interest in photography.

According to Devika Daulet Singh of Delhi based photo gallery PhotoInk, the digital camera has both “democratised as well revolutionised” photography. “Today, a six year old can make a picture, and it can look interesting,” she says, “Think back to the transition between large format cameras and the first handheld Kodak cameras. Innovation in camera technology is aimed at making cameras more user friendly.”

Indeed, it’s the digital camera that’s leading the revolution, even though I openly confess to being partial to reel cameras, saddened by the declining dependence on print, and revolted by how trigger happy some of us have become. The fact that you no longer need to conserve and cherish those 36 frames (72 if you use a half frame) has taken away all the charm of ‘picturing’ a shot before clicking. With about 2 million more compact digital cameras expected to invade social life in 2010, the very act of contemplating a frame is soon going to look as quaint as tracing a forefinger arc through a rotary dial (remember those volcanic black machines?) to place a phone call.

But then, one can count on snobbery to save what’s worth savouring. This year will sell some 50,000 SLR (single lens reflex) cameras as well, thanks to evolved photographers who are presumably less prone to clickety-click diarrhoea.

Truth is to war what privacy is to the ‘click’ button—the first casualty. This is ironical, since the act of photography carries with it a halo of forced accountability. A camera is an exposé threatening to happen, a hammer poised to nail the Big Lie; be it the drudgery you skipped at work or the girlfriend date you cancelled on the pretext of a dental appointment while you went partying, a nicely taken snap can make you sweat silly over the tooth, the whole tooth and nothing but the tooth. It takes just one simple tag on a picture.

Very good. But there is something more at stake here. Whatever happened to the democratic right to privacy? Why force more of our lives into the public glare than we’re willing to cede?

We all tell tiny little lies about family weddings we didn’t attend because we were ‘sick’, and whatnot, but even if we don’t, is a photographic account of last night’s deeds really something the internet must have for the greater good of mankind (and some dotcom’s market valuation)?

Watch yourself be exposed, and the one thing you develop instantly is empathy for celebs taking swings at paparazzos. At this rate, the world will turn into The Truman Show, only more dystopic and with fewer laughs. Perhaps the only key to happiness, then, will be to succumb to round-the-clock exposure. Grin and bare it.

There are already people online headed that way; the lady shown in the pictures here has 3,156 pictures on Facebook, organised in 164 photo albums. Honeymooning couples can be worse, especially if they spend every waking disentangled moment taking and posting pictures of each other: cavorting on a beach, her in a bikini, him in bright red shorts; of the bistro with him on bended knee, proposing again; at the nightclub with blurry upturned margarita glasses testifying to an inebriated night; of the stone they were convinced looked like Buddha… They’re having so much fun that they insist the world knows about it. It’s about as exciting as the wedding album/CD that must be endured at any just-married couple’s home, but online friends, perforce, must respond with chipmunk smiles and appreciative cooing noises.

We have put all sorts of man-made junk in orbit around the real world, but seriously, how much digital debris can even cyberspace take?

“There’s a lot of junk floating around on the internet,” agrees Madhavan Pillai, editor of Better Photography magazine. But, “What is junk to me may be a treasure to you,” he adds, “I may not care about the pink cake you photographed with your fifth-grade cellphone camera on your second cousin’s eighth wedding anniversary, but it probably holds a lot of meaning for your cousin and your grandparents.”

Admittedly, internet photos do keep long distance relationships going—people you might not be geographically close to, but really want as part of your daily life. Like that friend in Bangalore who promised to marry you if you didn’t find your soul mate by 40.

THE JOY OF JUNK

Pillai paints a glorious picture. “Imagine a world where we intuitively wade through millions of geo-tagged, genealogically, chronologically, subject organised images of millions of people who have documented their life and times! This changes the way history is recorded. This changes everything.”

Unfortunately, though, the thought seems just a little scary, and vocal members of the photo department at Open are quite alarmed about the prospect of world history being in the hands of such “dead-pan”, “deer in the headlights” kind of “uniformly bad” pictures that swamp the net.

Are they just being snooty?

Perhaps. But they’re correct in pointing out that many albums we trawl through could work just as well as flip books—the same person with the same pout, with a few minor changes in the surroundings, faces and buzz around.

Zaidi though, admits that even though students are shooting much more proactively than earlier, it has raised questions about quality. According to him, the camera was looked up to earlier, and the ease of access may just have claimed that seriousness as a casualty. “Earlier, students took the time to learn the theories of photography, they were more aware about exposure, but the current lot are much more auto-focus friendly,” he says, smiling.

Singh, though, insists it’s not all bad, “Today, photography cannot be compartmentalised between just ‘the professional’ and ‘the amateur’, it serves so many more purposes,” she says, admitting that she’s amazed at the kind of photographs she sees on Flickr and other online sites.

But where does that leave the sanctity of the picture? Doesn’t the fact that we’re capturing everything from a banana peel to a clothing store board in Nagpur called ‘Gaysons’ knock the art of photography down a few pegs?

The camera is no longer a special accessory brought out on special family occasions. And yes, with everyone taking a picture of everything, the camera’s parade is fast getting rained out. What was treasured once is now too commonplace to even notice. There was once a time that any picture taken was assured of attracting the attention at least of those it featured. Today, you could click someone somewhere, and she may shrug in response—without as much as a polite request for a look at the frame you’ve captured. There are just too many snaps being taken.

The suspense of film development, and waiting for the photo shop prints, is a thrill few in the future will ever get—now that the digital camera has more or less killed the mystery of not knowing, the romance of the not-so-perfect pictures which stories were woven around. And what about the classic old family portrait that went up on the mantelpiece for posterity?

Hasn’t the digital screen suddenly turned things clinical? Singh agrees and disagrees. According to her, the digital age has not outmoded the family portrait, just that the “aesthetics and expectations have changed”.

Pillai is more charitable. “I believe that we get a lot more appreciative of something the more we’re accustomed to it.” “We become selective when we experience a range of things and we know that we like or dislike something,” he says. According to him, though, there is a significant rise in the amount of junk, there’s also a significant rise in the number of great moments which have been captured, all of which makes a good picture all the more attractive, even if it is so darned arduous to sift through all the junk.

It’s why they say patience is worth a thousand words. Or something to that effect.