Our visual reality is shaped by 50 odd celebs. We see them day and night. Shouldn’t our world be more than the sum total of these done-to-death faces? 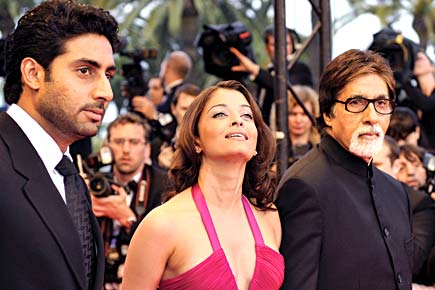 Our visual reality is shaped by 50 odd celebrities. We see them day and night. Shouldn’t our world be more than the sum total of these done-to-death faces?


WE LIVE in an age of forgetting. Despite the Rs 1 crore ( plus or minus a few lakhs) advance that Ramachandra Guha is alleged to have been paid for a comprehensive biography of Gandhi and a few other sundry books, our sense of history, endemically subservient to our genius for myth, has never been so brittle as now. This is perhaps natural in a nation where nearly 500 million of the one billion-strong population is below 25 years old.

Since most of the mainstream media cater­ing to the urban English Republic of India tar­gets the young as their alpha audience, the act of forgetting—the erasure of events, deletion of solo revolts and elision of pains which are the building blocks of individual lives—buys into the media’s marketing need to create a pleas­ant, buyer-friendly ecosystem to sell its wares, the advertising space in which products are dis­played. A great deal of any market economy rests on internal consumption. Cut the clap trap and call it shopping. We shop because buying is a liberating experience. We splurge at a mall and assert ourselves in terms of cash or card at the counter because each product off the rack car­ries with it a promise: a better you. We shop be­cause we believe it will help us live better, be­cause we believe deep down that each trolley packed with tetra packs and plastic bags will fa­cilitate the arrival of a new, improved us.

And since perfection is potentially an inter­minable process, shopping is an eternal search for our true, elusive and beautiful selves hidden away in one of the Fair & Lovely shelves, pre­served pristine in the embalmed mall air. If only we shop long enough, we might just achieve immortality. Shopping is a ceaseless quest for the elixir of life in a departmental store.

What are the overwhelming traits of the new, improved us? Youth, beauty, success. Which is more or less what the media, ever friendly to our aspirations, strive to give. And they ensure it by arranging around us an environment of com­forting imagery that makes our search for our­selves credible. Ideals of bliss and beauty are pos­sible in the impoverished, industrial ugliness that permeate our urban existence if only we live within sensory burkhas, wear even to bed a commodious niqab of pretty images and mean­ingless sounds.

The media proffers, certainly tries their dam­ndest, to give us exactly that. For instance, here is Amitabh Bachchan blabbering about his blog, unlikely black wig adorning his head, his mouth haloed by equally unlikely silver hair, on the front page of a Delhi city supplement: “I am duty bound [?!] to my fans and feel like giv­ing back the love they give me.” In other words, Bachchan is saying he started his blog because he loves his fans, not himself. If you believe this, you will believe anything.

In the same report, Bachchan’s son, Abhishek, is reported as expounding on the miracle man that his father is: “Dad is amazing. His com­mitment to his extended family, which he has named EF, is beyond any physical [!?] or situa­tional limitation.”

We all know by now that Abhishek Bachchan has always been overwhelmed by his dad. He is perpetually in a state of amazement as far as his father is concerned. Indeed, it would be news if he was not amazed, if he did not speak of father Bachchan in superlatives. That would be a new input to our all too mediated reality. But here all he does is to sum up his earlier endorsements of his father, who is, in one word , amazing. He has said it earlier and no doubt he will say it again. And each time he says it, we are supposed to be amazed as well.

The deadening, repetitive quality of the words is central to the mechanised comfort we derive from this report. The only person who could conceivably be as amazed as Abhishek is the re­porter himself, who, for all we know, is reeling under the revelations, his mouth agape.

What in any case is the cause of Abhishek’s amazement? A platitude. Bachchan says he will do anything for his fans. Do we believe it? But, of course, it is not important. It is just a transaction of sounds, and those sounds mean nothing. The fact is we don’t particularly care, do we? So long as the celebs keep talking, produce a kind of static, we think we are all right. So long as the fa­miliar faces are there—a stellar presence that could be conjured out of thin air by the mag­ic wand of a rolled-up newspaper any time we want—we feel safe.

What we have come to look for is visual com­fort, a sense of assurance from a familiar sight. So when Shah Rukh Khan, another ham actor with an ego the size of a pyramid, refers to him­self in third person (“I am Shah Rukh Khan’s employee”—no kidding ), no one so much as breaks wind in joyous relief. No one is cracking up, because a poor poetics of cosmetics has re­placed the politics of our memory and meaning and we are not even aware of the censorship.

Our new, glittering, impoverished world then comprises say, 50 images of select Bollywood stars, a few of cricket players and a clutch of political leaders. Our reference to the reali­ty around us is defined by these images. The 50 icons we see hour after hour, day after day, year after year lull us to thinking that all is, if not well, at least normal. In the sustained ab­sence of other reference systems, the more naive amongst us will take these images to the grave.

Our media conditioning is such that if we don’t see them once every few minutes, we are likely to panic: what’s wrong with Aishwarya Rai? We don’t question that feeling. We think it is a genuine, even charitable, feeling, though the truth is likely that we are simulating it. For, in the last count, what is Rai to you and you to Rai that you should weep for her?

The stars especially are as natural to us as the air we breathe. And with what warm generosity we hold them to our heart. They grow old, and our familiarity air brushes their wrinkles away. They grow wigs, and we don’t even bat an eye­lid. They cut the throat of a black buck, and we still queue up for their next movie. They make scenes at a party, and we are indulgent. They are ham actors, but we never measure them against the one skill they are supposed to be famous for.

On a rough count, a mainstream English newspaper will feature the photograph of a Shah Rukh Khan, Amitabh Bachchan, an Akshay Kumar, a Salman Khan or an Aamir Khan around 20 times a week. The number could go up if one of their movies is being re­leased. Last week, for instance, a city supple­ment of a major newspaper carried the picture of the Bollywood action hero Akshay Kumar— whose movie 8×10 Tasveer just hit the screen—in seven places within a span of 10 pages, in­cluding all the advertisements. Add to this blitz—the carpet bombing of the eye with just one image—magazines, posters, hoardings, TV channels, reality shows, movies and endorse­ments, and you will have an idea of the radia­tion levels in our one-dimensional world.

It is just very safe to assume that at least some of us living in big cities—and nearly 50 per cent of the Indian population already do—have seen more of these media icons than of our parents, siblings and friends. That speaks something for the visual ecosystem we live in.

But there was a world before them and there is one beyond them. A much brighter world than we are given to understand. More varied. More rich. More meaningful, even. Perhaps, we must turn deaf to hear new sounds. Close our eyes to see better. Surely, there must be more to life than 50 paling stars?

CP Surendran
The author is a poet, novelist and journalist