Why rich bullies in the climate debate should not surprise us. 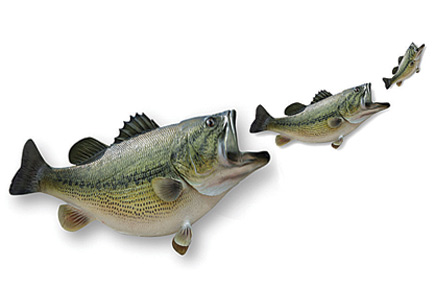 Why rich bullies in the climate debate should not surprise us.


Alphonse Karr did not know about global warming but his now clichéd observation holds good for the climate deadlock. The flickering hope died out three weeks before Copenhagen. No, there will be no legally binding international deal on emission cuts. We won’t hear any definite word on other contentious issues, such as financing and technology transfer, either. Already, Copenhagen has been reduced to ‘setting the stage’ for the next climate summit at Mexico in 2010.

The green diehards are outraged. Yes, the global responsibility of reducing greenhouse gas (GHG) emissions—possible only by compromising national economies and individual lifestyles—is supposed to be shared by all nations. But is it really surprising that many have found ways to appear more (or less) equal than others?

The contention is simple. Due to higher population density and inferior technologies, the developing countries (read China and India) will together account for more than two-thirds of the world’s GHG emissions by 2020. So the developed world (read the US) wants these countries to invest big in green technologies.

The poorer nations argue that they have a lot of catching up to do in terms of growth and that they cannot afford to saddle their economy. Asia or sub-Saharan Africa, they point out, may account for much of the global GHG burden, but per capita emissions in these poorer parts of the world are still negligible, compared to Europe (230 per cent) or North America (500 per cent). Therefore, the developing world wants the rich nations to mind their own emissions, and, help poorer nations financially to upgrade technology.

Taking a cue from former Argentine President Néstor Kirchner, if we mark out the poorest countries on the globe, we also end up demarcating the areas with highest concentrations of biodiversity on earth. Conversely, to identify the areas with severe environmental degradation, we only need to highlight the richest nations on the map. Naturally, the Indian climate establishment and its negotiators do not want the developed world (read the US) to lecture them on emission cuts.

But it is difficult to escape a feeling of déjà vu at home. If we repeat the above exercise on India’s map, we only have to identify the poorest districts to get the forest map of the country. Much of prosperous India won’t show even a few specks of green from the sky. Not too long back, all these areas were forested, rich in biodiversity. Evidently, across the country, those assets have been exploited for economic growth.

Today, global warming or not, science tells us that we must save whatever little forests remain. Still, we do not limit mining or mega-constructions inside forests because these are economic activities that keep making us richer. Instead, we tell poor forest communities, people who did not or could not cut down their forests and make money like we did, to make livelihood sacrifices to secure the country’s ecological future.

Now, how different is that from the US telling India to cut down emissions no matter what to secure the earth’s future?

Recently, the Centre raised the compensation for those moving out of India’s prime forests to Rs 10 lakh per family. But what are such families, uprooted from their lives, supposed to use the money for? To buy land outside forests (because it was not provided free), spend for infrastructure (because little was built) and gamble at some alternative livelihood (because no vocational training was provided). In effect, they will end up giving the money back to our structured economy without finding so much as a foothold.

How different is that from the developed world’s strategy of offering aid to developing countries to fight global warming and then making them buy low-carbon technologies?

So, what is the only consensus at Copenhagen? Convenience.Again, take the example at home. While we want to shift a few thousand families from core critical forest areas, we have given land and other rights to millions living in the so-called non-critical forests across India. On paper, the idea is to allow them limited exploitation (as opposed to our plunder) of forest resources. But these marginal communities understand little of rights and less of responsibility. Between their poverty and the lures of a parallel (mafia) economy, much of these forests will be lost soon.

If we were indeed serious about conservation, we could have empowered these communities while giving them rights to exploit those non-core forests. Regular conduct-based incentive schemes would encourage and justify sustainable use of forest resources and, importantly, keep the mafia out. But such schemes dent the economy. So does absence of mafia.

So, past rhetoric notwithstanding, a number of world leaders and top climate negotiators have been quite candid in the last three weeks that no save-the-earth deal is going to be inked at Copenhagen. Of course, there are talks of raising two funds—one to protect poor countries from the worst impact of climate change and the other to reduce deforestation in the developing world. Also, the new market for clean technologies will get a boost. A lot of money will change hands. Few will need to change their lifestyles, or cut emissions directly.

Karr was right, after all. The more things change, the more they remain the same.