M168 > P143 > M89 > M69 (the set of markers that together identify the haplogroup, the changes in the Y-chromosome they indicate occurred in the order listed here) 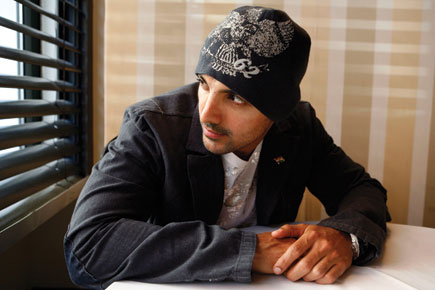 
This lineage represents one of the earliest pre-historic migrations into India, and today this line of descent is rarely found outside of India.

Skeletal and archaeological evidence suggest that anatomically modern humans evolved in Africa around 200,000 years ago, and began moving out of Africa to colonise the rest of the world around 60,000 years ago.

The man who gave rise to the first genetic marker in this lineage probably lived in northeast Africa some 31,000 to 79,000 years ago. Scientists put the most likely date for when he lived at around 50,000 years ago.

The next male ancestor in this lineage is the man who gave rise to M89, a marker found in 90 to 95 per cent of all non-Africans. This man was born around 45,000 years ago in northern Africa.

The National Geographic Project hypothesis on the origins of M89 is based on proposing a second migration out of Africa that heads inland to the Middle East. But there is reason to differ with this hypothesis.

The presence of the three markers M168 > P143 > M89 defines the F Haplogroup, which is found with some frequency in South Asia but is absent in the Middle East, suggesting at least the possibility of a South Asian origin.

Thus, rather than two different migrations into India, this Haplogroup could conceivably be the result of the same migration that brought the maternal line M (see analysis of maternal DNA results) into South Asia.

The presence of this marker is what defines the H Haplogroup, a branch of the F Haplogroup. While the National Geographic Project suggests this is a result of a migration from the Middle East into India some 30,000 years ago, the evidence is not conclusive and it could well have originated in India. It is today found only in India, except for its presence among Gypsies, strengthening the case for their Indian origins. Found in well over a third of the Indian tribal population, it is relatively rare among the higher castes. Combined with the distribution of the F Haplogroup, this Haplogroup makes up over 30 per cent of the Indian population and is the largest Y chromosome Haplogroup in the Subcontinent.

According to Pitchappan, “The Malayalee actor John Abraham possesses an Indian marker NRY HG H (M69), a more than 30,000 years old marker that has been distributed in most of India except the northeast and east India – an early, successful, pan Indian marker/population. He might (trace his descent) to an ancient settler in Kerala. His religion has no correlation to the genetics.”