A Recipe for Disaster

The Government appears to be in a tearing hurry to fast-track the introduction of genetically engineered foods. Whose interests would it serve? 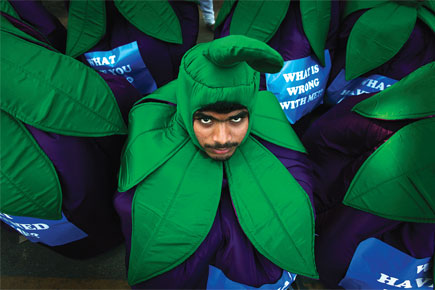 The Government appears to be in a tearing hurry to fast-track the introduction of genetically engineered foods. Whose interests would it serve?


When civil liberties and rights were enshrined in India’s Constitution, the very basic needs of food and water were probably self-implied. How can the Right to Sustenance be anything but elemental? The current governance system has failed miserably in delivering the very basics. India urgently needs legislation to enshrine the Right to Food for its citizens as a fundamental right. It might be pertinent to modify this at the preliminary stages as a Right to Safe Food because grave dangers of malnutrition and food toxicity must be tackled at the basal stages to be effective or worthwhile.

Instead, on the safe food front, what we get is the Biotechnology Regulatory Authority of India Bill, proposed by the Ministry of Science and Technology. Whilst numerous countries are still debating the wisdom of deploying the controversial technology of genetic modification in agriculture, and while a majority of nations have actively stayed away from GE [genetic engineering] in their food and farming, India appears to be in a rush to establish a statutory fast-track single-window clearance for Genetically Modified Organisms (GMOs). This race is like being on a Formula 1 track to disaster.

A Task Force report on Agricultural Biotechnology (led by Dr MS Swaminathan) in 2004 pointed out that ‘the safety of the environment, the well-being of farming families, the ecological and economic sustainability of farming systems, the health and nutrition security of consumers, safeguarding of home and external trade and the bio-security of the nation’ should be the cornerstones of any regulatory policy related to biotechnology in agriculture.

The draft Bill lamentably fails in addressing the recommendations. Is this the right bill for the people of this country or is it meant for the convenience of developers and the MNCs funding them? Are there other vested interests that defy our scrutiny?

The entire Bt Brinjal debate two years ago highlighted the serious inadequacies of the regulatory regime. The moratorium on Bt Brinjal, in fact, came after the apex regulator, the Genetic Engineering Approval Committee (GEAC), had approved commercial planting.

The run-up to date might be useful here. Bt Brinjal consultations indicated a big divide in the scientific community regarding the safety of GM crops. The need for a holistic impact-assessment framework that includes sustainability, trade security, consumer rights, farming, ethics, environment, etcetera, became apparent. While this is on one side, a February 2010 leaked version of the draft BRAI Bill included undemocratic clauses recommending imprisoning and penalising those who might raise uncomfortable questions and concerns regarding the hazards of the technology, underlining the bulldozing attitude of those pushing GM crops.

American interference in our regulatory regime and the shaping of our bio-safety frameworks was also reported and objected to. India lives in her villages, with a majority of its population living off farming. Why are we emulating the American system of agriculture, which involves less than 2 per cent of America’s population? American interference is reportedly shaping our regulatory regime in the guise of bilateral projects, and this is objectionable.

The current public sentiment displays the frustrations of the people of the country with high-handed governance that excludes the public. All the talk about democratic choices is meaningless when one does not even have the option to choose what one eats or question what one might be force-fed.

The current draft seeks to bypass the RTI Act despite the Supreme Court ruling that in the case of Bt Brinjal and other GM crops, full information and data be disclosed for public scrutiny. It further seeks to have overriding effect on the constitutional authority of state governments.

Over a dozen state governments spoke against the introduction of Bt Brinjal. At present, there is a norm requiring a state government’s NOC before field trials can be taken up, and already seven state governments have said ‘no’. However, BRAI 2011 is using an expediency clause in favour of the Union Government to deny states this constitutional authority.

Genomic, biological and ecological interactions are infinitely complex. Risk assessment is not a simple computation of the hazards and probability of their happening. The internationally established Precautionary Principle builds on the age-old wisdom of ‘look before you leap’ and holds truer than ever considering the complexities and magnitude of risks.

Public scrutiny has revealed lacunae such as easy approvals for trials and environmental introductions without fundamental safety questions asked, conflicts of interest, an unreliable regulatory regime, and Indian public sector universities acting as conduits for MNCs. The BRAI Bill could well institutionalise all these systemic loopholes pointed out in the past. For instance, the Bill comes from the Ministry of Science and Technology—this itself constitutes a conflict of interest. Despite all the existing evidence of the hazards, the developers themselves are granted the responsibility of regulation. The regulator’s role is perceived as one of a clearing house for GMO approvals without even first examining their need.

The biotech regulatory regime’s main mandate should expressly be ‘to protect the environment and health from the risks of biotechnology’. A justification must be demanded from the Government of India for this altered approach and pro-industry bias. The Gene Technology Act in progressive nations like Norway even has an express element in their statute demanding an assessment of the ethical and social justification for every GMO.

The issues of bio-safety and broader impact assessment, mechanisms for public participation, transparency in functioning, comprehensive liability regimes that include penalties, compensation as well as remediation have been brought up by many experts who have studied the Bill, and these issues must be adequately addressed. It is necessary for India to evolve a comprehensive and appropriate National Biosafety Law, and not just some ill-conceived BRAI Act.

The author is a Member of Parliament