Discrimination is a dynamic industry in India. A survey recorded an astonishing 80-odd practices of untouchability—new, bizarre, vintage. 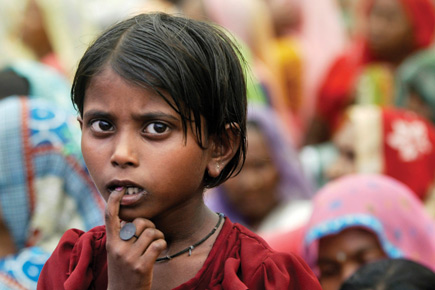 Discrimination is a dynamic industry in India. A survey recorded an astonishing 80-odd practices of untouchability—new, bizarre, vintage.


Two thousand years and counting. We must hold the record for perpetuating one of the worst crimes on humanity for the longest time running. The practice of untouchability has an unbroken history. A record the Indian state, in violation of its own Constitution, has become a collaborator to. Not hesitating to lie, even denying it at times, the state machinery stands guilty of turning a blind eye to this inhuman practice.

A grave failure, seen most recently in Haryana, where the Supreme Court had to warn the government with “serious consequences” if it further delayed justice to the Dalit community in Mirchpur, where two citizens were burned to death and houses of 150 others reduced to ashes by the upper caste Jat community.

To call the bluff on sanitised official reports that feign ignorance about an ugly social truth, the Tamil Nadu Untouchability Eradication Front, an umbrella group comprising nearly 150 labour, Dalit and human rights movements, set off on a comprehensive survey three years ago. They started documenting all manifestations of untouchability, circa 2010. They visited 1,845 villages in 22 (of 32) districts in the state.

A new village, a new can of worms. Exposing the rot of oppression and its myriad crippling ways. Discrimination is a dynamic industry in India. The survey recorded an astonishing 80-odd practices of untouchability—new, bizarre, vintage. It further recorded 22 atrocities committed against Dalits.

The list, titled ‘Cruel Manifestations’ was released at the Front’s first state conference held in Pudukottai district on 28 May. Here’s an abridged version of that list

»Not allowed to speak on the cell phone in the presence of caste Hindus. (A practice reported in the Nilgiri constituency, a reserved Lok Sabha seat, the current incumbent of which is, ironically, Union Telecom Minister A Raja.)

»Not allowed to keep male dogs. (Why? They might breed with female dogs from upper caste neighbourhoods.)

»Prevented from having their clothes washed or ironed, or assigned separate cupboards at the laundry for clothes of Dalits.

»Refusal by barbers to cut their hair, or separate chairs for Dalits.

»Separate ration shops, or queues, or timings for Dalits.

»Offered tea in coconut shells which they can drink only by squatting on the ground.

»Forced to cut out portion of the name that suggests respect (Madaswamy will be called Mada, Muniyaswamy Muniya).

»Attacked if they call any caste Hindu as annan (brother).

»Erecting walls (as was seen in Uthappuram) to deny Dalits access to common places.

»Elderly members of the Dalit community addressed by children of the dominant caste as poda, vada (denoting lack of respect).

»Sapparam (temple car) not driven through areas where Dalits reside.

»Not allowed to participate in pookkuzhi (a ritual of walking on fire) during festivals.

»Two, in some cases four, tumbler system in tea-shops, one set for Dalits and categories within them, another for caste Hindus.

»Separate neighbourhoods for Dalits in villages.

»Preventing the opening of milk dairy near Dalit neighbourhoods.

»Dalit workers to bring their own food-plates while others need not.

»Preventing the opening of panchayat office buildings in Dalit areas.

»Sit on benches in hotels and tea stalls

»Sing or speak at village functions or participate in auctions

»Work in crematoriums and at burial grounds

»Carry message of death to people of the dominant caste (to be paid only bus fare, food only if offered)

»Urinating into the mouth.

»Murdered if elected as Panchayat President against the wishes of the dominant caste.

»Burning alive if a Dalit fights for rights.

»Tied to a tree and beaten up.

»Killing all dogs in a Dalit area if a dog of the Dalit area bites a dog that belongs to an upper caste community.

»Obstructing the common passage (if won through struggle) with mortar, grindstone and washing utensils there.

»Killing by poisoning one who inter-marries.

»Ostracising those Dalits who raise their voice for human rights.

»Attacking Dalits if they insist on using community halls.

»Making Dalits prostrate before members of the dominant caste and imposing fines on them.

»Refusal by the state administration to enforce access to burial grounds.

»Harassment and brutal attacks on Dalits by the police for fighting for their rights.

»Dalits driven away by the police for trying to enter temples