Influential owners of government-aided schools have profited in their name 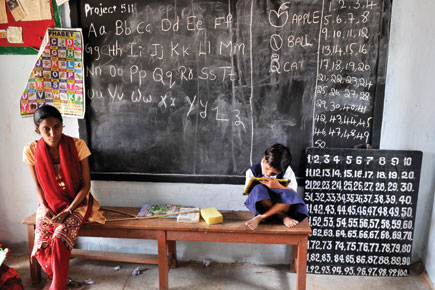 Influential owners of government-aided schools have profited in their name


MUMBAI ~ When Dr Shrikar Pardeshi—district collector of Nanded in Maharashtra—undertook to find out the exact number of students in government-aided schools in his district, little did he know that the statistics would be a shocker. In the 3,475 schools inspected, about 140,000 students were found to be bogus and nearly 4,000 excess teachers were found to be catering to these students. The loss to the government exchequer in the district was Rs 150 crore. What’s more, most of this money seems to have gone to the owners of these educational institutions, who are politically influential.

The exercise was undertaken in early September this year. Later, in early October, a similar survey was conducted across the state. Of the 20 million registered students in state-aided schools, 2.1 million turned out to be bogus. There were 65,000 teachers in excess and the loss to the state exchequer stood at Rs 4,000 crore. This included money for mid-day meals and books drawn in the name of these bogus students.

In the past there have been numerous school inspections by the education department, but never one on this scale. The exercise had to be undertaken because rampant corruption and bribery among education officials had led to the suppression of facts about school enrolment in the state. That was until Dr Pardeshi decided to risk it, a risk because three-fourths of the schools surveyed belong to political heavyweights of the Congress and Nationalist Congress Party.

After the school education department realised that there were bogus students and teachers registered across the state and huge sums of money was going into the coffers of institution owners, it decided to implement a pilot project in one district. Nanded was chosen because it had made headlines for cracking down on cheating in SSC and HSC exams.

The district collector planned the entire exercise, and shared it only with a handful. The district’s borders were sealed on the appointed day and Section 144 of the Criminal Procedure Code was imposed. At the pre-decided time, officials raided the schools and verified each student of all 3,475 schools. The survey involved 466 Class I and II officials and took four days to complete. When the school managements felt the noose tightening, they started ‘importing’ students from neighbouring districts. However, these students were easily identified because of the imposition of Section 144 in the district.

On the completion of this survey, Dr Pardeshi made a PowerPoint presentation before the state cabinet. Though the cabinet was divided over accepting the ‘Pardeshi model’, as the exercise is being called, Chief Minister Prithviraj Chavan is adamant that it be implemented.

It is a common practice among educational institutions to ‘import’ students from other schools when inspections are conducted. According to information available on previous inspections, school owners knew of these inspections in advance. Once a school was inspected, students and furniture would be taken to the next school on the survey list. Though officials did realise that they had seen the same students in other schools (often in multiple schools), no one dared take on the politicians.

The Chief Minister has threatened stringent action against erring schools. But when schools are owned by relatives of ministers, it is an open secret that few would be booked. So far, the names of school owners involved in this fraud have not been revealed. But it is only a matter of time before they become public.

Education malpractices in the state have increased alarmingly. There has been a steady decline in the quality of students and teachers. With excessive political intervention in the education sector, the education department had become ineffectual. “In a coalition government, no hard decisions can be taken. It is bound to hurt one of the coalition partners. Let us see what action is taken now. Even if registrations are cancelled, owners of such institutions make sure their political godfathers get it revoked. It is a win-win situation for such institutions,” says an official of the education department.

Many in the state’s education department believe that successive governments have lacked the will to clean up the education system in the state.