Afroz Alam Sahil’s latest breakthrough can tell you all you wanted to know but were afraid to ask about the Batla House encounter. 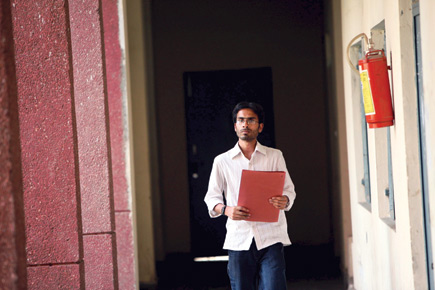 Afroz Alam Sahil’s latest breakthrough can tell you all you wanted to know about the Batla House encounter.


Every generation needs heroes. We, however, seem to have preferred money. There is just too much of it to be made in the 21st century, never mind ‘the-worst-economic-crisis-since-the-Great-Depression’ phase that came and went.

To disengage and chase six-figure salaries instead is the defining logic of our times. So when a young person does something completely illogical, like chase the truth, it grabs our attention.

Only 22, and already with over 3,ooo Right to Information (RTI) applications to his name, Afroz Alam Sahil is dynamite when it comes to blowing the lid off things. An aspiring documentary film maker, Sahil is a final year student at Jamia Milia Islamia’s Mass Communication Research Centre (MCRC). He moved to New Delhi in 2005 (incidentally, the year the RTI Act was passed) from Bettiah, a city in West Champaran district of Bihar, to do his bachelors in mass media.

His latest volley comes from an ongoing 18-month-long-already struggle to retrieve facts on the controversial Batla House encounter.

A copy of the post-mortem report of Atif Ameen and Mohammad Sajid, both killed in an operation conducted by the Delhi Police on 19 September 2008, was finally given to him by the National Human Rights Commission (NHRC), in response to his RTI application. It is the most damning evidence yet against Delhi Police’s claim that the encounter wasn’t fake.

In less than a week of the Batla House encounter, Afroz had filed four RTIs addressed to the Delhi Police, the All India Institute of Medical Sciences (AIIMS), the NHRC, and the Supreme Court. Some of the details he sought were: number of people killed in the encounter, a copy of the FIR lodged (if at all) by the Delhi Police, copy of the post-mortem report of the two boys killed in the encounter, details on the Delhi blasts investigation, statistics on encounter killings and on terror-related cases pending in courts.

Sahil would go on to face a one-and-a-half-year long dogged resistance by the criminal justice system to deny him information. His experience with each agency could serve as a case study on how the RTI law can be subverted.

Even the Supreme Court (SC) was no exception. “The SC’s response to my RTI on terrorism-related cases was a referral to their website. It is not possible for anyone to get information on the website unless the case number is available.” Afroz, of course, persisted. When he met an SC administrative official to follow up on the RTI, his first question to Afroz was, “Tum student ho ya berozgaar (Are you a student or unemployed)?”

“When I replied that I was a student at Jamia, he said, ‘Achcha Jamia. Tabhi toh aap aise sawaal karte ho. Tum logon ki mentality aisi hi hoti hai’ (Oh Jamia. That’s why you are asking such questions. This is all that you people can think of).”

When Sahil spoke in Hindi, he was told to speak in English. “He wasn’t letting us speak. When I got up to leave I told him that I would complain to the Central Information Commission (CIC), at which point he asked me to sit down and threatened to lock me up.”

Given such attitudes, getting a copy of the postmortem report is like pulling a rabbit out of a hat. It is a trick Sahil knows all too well. In the last five years, he has pulled out all kinds of rabbits from all kinds of hats.

In 2008, his RTI application on funding received by political parties between 2005 and 2007 made international headlines when Election Commission documents revealed that the BJP had accepted $2,500 from Dow Chemicals, the company that bought Union Carbide, a name synonymous with the Bhopal Gas tragedy. Sahil’s latest feat has made him something of a hero among university students. A week after the news broke, he was addressing students late into the night at the Jawaharlal Nehru University. “You are an inspiration to us,” one student said. Students of Aligarh Muslim University too have invited him to visit their campus.

“Merely saying that the Government is doing wrong by its people will not take us anywhere. Previously, we didn’t have access to the facts. Now we have the RTI tool. It is my hope that more people, especially those in the media, will make full use of this Act.”

Sahil has worked with some of the biggest names associated with the RTI campaign, among them Magsaysay Award winner Sandeep Pandey, and with NGOs such as the Mazdoor Kisan Shakti Sangathan.

Fiercely independent, he did not hesitate to file RTIs on the top 13 NGOs that work on RTI. His argument: they may not fall under the purview of the RTI Act, but those working for transparency shouldn’t have a problem abiding by it.

Five years of hectic information gathering has made Sahil a storehouse of fascinating details on India’s political system and its players, the Government and its working. He writes two blogs—suchnaexpress.blogspot.com and leaksehatkar.blogspot.com. One of his latest posts reveals how the NHRC, never mind the clean chit it gave the Delhi Police, has listed the Batla House encounter as fake in its records.

Suggest a topic of relevance, chances are he has an official document on it. Operation Greenhunt, you say? “I filed an RTI on it last year.” Sahil briefly ran a tabloid newspaper in 2009, and continues to bring out a monthly called Media Scan, which he and his friends started three years ago.

To expose the truth with the solid aid of facts is to pose an existential threat to the powers that be. Sahil is fighting an incredibly brave and dangerous game. He is not unaware of the extents to which power will stoop to silence people like him. So far, he says, he hasn’t experienced such threats. “I have faith in the law. I am not doing anything wrong,” he says.