The Memory of Rape

I saw Shilpi Jain the morning of her rape and murder. I still carry the scar of that memory. We all do 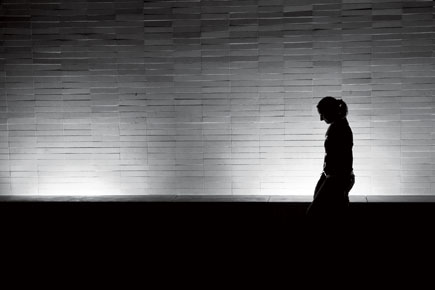 I saw Shilpi Jain the morning of her rape and murder. I still carry the scar of that memory. We all do


What happened to her that night we can only reconstruct through accounts in the media, but each time we hear of a rape, other memories of rape surface, and with it, the same sense of loss, frustration and anger.

Like how they inserted the rods or cut her up with blades while they raped her. Her memory of it—of fighting and hoping she would live—blended with ours became this gargantuan memory, suffused with torture and sacrifice.

My earliest encounter with rape was in 1999 when Shilpi Jain’s semi-naked body was found in a car in Patna. That is when it struck home; it was not a statistic or a media report about a nameless, faceless woman. I knew her. Twenty-two years is not an age to die, certainly not because they lusted after you. They dumped your body and walked free.

What we forget, and what we remember, is also a choice. But in this, I didn’t make the choice of either forgetting or remembering. Each time I hear of a rape, I am reminded of that rape. It didn’t happen to me. But what happened made me a prisoner of the collective memory of rape, forbidden to move around, asked to leave my city because here, in the chaos that reigned, rape was an assertion of political power, telling us that there would never be justice. Protests raged, candlelight vigils took place, we spoke against it, and it is still a mystery whether Shilpi Jain and her boyfriend Gautam Singh committed suicide or were murdered. We will never know.

When rape becomes a privilege of the ruling political class, justice becomes an anomaly. With the limitations of justice, sexual violence is anyway a given.

The judicial process of a rape takes years. Getting over it can take an eternity. I wasn’t raped. But I felt violated. Fourteen years have gone by, and I am still wondering why the case was closed.

In the recent Delhi rape case, the state will try to overwrite its memory by implementing fast-track courts, and meting out death punishments. But it will linger on because rape exposes many things like the divides between class and caste. The rapists were from the working class, and lived in slums. The gaze has shifted to these habitations of the urban poor, and as we look for reasons to understand why they did what they did, we brand Shilpi Jain a girl ahead of her times, as a ‘modern’ woman who was morally loose. We are quick to judge. We brand movements and protests as ‘middle class’ and announce this change that is coming. In a way, nothing has changed, nothing much will change. We have blamed the woman, the migrants, the State and the system. We remember that this is what we have always done.

Shilpi Jain was my senior in school, and at Patna Women’s College. Crowned ‘Queen’ on farewell night, she smiled in her tiara. Not that we ever spoke except the casual nod of acknowledgment. But she was one of us. Outgoing, full of life, large black eyes and a ready smile.

This isn’t an obituary. It has been years. In 1999, I was in the second year of my degree course at college. We went to the same college. I saw her in the corridors. She stood out from the rest.

I saw her that July morning. We attended the same coaching institute. She mostly wore salwar-kameez, and that morning, she was wearing white. I was walking up the staircase, and we brushed past each other.

That night, I presume, she died. Their naked bodies were found in a car parked in a garage. The accused, Sadhu Yadav—brother of Rabri Devi, former Bihar Chief Minister, and wife of Lalu Prasad Yadav, who ruled Bihar for 15 years, by proxy or otherwise—refused the DNA test. The CBI, which took over the case after the family’s complaint, closed it saying it was a suicide, even though medical examination later revealed that the semen on her clothes belonged to more than one person.

When her brother, Prashant Jain, tried to have the case reopened in 2006, he was kidnapped in front of his house. The questions remained unanswered. Why would she commit suicide, and why after taking off her clothes?

It persisted in my memory, the historical silencing of rape. We heard it on television and read it in the newspapers. We heard many things. We were then reined in. We became invisible women, cautious of not attracting attention to ourselves, staying in most evenings, and only ever venturing out in the company of others.

All that is in our shared memory of every rape. Our fear of the male gaze and our hiding in the sanctuary of home. A friend and I still talk about the case, and we feel let down. By whom, we do not know. Because Shilpi Jain died. The law, we are told, can only do so much. At the most, it can provide a sense of justice. That helps. But justice is also social. And political. It is also elusive, and in its absence, it taints the memory of every rape with despair. We are already moving on from this rape.

Rapes will happen again. They will keep happening, we will keep forgetting, and moving on and being unable to move on. Every rape reminds us of every rape that happened. I wasn’t in the protests on the streets. I was remembering Shilpi Jain and thinking about the impossibility of justice. They are talking about naming a law after the Delhi rape victim—a memorial of rape by a guilty society. That is the future of memory. But forgetting will be our default route till yet another rape opens the floodgates of rage.

Rape isn’t confined to the woman who bears its psychological and physical scars. It implies the failure of family and community and society and government. It implies our failure. We have a shared memory and a shared history of reactions: anger, outrage, frustration, sadness, hopelessness—in that order.

Shilpi Jain was portrayed as someone who should have mended her ways.

She was going out with Gautam Singh, a doctor’s son who had political aspirations and was at this party where she was first seen by men in power. She paid the price for what the media termed ‘being ambitious’.

Protest is cool. It is important. Anger is a necessary tool. But I remember those vigils, through days and nights, at Gandhi Maidan in Patna. Nothing happened eventually. Besides the loss, the family also had to deal with ostracisation for bringing up an ‘outgoing’ daughter.

We didn’t wear Western clothes in college—they were forbidden by the nuns who ran it. It was a given that the body should not excite onlookers. The female form must remain buried and the invisibility would lead to security. Seeking freedom, I went to Delhi, then to Bombay, and then New York. But there was this deep fear that made me aware that I was a prisoner in my own body. We were objects of lust.

I am yet to find my freedom or figure out my anger. But let’s give memory a future, and not run away from it, overwriting it with more memories of rape. I hope we can reopen the Shilpi Jain murder case. It will give us all some hope that rape isn’t a privilege. That would be the start of healing.

I am tired of feeling outraged and frustrated. I do not want to remember each time I walk to my house late at night that I am a woman and vulnerable. Each time I walk the distance, the memory of that rape comes alive.