The Illusion of Immunity

What makes rapists feel they can get away with it? 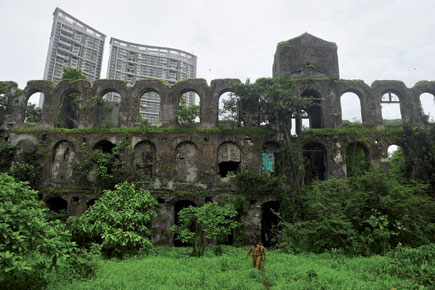 What makes rapists feel they can get away with it?


She had spent four months in Delhi when it happened. On a freezing night last December, a woman from a northern European country was trying to get home at 2 am after a party at a posh locality in South Delhi. Two Indian men, freshly out of college, offered to drive her home in a big car. It was just a ten-minute ride from the party venue. They were not unfamiliar to her. At the party, they had gotten along well. They were polite and articulate, she says, and she saw no reason to suspect them of inhumanity. She accepted their offer.

By her account, she sat in the backseat while the two boys occupied the front seats. Their demeanour changed as soon as the car started to move. They said something about having some more fun. She said the party had been fun enough. One of them turned around, grabbed her wrist, and declared that the fun was about to begin now. He then reached out to fondle her breasts. She protested, even if mildly. “I am not in the mood,” she said. “We are in the mood and will get you in the mood,” they said, “We know you like us.”

She knew she was in trouble, and gave in to their demands without much further protest. If she resisted, she feared, they would make dead meat of her and bury her somewhere without anyone finding out. They took turns raping her in the moving vehicle, one on the backseat while the other drove. Then they dropped her home.

The victim did not inform the police. Dealing with the Indian Police, she felt, would be yet another trauma. She went instead to a psychologist. She left India within a week and vowed never to return. She is now back, however, with her partner, and regrets that she didn’t report the matter and the two rapists are free to get their way with other hapless girls.

There is no way of knowing who can turn out to be a rapist. Dr Rajat Mitra, a clinical psychologist and director of the Swanchetan Society for Mental Health in New Delhi, cautions against creating a rapist stereotype. As a counsellor of rape victims who has done extensive research on the behaviour of rapists, he says the will to commit a crime is all that is common to them. “Rape is a behavioural crime,” he says, “not a passion crime.” It is not about sexual fulfillment, but about the infliction of violence and the need to prevail. It rarely happens at the spur of the moment, as it is not an outcome of unbridled arousal. It is almost always a planned crime—with a strategy to trap the victim.

According to him, the Delhi gangrape of 16 December aboard a moving bus may have happened because the rapists had done it before and gotten away with it. So also the 22 August Mumbai gangrape of a photojournalist on the deserted premises of Shakti Mills. Sexual predators typically assume that they will not have to face any consequences. Police information suggests that at least one of the Shakti Mills rapists had raped ragpickers there in the past and thus probably saw the premises as a hunting ground.

Men of such depraved bents of mind usually pick a target, playing charmers at times, and once the target is trapped, are guided by a will to dominate. Many victims of rape say in their testimonies that the rapist covered their eyes with his hands during the assault. This suggests that the rapist is disconcerted by the victim’s glare of admonition.

Psychologists say that rapists often have maladjusted relationships with women and usually hold them in contempt. Many show psychopathic traits. Some are found to have had childhoods characterised either by violence or isolation and poor parenting.

Society cannot escape its share of blame, says Patricia Uberoi, former Professor of Sociology at Delhi’s Institute of Economic Growth: “We as a society give encouragement to violent acts against women, including rape.” Men at large are responsible for skewed gender equations in society, and the absurd and insensitive utterances of politicians on rape are a reflection of this malaise.

Police attitudes are part of the same problem. Two years ago, a woman in her fifties was attacked by an intruder at night in her house in Delhi’s Defence Colony and had to run and lock herself in a room. When the police arrived in the wee hours, the inspector asked the woman in a matter-of-fact way: “Did the intruder rape you?”

Violations of privacy continue despite Supreme Court guidelines on identity protection. In July this year, the Gujarat government revealed the identity of a seven-year-old rape victim by releasing her photograph when the state’s minister of state for education, Vasu Trivedi, paid her a hospital visit in Jamnagar. In Mumbai, The Times of India revealed the locality of the Shakti Mills victim’s residence.

Says Uberoi, “Masculine attitudes in society even legitimise rape. All men are responsible in creating highly asymmetrical gender attitudes. Men—though most of them will never rape—ventilate views and show attitudes in public that contribute to the creation of spaces, time and situations that are dangerous for women. They foster attitudes that legitimise rape or violence against women. If you ask me, ‘Do men contribute to gender asymmetry?’ My answer is ‘yes’.”

Mitra’s study points to some disturbing aspects of how rapists think. Many mix up violence and sex. They see nothing wrong in their actions and justify them in ways that betray both moral and cognitive failures. They feel women send them non-verbal signals of invitation. They feel women say they do not want sex when they do. Others feel that women need to be persuaded ‘strongly’ to have sex, and do not see the distinction between persuasion and violence. Some just cannot deal with a refusal; they see a ‘no’ as an affront to their masculinity and force as a way to gain submission or show who’s boss.

Last week in Jaipur, an inebriated 35-year-old man allegedly raped his three-year-old daughter after his wife refused to have sex with him. He raped his daughter in the kitchen and left her 150 metres away from his house before going to sleep.

One rapist Mitra spoke to expressed a belief that hitting women arouses them. Another considered having sex in a pool of blood an uplifting experience. As many as 15 per cent of rape cases reported are found to be sadistic in nature, with the rapist enjoying the pain he causes.

Rapists of such dispositions are seldom deterred by the penalties of law. Their sense of impunity would seem to be heightened by two factors in particular. One, being part of a gang of rapists—with a perverse legitimacy sought to be drawn from joint action. And two, being aboard a moving vehicle. Cars in motion have been the site of some of urban India’s most brazen cases. While the sense of mobility lets rapists feel they can literally get away, the vehicle’s cabin enclosure—especially if it has tinted windows—perhaps gives them the illusion of being in a sort of free-for-all zone beyond the reach of law.

In gangrape cases, Mitra’s analysis is that at least one of the rapists is not a first-timer. He is typically the initiator who plots the assault and also the first rapist, the one who uses force to subdue the victim. Once the traumatised victim gives up resistance, her mind having gone numb under the assault, the others take turns.

In car-assault cases, Uberoi sees the vehicle itself—a hunk of domineering metal and engine power—as a symbol that resonates with the psyche of rapists. Just as speed has its thrill, so to a demented mind does sexual assault. “A moving car is neither a public space nor private sphere,” says Uberoi, “[It is] a liminal space where people can shed their duality for a while and do things they would not otherwise do.”

Yet, bans on tinted windows and the like will achieve little to end that iniquitous sense of impunity. What is needed ultimately is gender equality in actual social practice across the country. “The constitution guarantees equality,” says Dr Ruchika Sharma, a lecturer of history at Delhi’s Kamala Nehru College, “I want to practice equality. I know this change is a slow process. But I want to be part of that process.”

Sharma participated in the public protests seen in Delhi late last year after the 16 December case that shook the country. That eruption was mostly an expression of collective anger against the State’s failure to implement the Rule of the Law. Asking for increased severity of punishment, according to Mitra, will not help. What is needed is far greater certainty of punishment. Would-be rapists must realise that this is not a crime that will go unpunished.

That certainty could also encourage victims to report cases. As of now, reporting levels are low. Two years ago, a Briton was raped at a hotel in Haridwar by a group of men. In trauma, she came to Mitra for counselling. All she wanted to do was catch the first available flight back to England, but Mitra convinced her to file a Zero FIR—one which can be filed at any police station in India irrespective of the site of the crime for it to be transferred to the appropriate location later. Despite their efforts, the police did not register her FIR. The victim left India with no action taken against the culprits. “The system failed me in India,” she said before she left.

Last week, a Zero FIR was lodged with the Delhi Police at Kamala Market Police Station against godman Asaram Bapu, accusing him of the sexual assault of a 16-year-old girl. This would be a Section 376 case under the Indian Penal Code. The alleged assault took place in Jodhpur. Mitra says that though there are no stereotypes, going by the cases he has examined, a relatively high number involve rapists who abuse the trust they enjoy on account of their profession—such as doctors, teachers and spiritual gurus.

Note: This article was modified after it was published.