The End of a Death Cult

Prabhakaran’s death is good for the Tamil cause in Lanka. Political process gets a chance to come back to centrestage 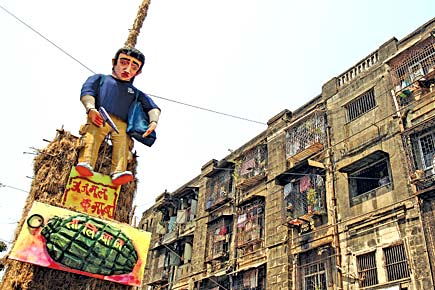 Prabhakaran’s death is good for the Tamil cause in Lanka. Political process gets a chance to come back to centrestage


If Prabhakaran is as dead as the video clip shows and he stays that way, Sri Lankan President Mahinda Rajapaksa and Indian Prime Minister Manmohan Singh have an opportunity on their hands to help Tamils live a more entitled life in the Sinhala-dominated island nation. That this opportunity has come after 34 years of bloodshed and at the expense of 60,000 people’s lives, torn limbs and orphaned children is the reason why it should not be squandered in lusty majoritarian celebrations, one of which was the anti-Tamil riots in Colombo in 1983. It killed over 2,000 Tamils. A riot is often a celebration gone wrong.

So is terrorism often a failed revolution. Since its formation in 1976, the LTTE has been fighting both an overt and covert war, with Prabhakaran leading it sometimes with moustache on, sometimes with moustache off. Moustache off meant he was in one of his hide-outs abroad. Moustache on meant you were in real trouble. But mostly, Prabhakaran fought with guns, bombs, cyanide capsules, women and children. To a good terrorist, everything is weapon material.

An organisation representing Tamil rights was on the cards since 1948, when the Sinhalas won independence from the British, who were seen by them as partial to Tamils. The British on their part had encouraged Tamils to come from India to work in the coffee and tea plantations in the central high lands. Escalating differences between the communities culminated in the Sinhala Only Act of 1956, which said Sinhala was the official language, and Buddhism the state’s official religion. In effect, Tamils were made second-class citizens.

When Prabhakaran set up his outfit, other organisations like the Tamil United Liberation Front and the People’s Revolutionary Eelam Front, though military minded, were open to a political process to achieve more federal freedom. Prabhakaran read in these necessary compromises betrayal of the Tamils. It is in this fertile land of frustration and distrust that he sowed the seeds of a dripping red Tamil Eelam. Pure non-vegetarian stuff.

From the very beginning, despite the revolutionary noises its spokesmen made, the LTTE was a military organisation. It was cripplingly deficient in political and ideological thinking. His all-too-ready militancy and anxious avoidance of politics both led and misled those Tamil youths who chose to stay on in war-ravaged Jaffna—and I can still recall from over 15 years back the image of a red curtain billowing out of the window of a gutted house—to the fatal conclusion that only war would win them a difficult second freedom.

India actively encouraged the LTTE. In June 1987, when Jaffna was under siege by Sri Lankan forces, India dropped 25 tonnes of food and medicines, helping Prabhakaran hold out and then extricate himself and his forces from near certain defeat. People who wonder now why it took so long to defeat the LTTE might look back to 1987 with profit. India is why Prabhakaran was inviolate. In July the same year, the then Prime Minister Rajiv Gandhi and Lankan President Jayewardene signed the Indo-Lanka peace agreement. Prabhakaran returned the favour four years later by assassinating Rajiv Gandhi.

This agreement was good to Tamils. It gave devolution of power to the provinces, a clear possibility for referendum for merger of the northern and eastern (Tamil) provinces, and official status for the Tamil language. The peace-keeping forces sent from India though were soon in trouble from both the LTTE and Lankan forces, ending in India withdrawing the troops.

There have been other ceasefires and agreements, but the subverted 1987 deal had every potential to protect and promote Tamil interests in Lanka, short of separate statehood. But for Prabhakaran, each peace accord and cease-fire was an opportunity for rest and recovery, not change. Indeed, nothing changed for him. He was in a time warp of his own making. And he was charismatic enough to entrance any suicide-aspirant, entice him into the zone.

The LTTE was a success as a protracted suicide mission. A death cult. It killed just about every volunteer on its rolls. It was an absolute failure as a revolutionary outfit. It brought about no changes in the power relationships of the people to the means of production. It got nowhere near spitting distance of Eelam. Tamils still remain at the mercy of the majority community. And they now have more ground to cover than when they started the race. The fated truth though is that they must still run it. But this time, their steps are likely to be lighter for the missing gun.