The Beginning of New Beginnings 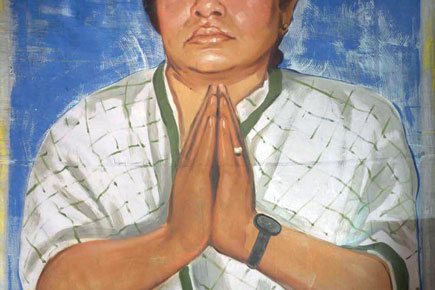 
Even though its own projections predict a hung house, the Congress is rather upbeat about the ongoing Uttar Pradesh (UP) elections. Combined with its performance in Punjab and Uttarakhand, where it hopes to significantly gain over its past tallies, the Congress also hopes it will be able to fix troublesome allies like the Trinamool Congress (TMC) at the end of this phase of Assembly elections. In UP, despite the party top brass’ denials that it will not enter an alliance with the Samajwadi Party, the Congress hopes to win new friends and influence the mood of the people. The Lokpal agitation and subsequent tabling of the Lokpal Bill in Parliament saw the TMC take a rather aggressive stance against the Congress. The Government’s inability to get the bill passed too was attributed to the Congress’ difficulties in getting its own allies on board.

The Congress hopes to fix the recalcitrant ally after the UP election. The TMC, meanwhile, has gone on overdrive in its anti-Congress utterances and is fighting the election in UP not an as ally but an opponent, albeit a small one.

After repeated losses of face in one scam after another, things have not looked up for the Congress in a long time. The last big achievement for the party lies buried in the results of the 2009 Lok Sabha election, when it buoyantly defied anti-incumbency and bettered its tally to cross the 200 MPs mark.

If things go according to the Congress’ plans now, it will be able to play a decisive role in determining who rules UP next. While the Bahujan Samaj Party and Samajwadi Party have been claiming that they will be in a position to form a government on their own, the Congress and Bharatiya Janata Party are at best fighting for the third slot in the results tally that will be declared on 6 March. And though its General Secretary Rahul Gandhi’s plan of seeing the Congress making it big on its own remains a pipe dream, the party is hoping that it will no longer be a fringe player in UP. At his press conference in Varanasi earlier this week, Gandhi proclaimed, “In this election, the Congress will be able to stand on its feet.” He perhaps meant that the party will no longer be the fence-sitter that it has been in the state. To emphasise the point, he went ahead and suddenly stood up on his feet. “It will stand up like this,” he said imparting a visual dimension to his assertion.

But, look at things from the perspective of the TMC. Not only is it openly campaigning against the Congress in UP while making a pitch for itself, it has also entered an agreement with the Janata Dal-United (JD-U), which is part of the BJP-led National Democratic Alliance .

“We could not work out a seat-sharing agreement with the TMC because they belong to the UPA and we are a part of the NDA, but we have decided to support each other in a few constituencies. The idea is to send out a message that we are together on a number of issues,” JD-U General Secretary KC Tyagi tells Open. “We are not doing this on behalf of the NDA,” he adds for good measure. In UP, the JD-U is pitted against the BJP. The message is clear: in coming together, the JD-U and TMC both want to teach their more powerful allies important lessons. While the BJP has been showcasing the Bihar success story as a combined feat of the NDA, its partner in the state has been peddling it as JD-U leader and Chief Minister Nitish Kumar’s achievement. The difference in portrayals has blown up into a full-scale battle between the two allies.

Based on the numbers that the big players in Uttar Pradesh—the BSP, SP, BJP and Congress—get in the state elections, the two could either work towards cobbling up a third front that could ally or seek support of either the NDA or UPA. The CPM had led the last effort to put up such a front in the run up to the 2009 Lok Sabha election. The CPM’s effort was limited by the fact that it could only work on a group that would decidedly be a non-Congress and non-BJP alternative. In case of both the JD-U and TMC, there is no such ideological limitation, and that opens up a number of options for political realignment before the country’s next Lok Sabha election.