The B, C and D of Governance

At the civil service academy in Mussoorie, he taught probationers the value of the A B C of Governance. He abandoned it hastily once confronted with reality. Here’s why, in his own words. 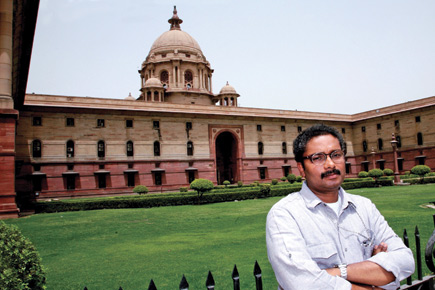 He taught probationers the value of the A B C of Governance, but abandoned it hastily once confronted with reality.


Coming down to assist a junior minister in the Cabinet from the rarefied environs of Mussoorie—where I taught trainees joining the IAS the ABC of governance—the BCD of running Delhi was truly instructive. Once I took over as private secretary, a friend texted me: ‘Time to start practising what you preached.’

One hadn’t the slightest idea that a complete reversal of the lessons of etiquette one imparted meticulously at 6,000 ft would be done in the plains of Delhi. We taught officers to be courteous even to subordinates, never to raise one’s voice, and be ever-polite. I tried to practise some of it, with disastrous results in my new avatar.

In the first few days, one faces teething trouble in any office. I wanted a dictionary when I was preparing a speech for the honb’le minister and called for it from the library. The librarian made a kind appearance in my chamber, but had a huge issuing ledger in his hairy hands instead of the dictionary. He convinced me that I don’t need a dictionary so soon after my office (some assistant) had got it issued just last week. If he issues it again in so short a span, and some supremo like a secretary wants it in the meantime, what explanation could he give the dignitary? Certainly the incumbents of ministerial offices are not illiterates to refer to the dictionary every week… Besides, whatever is written for the minister becomes language and grammar and the department is bound to follow the same. If the minister spells ‘food’ wrong, the department has no option but to adapt! So went the SOB’s argument. Tired, I opted for the internet dictionary, which worked well whenever there was power.

The alternate power system failed daily, the intercom didn’t work, the toilet door of the minister’s chamber wouldn’t close (a thoughtful step to further transparency), the staff toilet leaked into the corridor reminding everyone that more needed to be done on the total sanitation front, and even the minor repairs indented by the minister failed to materialise.

Insufficiency of funds, economy orders in force and lack of any budget head (and not human head) made recurrent appearances as excuses. Lack of sufficient interest was written large on the concerned deputy secretary’s face, but I didn’t know then how to crack him. No, he can’t offer me a laptop, the desktop still has some life left in it. In government things work surely but slowly. I was getting lectured.

In the coming weeks, the minister realised that he was much better off as a minister in the provincial cabinet. Delhi was designed to be run by petty babus who were determined not to let the elected minister work. They, in the next few weeks, refused to buy the minister a vehicle that could save him a broken back, thrusting a defunct Ambi on him while shamelessly appropriating the Hyundai Accents for themselves. “You are a Minister, Sir, you have to look economical,” they told him with visible jest.

In the next few days, the minister’s cellphone conked off since the deputy secretary failed to pay the phone company on time, his constituency phones were cut for lack of payment and his medical bills rejected by the accounts department. His bungalow leaked with pouring rains lashing into his bedrooms, his porch was never painted, and his staff rooms never furnished. His visitors had no place to sit. To cap it all, the deputy secretary had the temerity to send a nasty note that some joint secretary (a middle-level official) and the junior minister had exceeded their petrol consumption by a few litres shall be hanged from the nearest lamp post.

That was break point for him, a kind gentleman from the shores of Kerala. He called me and asked me to get the department’s act together. I didn’t know how to get the house in order until another not-so-kind gentleman entered my chamber one afternoon. He was a man of the world. He watched me work for a few minutes and diagnosed my problem for me. “The trouble is you are very polite, Delhi isn’t.” Then he proceeded to give me the mantra of ‘B, C and D’ which runs everything in Delhi. I was new to Haryanvi expletives, but I liked this one. To accuse one of having slept with one’s sister is amusingly attractive as an expletive. It indicates incapacity and perversion at one breath. It is almost musical. He made me practise my new mantra of governance, in place of the old ABC, that was Alertness, Brevity and Camaraderie, and asked me to try it.

I called for the dictionary again and the librarian reappeared with his ledger in no time. But this time before he could speak out, I blurted out: “Bhen..Ch… D… do you need your job here or not?” Tears streamed down his face as the ledger disappeared and the dictionary made its appearance on my desk. (Hey presto, it works!) “Saaala, ainda mujhe lecture mat dena (Scumbag, don’t ever lecture me again).” Thus ends the first experiment with a resounding success.

I ask the incharge for rooms to part with an extra room for the minister’s visitors. He looks at me like a snake, as if I have asked to sleep with his wife. I coolly tell him that I have forcibly occupied the nearby joint secretary’s room and he can allot a new one to that hapless soul. His eyes pop out, but he can’t say anything, since it has transpired through the department that my favourite word is… you guessed right. In five minutes, I get the visitors’ room, denied to me for five months.

Then comes the turn of the bigwigs in the CPWD. An angry note is sent to summon them to a volley from the minister. Those dragoons try to convince me that they have taken every effort to repair the rooms to our satisfaction. I tell them that the taporis (scoundrels) in Chandni Chowk are better professionals. The message goes home. Work is done in a week. The magic of the keyword in Delhi works. Hurl ‘B… C… D…’ at anyone, he eyes you with reverence and complies. He understands, as Delhi has always done under the various emperors who rough rode her that B… C… D… is the Word of God. It has no alternative. It is muttered by only the regal, the powerful and the worthy who can afford to call a spade a spade.

Just the other day, another officer joined as private secretary in a minister’s office and asked his department for a car. Some mutant of our DS (admin) there tells him he has no entitlement to a car. He calls me in distress. I give him the mantra. I tell him to tell the JS (admin) that if he doesn’t get a car before he counts till ten, there will be a note from the minister withdrawing the permanent secretary’s car, to be attached instead with the minister. How will the senior bureaucrat go home? “Let the bugger walk or take the metro tonight,” I tell him coolly.

This is a democracy, damn it! If there is just one car, the minister gets it and not the Johnny. It didn’t come to it. Just a mention of withdrawing the senior’s car brought the JS to his senses.

Therefore, the undersigned hereby changes the A, B and C of governance to the simpler, elegant and well thought out command for getting things done in Delhi. When even the slight signs of a ‘no’ are on the horizon, just curl your upper lip and mutter, “B… C… D… kab karoge mera kaam (… when will you do my work)?” with the hoarsest bass you can command. The most tight-assed deputy secretary can be seen turning around and offering tofa kubool (obeisance).

I shudder to think what will come of Delhi without the key word that presses everyone to action stations. If there is space for a minor national motto after ‘Satyameva Jayate’, the BCD word should come in as a very deserving candidate indeed. Sometimes I feel that even ‘Satyameva…’ is better said, “BCD, sach bolo… varnaaa..”(BCD, speak the truth, or else…).

Dr B Ashok, IAS is private secretary to Union minister for agriculture, consumer affairs and food.