Ageing couples with IVF babies are the toast of their villages. But the joy has not always lasted 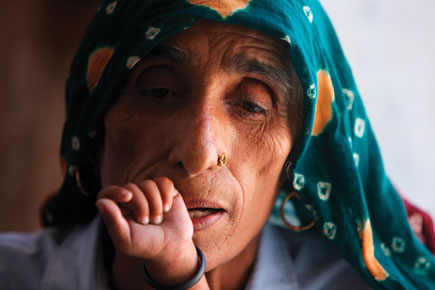 Ageing couples with IVF babies are the toast of their villages. But the joy has not always lasted


In rural Haryana and Western Uttar Pradesh, In-Vitro Fertilisation (IVF) has taken on mythical proportions. At every village square, there is talk of the ‘miraculous operation’ which gifts childless women with progeny. There are tales of women well in their 60s and 70s suddenly being blessed with twins and triplets, tales that have become part of village well folklore. In a society where a woman’s worth can depend on the children she bears, test tube babies are doing what ancient demigods did with their vardaans (boons): redefining life and its limits of possibility.

And it’s well within financial reach. All it takes is about Rs 1.5 lakh and enough cash to visit a small-town clinic in, say, Meerut or Hisar, which in a reverse trend of sorts have been attracting couples from big metros like Mumbai and Delhi (and even overseas), where IVF treatment costs as much as Rs 3–4 lakh (it’s $20,000–25,000 in the US).

Women older than 50 make up a surprising number of patients at clinics like Dr Anirudh Singh’s in Meerut and Dr MR Bishnoi’s National Fertility and Test Tube Baby Centre in Hisar. “Why should age constrain them from starting a family? Better late than never,” says Dr Bishnoi. The two clinics teem with the expectant faces of people who have mortgaged their farms and cattle in the hope of a child (son, in most cases). They haven’t yet given thought to the child’s future if they lose all their assets to fund the cause, though. Doctors insist that the procedure has only a 30–35 per cent success rate, but this deters nobody.

Open tracks down five couples who stretched their meagre resources to shed the social stigma of childlessness. Most feel that the arrival of a baby has transformed their lives, made it complete. Some, however, haven’t got quite the fairytale ending they were looking for. This is not a story of technology, it’s a story of heartbreak, pain and hope.

Basking in IVF glory these days is a house in Doghat village of UP’s Baghpat district. The yearning of an elderly couple has finally been met: a male child. As soon as one enters Inder Pal ‘Natthi’s’ house, one can’t help but notice a crowd of women around a cherubic baby. Chirag is a perceptive child. Barely a month old, he knows when to reclaim his family’s attention with a bawl. As relatives swarm in to see the ‘blessed baby’ born to 63-year-old Gajana and her septuagenarian husband, Chirag raises his pitch. To sister-in-law, Chand, it’s a sign. “He is proof that God exists,” she declares, “otherwise why would she have been blessed with a son at this age?”

Unaware of the momentous argument just laid to rest, six of Gajana’s grandkids are here on a visit as well. “It’s not every day that one has a baby uncle,” laughs 15-year-old Sonam. Of Chirag’s nephews and nieces, the oldest is 25 years old and married.

Two years ago, the mood in this house was very different. Gajana had lost her young son, “the light of this family”, just a month before his wedding. On the advice of a neighbour, they went to IVF specialist Dr Anirudh Singh; two years and Rs 4 lakh later, their lives were illuminated once again—by Chirag. “I didn’t care about the loan or for my life,” says Gajana, “All I asked God was don’t give me a daughter. I already have seven of them.” Though the couple is ecstatic, what happens next is not very clear to them. Their huge extended family of brothers, sisters and sisters-in-law, they hope, will help take care of Chirag once they are gone.

Doghat is a village of contrasts. Of joy and sorrow, laughter and tears, loudness and quietude. Visit Omkari Devi’s eerily quiet home, and the contrast from Gajana’s household is striking. In 2008, Omkari became a global media darling when she gave birth to twins at the age of 70. She was hailed as the world’s oldest mother, a title she now shares with Haryana’s Rajo Devi Lohan. Today, however, the joy seems to be missing from her eyes. One of the twins, the girl, died of pneumonia seven months after her birth. Ever short of funds, the couple sent the son, Akash, to live with their eldest daughter a couple of villages away.

The house mirrors the state of its owners. Ramshackle and tattered, both the home and owner seem on the verge of a breakdown. Once a proud owner of cattle and a small sugarcane field, Charan Singh mortgaged his land to raise money for the IVF job, with the result that there is nothing left for Akash to inherit. He now depends on his two elder sisters for his upbringing. Yet, 80-year-old Charan Singh insists that all this has been worth every rupee, as he will now die a happy man. He has a son to take his name down the generations.

However, the separation from the child has taken a toll on him. Two years ago, he was the pride of the village. Today, he is known as ‘mental’ as he goes about ranting about his poverty. The administration, he hopes, will help. “I have told the District Magistrate that when I die, the local government will have to take care of the child,” he says grandly, as his neighbours snigger.

Some 32 km away, in a spacious house in Meerut, the scene couldn’t be more different. Yuvraj is barely two-years-old, and his parents have already chalked out his future: schooling at Welham Boys’, Dehradun, followed by college in Delhi, and culminating in a career with the Indian Administrative Service (IAS). Yuvraj, after all, has come to them after years and years of prayer and a little help from science.

Chanderbal Tyagi is 58, and he insists his IVF decision had nothing to do with a male fixation. All he wanted was a ‘complete family’; “Hum doh, hamaare doh,” he grins. The couple already had a daughter, now 16. But ten years ago, his wife, unable to conceive again, consulted doctors at Mumbai’s KEM Hospital. It didn’t help. A couple of years later, while leafing through the newspaper, an ad caught his attention. “It was for Dr Anirudh Singh’s clinic right here in Meerut. We decided to give it a shot,” he says, pleased at how it all turned out. “Earlier, Meenu would always be irritated, as if something was bothering her. Now she feels so much younger,” gushes Tyagi, of his wife.

WHEN IT’S LIFE ITSELF

In the relatively prosperous Jat belt of Haryana, being left moneyless is much less of a problem. If it’s a child they want, they are only too pleased to put down the cash for it. The case that first popularised IVF in the state was that of Rajo Devi, who became a mother at 70 in November 2008 (the world’s other ‘oldest mother’). “Chamatkari bacche ke ghar jaana hai na?” (You want to go to the house of the miracle baby?),” we are asked as we search for her house in Alewa village of Haryana’s Jind district.

The world’s oldest reason thwarts this attempt to meet her: she’s not home. We find that Rajo and her husband Balla Ram have gone to Hisar to consult their doctor, Dr MR Bishnoi. When we track them down to the good doctor’s clinic, we notice hordes of elderly couples gathered around Rajo Devi, who is busy playing live celebrity endorser, telling them all the wonders of IVF.

When the septuagenarian couple had a baby girl, Naveena, they hit instant fame in the district. Their 58 years of marriage had been spent lowering their gaze in childless shame. Now they have a baby girl. And to the people of Alewa, a girl child is better than no child at all.

In a state infamous for female foeticide and infanticide, the couple’s devotion to their daughter is touching. Rajo clutches Naveena close to her chest, waxing furious about the barbarians who kill “ghar ki Lakshmi” (the wealth of the house). She says that her husband was clear that he simply wanted a child, be it a boy or girl.

“Within 15 years of being married, we tried quacks and herbal medicines, but nothing worked. Then I married Rajo’s younger sister, Omi, in the hope of siring a child, but even that didn’t help,” says Balla Ram. It was only in 2007 that the success rate of Dr Bishnoi’s clinic came to their attention, and they went for it. Both sisters were tested to identify who’d better suit the procedure. “Omi, who is eight years younger than Rajo, suffers from high blood pressure. That’s why we chose Rajo instead,” explains Dr Bishnoi.

Haryana is full of IVF record holders. We visit yet another titleholder, the oldest known mother of triplets. A word of caution for anyone who visits Bhateri Devi with a camera in tow—the benign, toothless lady turns into a hissing, spitting fireball. At 66, she had triplets in June this year, but lost one of them, a son, barely 22 days after he was born. She blames the excessive media attention. “The camera stole my child’s soul. The chimkara (flash) has made my children unwell,” she growls.

Her relatives ask us not to blame Bhateri Devi for her fierce protectiveness. She had been childless for 44 years. And now with her husband admitted to hospital on account of breathlessness and chest pain, the two surviving children have become Bhateri Devi’s only support system.

Well-wishers believe that Bhateri deserves at least this chance at lasting happiness. She’s had a life full of woe, watching on silently as her husband went on to marry twice again. “My middle wife is mentally unstable, and the youngest doesn’t get along with the family, so I chose Bhateri for the IVF procedure,” says 70-year-old Tau Deva, who we meet at the hospital.

The patriarch proudly shows us a picture of his cherubic son, Bhupinder Singh Punia, on his mobile handset. The baby girl’s picture, however, is missing. “Woh album mein hai (It is in the album). You can see it at home,” he says warily. He goes on to talk about how his children will never suffer any lack of money, even if his health fails him. “I have huge fields and farmland. I have even leased out four shops. Even when I am not there, my children will never be poor,” he says with a smug flourish.